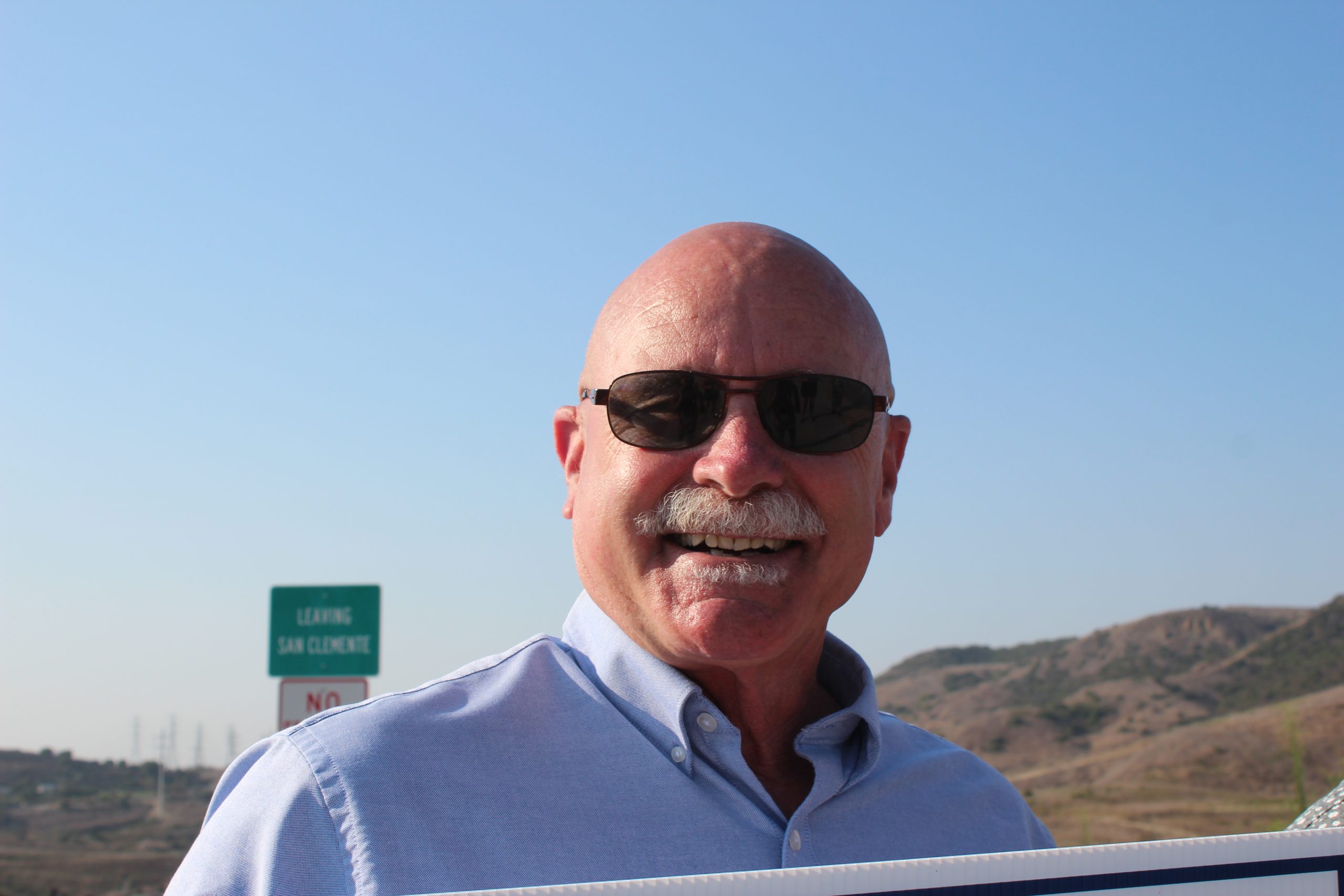 Bill Hart, an active member of the local community and an instrumental figure in San Clemente’s beach trail development, died Saturday, May 15, at 67. He was surrounded by wife Christy MacBride-Hart and twin sons, Andy and Bob, along with brother Howard Hart.

“Bill fought until the end,” a mourning Howard said of his brother who had been diagnosed with lymphoma this past March.

In late April, Bill’s family and friends organized a blood drive, encouraging the community to donate blood to support Bill’s treatment. The response, Howard explained, was overwhelming, as more than 50 pints were donated.

“I think that speaks to the high regard that people held for Bill; that they would come out in such numbers,” said Howard, a San Juan Capistrano councilmember, who’s heard from several of Bill’s friends in San Clemente since Saturday.

“One thing that one friend said: ‘he never met anybody that had a bad word to say about Bill.’ And that speaks a lot to the type of man Bill was,” Howard said.

For the past several years, Bill has been civically engaged in San Clemente, and is known by many to dedicate his free time to helping the community.

Bill previously sat on multiple city committees such as the Coastal Advisory Committee and Public Safety Task Force. He also led and participated in various groups and nonprofits such as Derail the Trail, the Watershed Task Force and PierPride Foundation.

Bill’s prominent area of focus, Howard said, was preserving San Clemente’s coastal charm, such as its beaches and waters. One of his shining achievements was his effort to improve railroad safety—an endeavor that led to the creation of San Clemente’s Beach Trail.

Last year, Bill campaigned for a city council seat, and ran on a platform of helping businesses get through the pandemic, protecting taxpayers from government overspending, and supporting local law enforcement, namely adding more deputies in town.

One of the former city council hopeful’s most important traits, Howard remembered, was his civility—most notably when it came to speaking with others whose views ran contrary to his.

“Whatever the cause he was supporting, he made his case eloquently and in a manner that did not offend those who were in disagreement,” continued Howard.

For Howard, Bill was his best friend. He said he was fortunate to have had Bill in his life, noting that the two got to share a lot of great talks over the past few months.

“It’s a loss that I’ll never replace in my life but I’m just so fortunate to have in my life,” Howard said.

Asked how Bill will be remembered by both himself and the community, Howard said he was a great father and husband, and pointed to Bill’s time as a Scout Master for his two sons when they growing up to become Eagle Scouts.

“He was a man on honor and integrity and he absolutely loved the city of San Clemente,” Howard said.

Bill “just did things the right way,” Howard added, before touching on Bill’s favorite NFL team. “And he was a diehard Raiders fan.”

Speaking with San Clemente Times on Monday, April 17, MacBride-Hart concurred with her brother-in-law: Bill “was an ardent Raiders fan” and would oftentimes make the drive to Oakland to watch them play—prior to the team’s relocation to Las Vegas.

MacBride-Hart encouraged those looking to donate blood platelets and plasma to do so as often as they can, as doing so will help support those like Bill who required a lot of blood for his treatments.

“We’re incredibly grateful for all the people who donated blood like he needed,” she said, highlighting the San Diego Blood Bank and the American Red Cross in Laguna Hills as two organizations with which to donate.