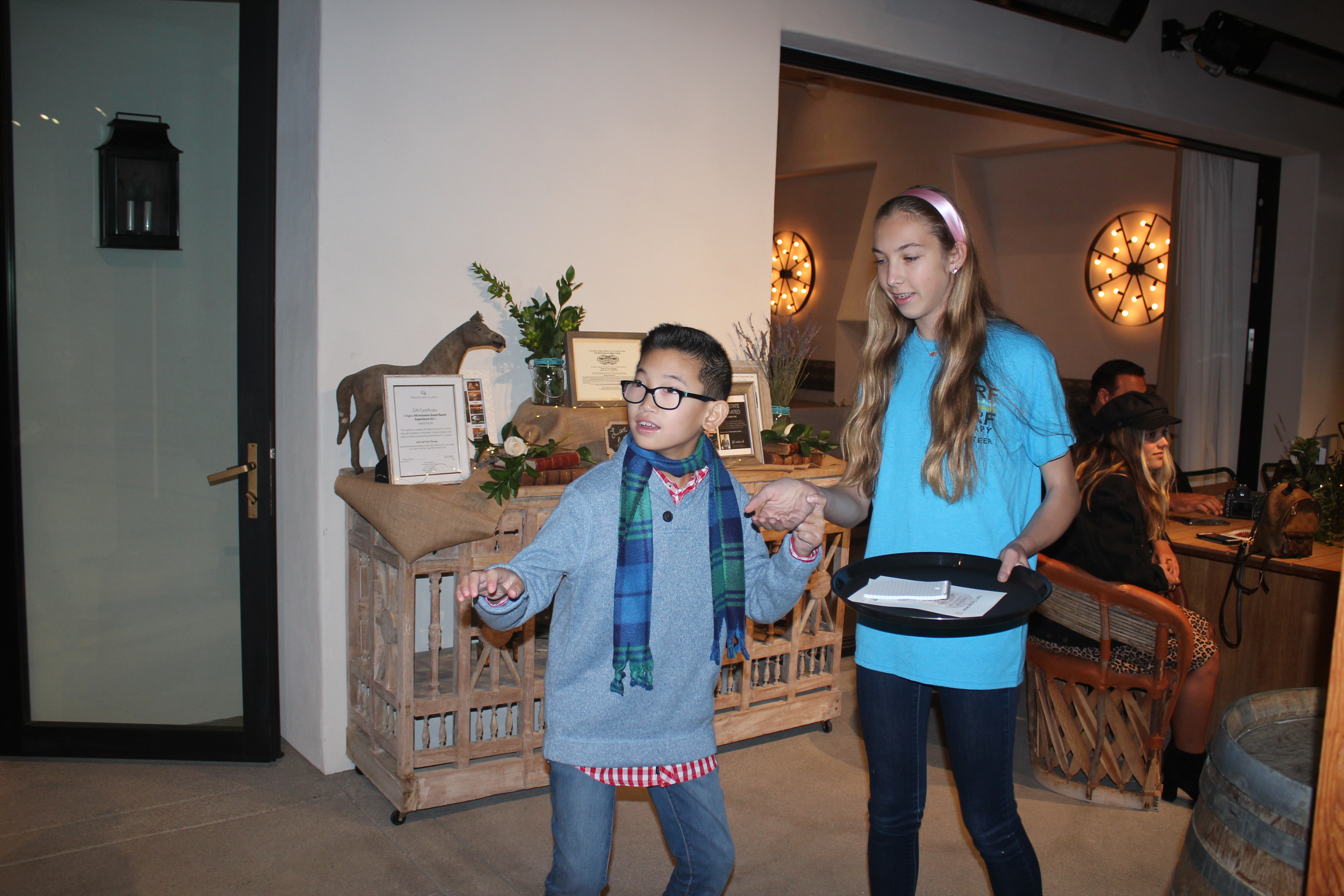 Surf & Turf Therapy, which uses equine and surf therapy to address strength deficits and other physical issues, got a boost during a fundraiser on Thursday, Nov. 14.

The local nonprofit organization held a fundraising event at Orange County Polo Club that featured music, food, and polo matches and brought out patients and supporters. The equine therapy barn is based in San Juan Capistrano, and the surfing is mostly done in Dana Point.

“We were founded in September 2018. We started just with the surf side of the program,” said Jillian Stewart, founder and executive director. “We have speech, physical, and occupational therapists on staff using both of these kind of more non-traditional approaches to still work on functional, day-to-day goals.”

Patients learn to use both sides of their bodies, sit upright, and language skills.

The therapy “is geared towards anyone and everyone,” said Stewart, a physical therapist. “My youngest is a 2-year-old with cerebral palsy and my oldest is an 84-year-old struggling with some memory loss. I have a wide range of ages and disabilities—cerebral palsy, stroke, traumatic brain injury, spinal cord injury, Down syndrome, autism.”

Suzan Koo-Mahathirath said Surf & Turf has helped her son, Keilan Mahathirath, who turns 13 in December, with core strengthening and motor planning. Koo-Mahathirath likes how Stewart addresses all needs and works with children.

“We have been doing it since the summer, so it hasn’t been too long, but in the short amount of time he has been with Surf & Turf and specifically working with Jillian, he’s improved a great deal,” Koo-Mahathirath said. “He enjoys it. He loves it. He loves the social aspect of it. Every time he goes to a session, there’s new volunteers, and it’s engaging for him to interact with all of these new individuals and it helps him want to do better and perform for the people that are volunteering.” The event at Orange County Polo Club—a big supporter of Surf & Turf—was the first formal fundraiser for the nonprofit. For more information, visit surfandturftherapy.org