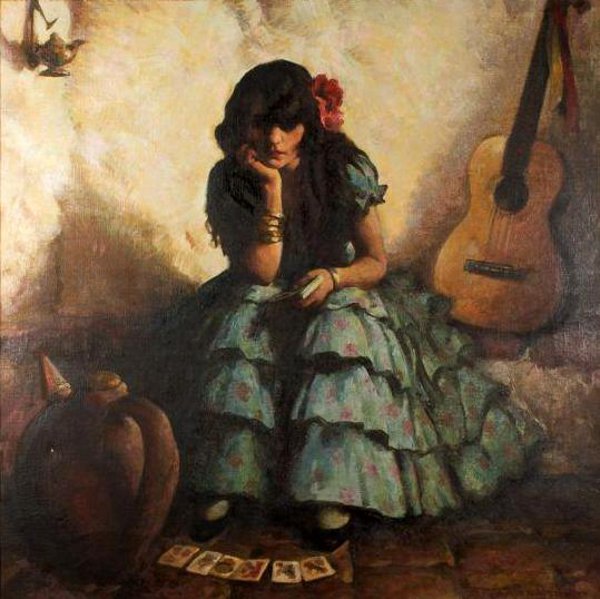 Then & Now: An Artist Inspired

Charles Percy Austin was one of a number of artists that came to San Juan Capistrano to paint the iconic mission and enjoy the hospitality of Father St. John O’Sullivan.

Austin became interested in painting at a young age and decided to pursue a career in the arts rather than follow in his father’s footsteps as a lawyer. He studied in New York and France and embraced the Impressionist painting style. Austin ultimately decided to settle in Southern California after hearing about the warm climate, picturesque landscapes and growing community of plein-air artists.

He arrived in Los Angeles in 1908 and immediately felt at home. It didn’t take Austin long to apply his brush to his new, colorful surroundings. The diverse environment led to paintings of the inviting coastline, distinctive adobes, California missions, desert vistas, as well as figures in traditional Hispanic attire.

A few years after his arrival in Los Angeles, Austin visited Mission San Juan Capistrano, and his heart never really left. He was taken in by the mission’s haunting beauty and graceful architecture, and he began to paint. Austin continued painting the mission and local figures for more than a decade and, in 1922, was married to his wife, Martha, in its courtyard.

The adjacent painting is not only an engaging piece but also the source of some mystery. Austin has portrayed the image of a beautiful woman, but who is she? Titled “La Buena Ventura,” this painting is part of the permanent collection at the Bowers Museum and, according to their documents, the woman depicted is Austin’s wife. However, others believe that she is Eustalia Soto, daughter of Mr. and Mrs. Jose Soto of San Juan Capistrano.

And, while we may never know the answer to the question, we can appreciate the works of Austin and his fellow artists who have preserved in paint glimpses into our town’s past. Austin’s paintings can be found at the Bowers and Irvine Museums and as part of Mission San Juan Capistrano’s permanent art collection.

Moments in Time: Days of Our Lives in SJC: Part 1

On Life and Love After 50: How Important Is Compatibility in Relationships?