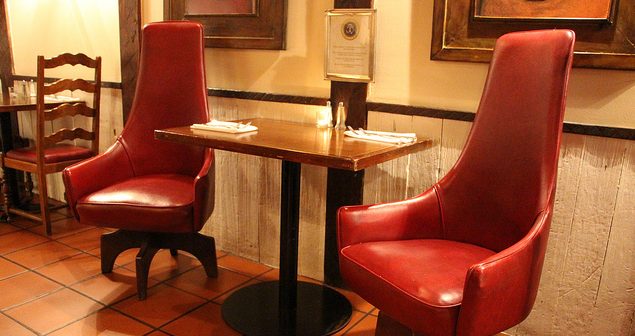 First opened in 1948, one of the most iconic restaurants in Orange County is El Adobe de Capistrano. For generations, visitors and residents have enjoyed family meals, shared drinks with friends and celebrated special occasions in an atmosphere filled with warmth and imbued with history.

However, in 1957 San Juan Capistrano almost lost the beloved landmark when a fire raged through the building, gutting the kitchen and roof, causing significant damage to the rear of the structure. Onlookers feared for the worst as smoke engulfed the restaurant, obscuring the famous El Adobe sign as dark clouds swirled around the outer walls and billowed through the charred roof. The restaurant was ultimately saved and what could have been a disaster turned out to be a blessing in disguise. The historic building was not only repaired, but many improvements were made, including a bigger and better kitchen.

More than a decade later, President Richard Nixon purchased what became known as the Western White House. He brought a large party to El Adobe looking for a Mexican meal. The menu did not include Mexican fare, but since you don’t turn away the President of the United States, food was brought in and the evening was a success. The chef continued to prepare Mexican dishes for Nixon and the restaurant became one of his favorites. Nixon brought many notable guests with him, including Henry Kissinger, the crown prince and princess of Jordan, Anthony Quinn, Clint Eastwood and John Wayne, were among those who dined under the wood-beamed ceilings.

The story of the El Adobe is nearly as long as the town itself. The property has served as a residential home, a trading post, a stagecoach stop, a post office and what is now the wine cellar was the town’s jail. Today, you can order the “President’s Choice” and eat like a POTUS, or simply take in the charm and character of the old place that will hopefully be serving up local history for many years to come.

Rhonda deHaan is a resident of San Juan Capistrano who enjoys sharing fun photographic finds as she continues to learn more about this unique town. She is a proud mother of two, a freelance writer, and a member of the SJC Friends of the Library and San Juan Capistrano Historical Society Board of Directors. She is serving her fourth term as a member of the city’s Cultural Heritage Commission.