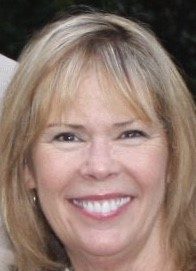 Jennifer Darling, 65, passed away on August 6th, 2019.  She will be remembered for her smile and her fun and nurturing spirit.

Born in Pasadena, California, she was the daughter of William and Helen Darling.  Jennifer grew up in Alhambra, California with her twin brother James and two older brothers, William and Michael. Jennifer graduated from Alhambra High School in 1972. She moved to San Clemente, California in 1974.

Jennifer served at various Christian churches throughout her life in Southern Orange County. She enjoyed attending Bible Study and giving back to the community. Jennifer loved music, dancing and entertaining.  You would find The Beatles, James Taylor, Rod Stewart or Zac Brown Band playing in her home or while she tended to her beautiful garden.

She is survived by her children, Amysue Baker, Matthew Stone, son-in-law Brad Baker, and grandchildren Benjamin and Grace.