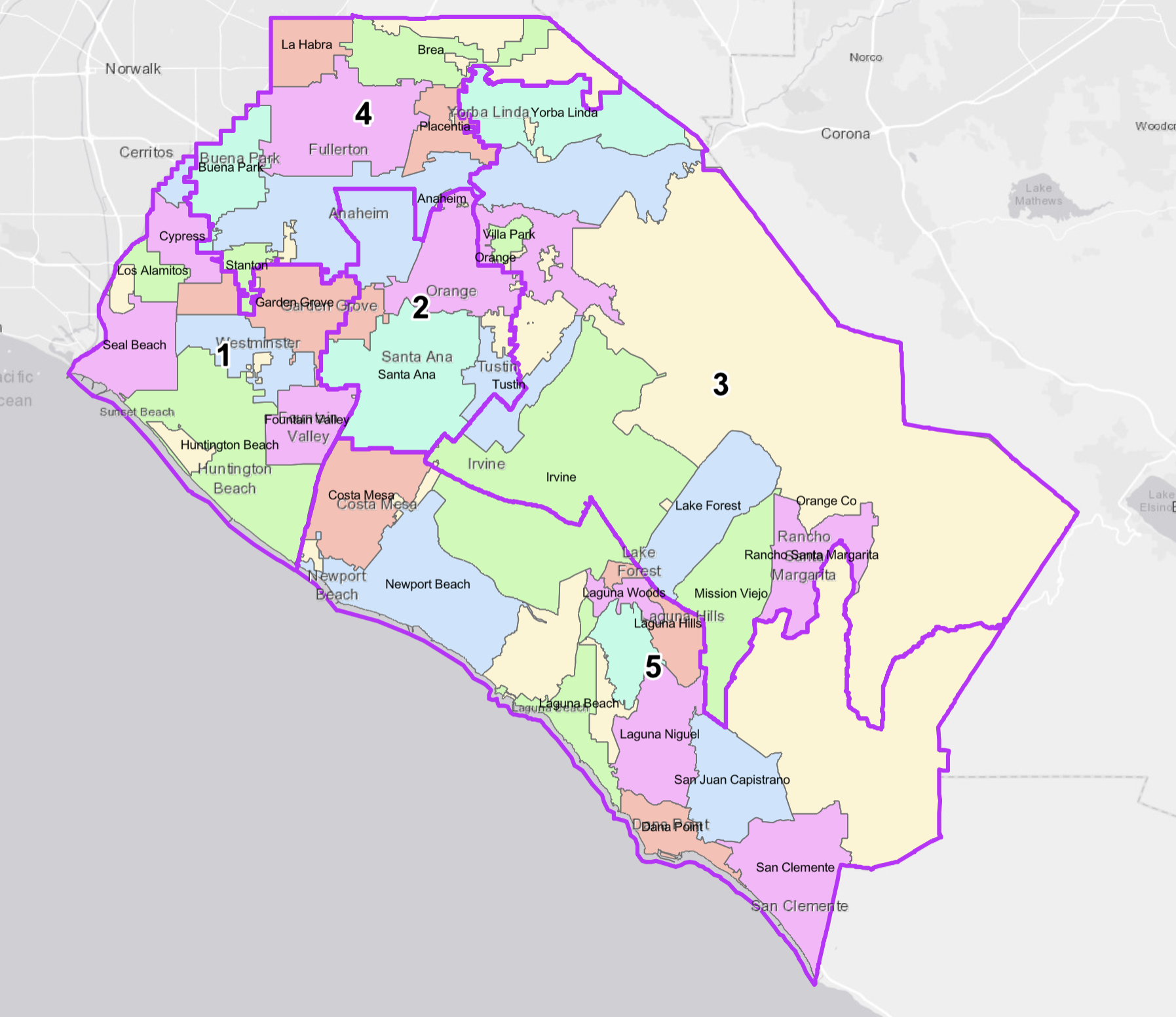 Featured Image: The Orange County Board of Supervisors selected the pictured map, titled Map 5A1, which will largely keep South Orange County under one district. Photo: Courtesy of the County of Orange

The OC Board of Supervisors’ debate over selecting a new map to redraw district lines concluded on Monday, Nov. 22, as they selected a map that will largely keep South Orange County under one district.

Using data from the 2020 Census, the board is required to select a new map from a handful of choices. The selected map was initially drawn by the People’s Redistricting Alliance and supported by groups such as the American Civil Liberties Union and UCLA Voting Rights Project. The map was then modified by District 4 Supervisor Doug Chaffee.

“I think the 5A1 map really addresses a balanced approach to creating districts that work for everyone,” said District 5 Supervisor Lisa Bartlett, who represents the South Orange County cities of Dana Point, San Clemente and San Juan Capistrano. “And there’s no map that’s going to make everyone 100% happy.”

Bartlett added that the chosen map complies with the Voting Rights Act and the requirement to have a district with a majority from a minority group. It also, she said, had the least number of cities split between districts compared to other maps.

Bartlett appreciated that the map keeps South County cities together after strong input from residents, businesses, and elected officials called to keep the 11 cities from being split up. She added that the map “is the fair and balanced map.”

“As I’ve always advocated, South County is just different from the rest of the county, because all the cities—the 11 cities down there, for the most part—they’re kind of like children that grew up together,” Bartlett said.

“They all got incorporated about the same time. They have a lot of things in common, they share one freeway, not a myriad of freeways; there’s a different traffic pattern,” she continued. “There are just different things that pertain to South County that are different from the rest of the county.”

County staff will prepare an ordinance for approval at the supervisors’ Dec. 7 board meeting to officially adopt the new map. The new district map is expected to take effect Jan. 7, 2022—30 days after the supervisors adopt the ordinance.