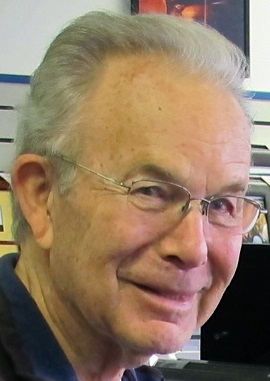 Old San Juan: Hotels of Our Past and Future

San Juan has been home to several hotels in the past. Could another be on the way?

There’s a lot of news lately about our town getting a grand new hotel behind the late Judge Richard Egan’s Harmony Hall house. Hilton wants one built in our downtown to accommodate our many visitors who want to walk to our historic sites and fine restaurants. It’s going through a maze of red tape for approval.

In the early Mission years, the padres accommodated travelers in one of the Mission’s rooms, but when Domingo Oyharzabal came to town in 1867, he met Juan Sallaberri and together they bought the Casa Manuel Garcia Adobe. They extended the second floor and established the French Hotel. This adobe is no longer a hotel, but it’s still here and is located two doors north of El Adobe de Capistrano Restaurant on Camino Capistrano

El Adobe was originally two adobes that had a passageway between them for the stage coach from Santa Ana to San Diego to stop and unload passengers for a meal, break or to change horses. Some riders stayed overnight at the French Hotel to visit our village and the Mission ruins.

In 1875, Marks Mendelson established a two story wood frame hotel on El Camino Real where our Historic Town Center Park is today. He called it the Mendelson Mission Inn. It was quite grand and had accommodated many prominent people, some of whom used to go the old San Juan Hot Springs out east along the Ortega Highway. The accommodations at the hotel were far better than at the hot springs. Famous Shakespearean actress Madame Modjeska visited here to socialize with locals like Judge Richard Egan, Marco Forster and Henry George Rosenbaum.

When the first movie was made in San Juan Capistrano in 1915, famous movie actress Mary Pickford and director/producer D. W. Griffith and most of their crew stayed at the inn as well. Later more movies were made in this area and the inn accommodated them all. Many social events were held in this grand old hotel. Eventually the Inn fell on hard times and was torn down in the early 1930s.

Then Fred Stoffel built a really grand brick two-story Capistrano Hotel on Camino Capistrano in 1920. It was quite a place and offered all the modern amenities of the time. San Juan was always a popular spot for visitors to the Mission and a convenient stopover for those driving to San Diego or Los Angeles. In 1942, when President Franklin D. Roosevelt got off the train to motor down to Camp Pendleton, the hotel and many other buildings in town had Marines stationed on the roofs with guns to repel any potential threats.

On another occasion, a group of guys pushed a cow up the stairs without being spotted by the Capistrano Hotel clerk. They abandoned the poor critter there and the animal blared for hours in the hallways awakening all the guests. The hotel was torn down in 1965 and replaced by a wax museum—which didn’t last very long.

Later we had two fine motor-inns, the Mission Inn on Ortega and El Camino Real, which has been torn down, but the Best Western on the Ortega Highway, east of the freeway, still stands.

In the past 25 years we have had three proposals for a downtown hotel. Two have failed—one across from the Mission and another for the Historic Town Center Park. The third we wish well for approval.