In 2009, I published a book titled How 50 Couples Found Love After 50. The book was based on information that readers had provided to me. The purpose of the book was to give hope to older singles that romance can happen later in life. Approximately half of the couples met online.

The book actually features 58 couples. After the book had been edited and the artwork approved, eight more stories arrived in my inbox. My editor said, “Don’t change the title or artwork; include the eight added stories as bonuses.”

I was honored to have John Gray, author of Men Are from Mars, Women Are from Venus, provide an endorsement on the book’s front cover, which reads, “Tom Blake is an expert on dating after 50.” How he knew that I have no idea, but I was pleased that he mentioned it.

I’ve often thought about what became of those 58 couples, and over the years gathered as much updated information from them as I could. I am aware of what happened to approximately half of the couples. Some have separated; some have been widowed, and several are still together.

If I can gather information on another 10 to 15 couples who were included in the book, I might consider publishing an updated version.

And, of course, I know the status of couple No. 58, which happens to be Greta and me, together for 24 years. Our picture, taken by Ted and Mary Kay Bowersox of San Juan Capistrano, graces the front cover of the book, with us standing in the courtyard of the St. Francis of Assisi Cathedral in Italy.

This week, I learned from Champ Lisa (couple No. 23) what became of her and her husband, John. They divorced. He remarried; she’s happily single. She’s led a fascinating life.

Since her divorce from John, Lisa has had a long-distance relationship with a man about nine years younger. Lisa says, “We met 10 years ago. Dated exclusively for two years and remain good friends. We met on match.com.

“Sadly, our distance and interests preclude the relationship from being more. He lives on Kodiak Island, Alaska, and doesn’t enjoy the heat. I live in Naples, Florida, and don’t enjoy the cold. No regrets, only fond memories.

“He is still hooked on my ‘candied bourbon bacon,’ and he has sent me a lot of incredible sport-caught WILD King Salmon, Halibut, Sockeye, Rockfish, shrimp, and scallops in exchange for my bacon. We are no longer dating each other, but have remained friends.

“He says his popularity in the local hunting/fishing community goes up when my bacon shows up. He sent a video of his tour guide on a recent hiking/camping adventure, shouting from a mountaintop the words, ‘Lisa, if you are even half as awesome as your bacon, you are amazing.’ I have no clue about his romantic life, nor he about mine. It never comes up.”

Approximately 14 of the couples in the book are from Orange County. One of them, Laurie and Phil Green, who live in San Juan Capistrano, asked me to marry them in 2008. I did, and they are still blissfully happy together in 2021. As their marriage officiant, I’d like to take credit for their longevity, but, come on, Tom, that’s a stretch!

A few Orange County couples are no longer together, but overall, we’ve stayed together and are a pretty happy group.

I’ve heard from a few couples, in their 80s, who are finding love, and even marrying.

A common thread for the secret to couples staying together: Love each other dearly, but give each other space to breathe.

In my book archives, I found an email list of all 58 couples. Some of the addresses are no longer valid. I’m going to reach out to all 58 couples, and depending on the number of responses, I just might tackle that updated version of the book. 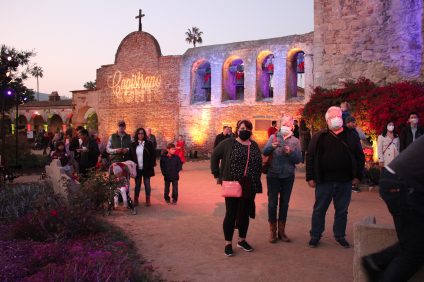