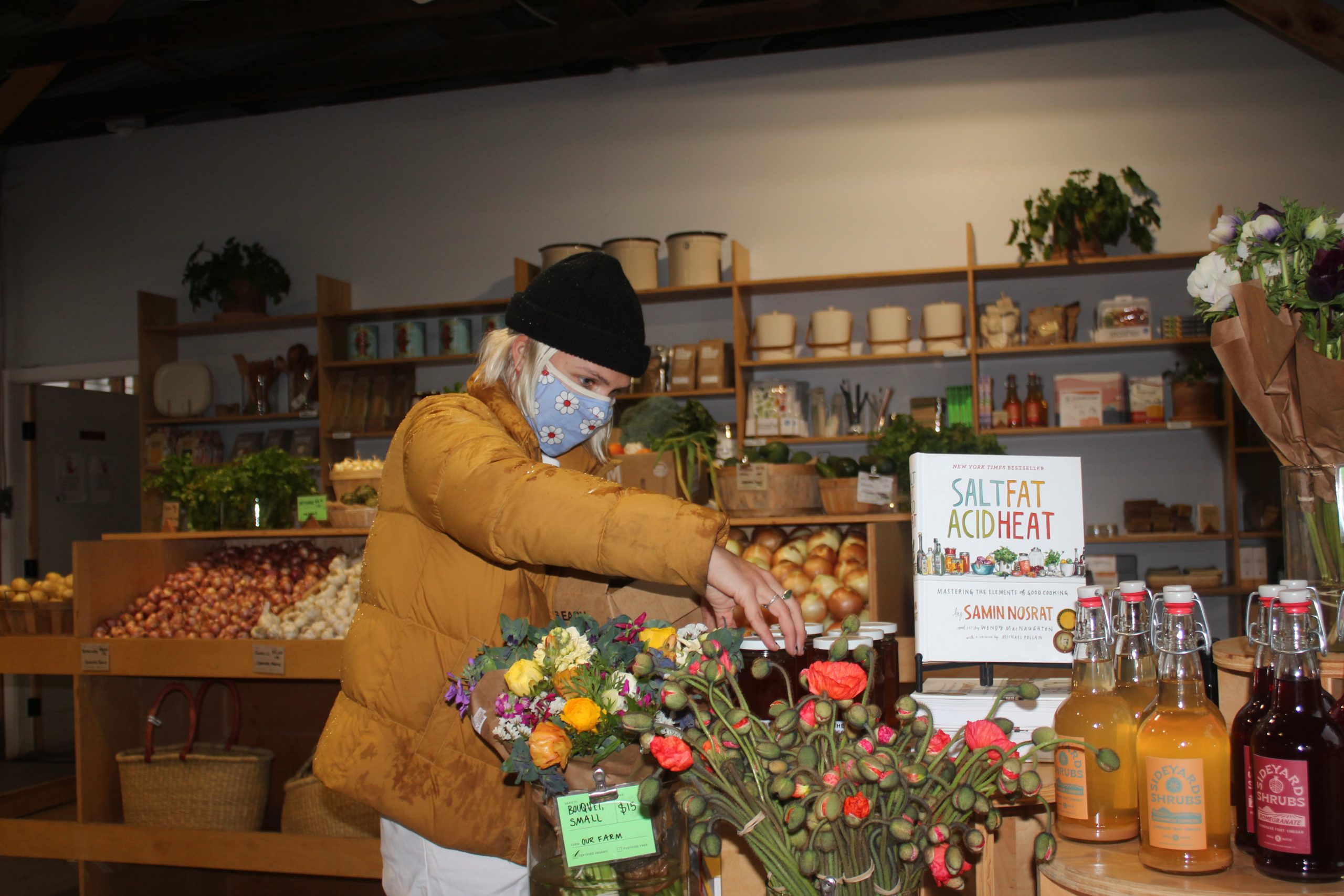 Five Vines Wine Bar has gone through multiple closings and reopenings throughout the COVID-19 pandemic.

Suzy Fairchild, one of the owners of Five Vines, said she thought the health crisis would initially last a month or two. Now, a year later, the pandemic continues—though vaccines are gradually becoming available and case numbers are currently dropping in Orange County.

“Who ever would have thought there would have been something out there that would have shut down the whole world?” Fairchild said.

Like many in San Juan and throughout the world, Fairchild is dealing with a new world and finding ways to persevere. The World Health Organization declared the COVID-19 outbreak a pandemic on March 11, 2020—one year ago today.

Fairchild said it has been a difficult and crazy year in which businesses didn’t know if they would be open or closed, or if staff members would even have a job. Five Vines has adapted to providing delivery orders, which it never did before.

The city has allowed Five Vines to operate in its current patio seating area under a program permitting outdoor dining, and the loyal customer base they have cultivated helps the business, Fairchild said.

The inside area of Five Vines is small, so they might have to adjust their inside operations if and when indoor dining can resume, since customers may not want to sit next to people they don’t know, Fairchild said.

Evan Marks, executive director for The Ecology Center—an environmentally conscious nonprofit organization in San Juan—said they served thousands of people throughout the pandemic through donated produce, which was distributed through community groups including Breakthrough San Juan Capistrano, CREER Comunidad y Familia, and the City of San Juan Capistrano.

Marks said they were prepared to assist people in the area when the outbreak began. Their business and the number of people receiving their Resilience Boxes—which contain farm-fresh produce—have reportedly increased.

“Our Farm Stand continues to be a driver to nourish our community,” Marks said.

Programming has been paused at The Ecology Center during the ongoing health crisis, though Evans said they are hopeful that will be able to eventually return.

Mayor John Taylor said people in town have reached out to each other and done the best they could with what they have. The goodness of people working together has come through, he said.

“We have an enormous amount of patience,” Taylor said.

The city had to take money from its reserve funds and restructure City Hall operations for its financial operations, but it is no longer looking at a structural deficit due to those efforts, Taylor said. Taylor mentioned changes brought about during the pandemic, including being able to wear casual clothing during Zoom meetings.

He was initially frightened when the pandemic began, saying people didn’t know as much about the disease and precautions to take as they do now. The majority of businesses in San Juan did not have the usual level of activity at the start of the pandemic because people stayed home, he said.

“It seemed bizarre,” Taylor said of the emptiness then. “It looked like The Day the Earth Stood Still.”

Taylor said it’s difficult to believe a year has passed, and it can be hard to tell what day of the week it is sometimes. He mourned the lives lost and San Juan’s higher infection rate compared to other cities, which he said might be due to the number of residents who work in the service industry.

However, Taylor also pointed to organizations that gave food to those in need—including Serra’s Pantry—as silver linings in the pandemic.

“We love each other as neighbors. We reach out when people need help,” he said. “We’re tired of (the pandemic), no doubt. We’re ready for it to be over with, and hopefully, that’s coming soon.”

The annual Swallows Day Parade usually scheduled around this time is not taking place in March. The parade was initially postponed indefinitely in 2020, and ultimately it never happened.