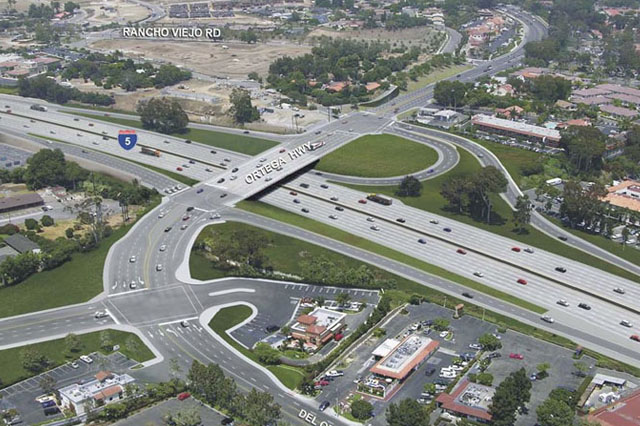 Northbound Interstate 5 will be closed at Ortega Highway in San Juan Capistrano Friday night before a series of major closures begin Monday, Sept. 8.

The closure tonight will begin shortly before midnight and reopen at 6 a.m. Saturday, Sept. 6. Northbound traffic will be directed off the freeway at the off-ramp before being immediately taken back on via the northbound on-ramp.

Ortega Highway will be shut down during the closure, but the southbound ramps will remain open, according to Caltrans. Cars exiting southbound I-5 at Ortega will be unable to travel eastbound on the highway, and pedestrians will not have access over the bridge as well.

The closure is necessary to allow construction workers to safely continue reconfiguring the interchange, as part of Caltrans’ $86.2 million I-5/Ortega Highway project, which began February 2013 and is scheduled to be completed in the spring of 2015.

The overnight closure precedes a series of extended closures that begin next week and will force motorists to use ramps at Camino Capistrano and Junipero Serra Road and severely limit access across town.

Those three successive closures are anticipated to be completed around Thanksgiving, according to Caltrans spokeswoman Liz Philippon.

But traffic woes won’t end there for motorists, especially for those trying to get to downtown and Mission San Juan Capistrano from east of Del Obispo Street.

In November, Ortega Highway will be reduced to one lane in both directions between Del Obispo and El Camino Real, and eastbound traffic will stop at Del Obispo, before the bridge.

For more information about the project, visit www.ortega.dot.ca.gov.