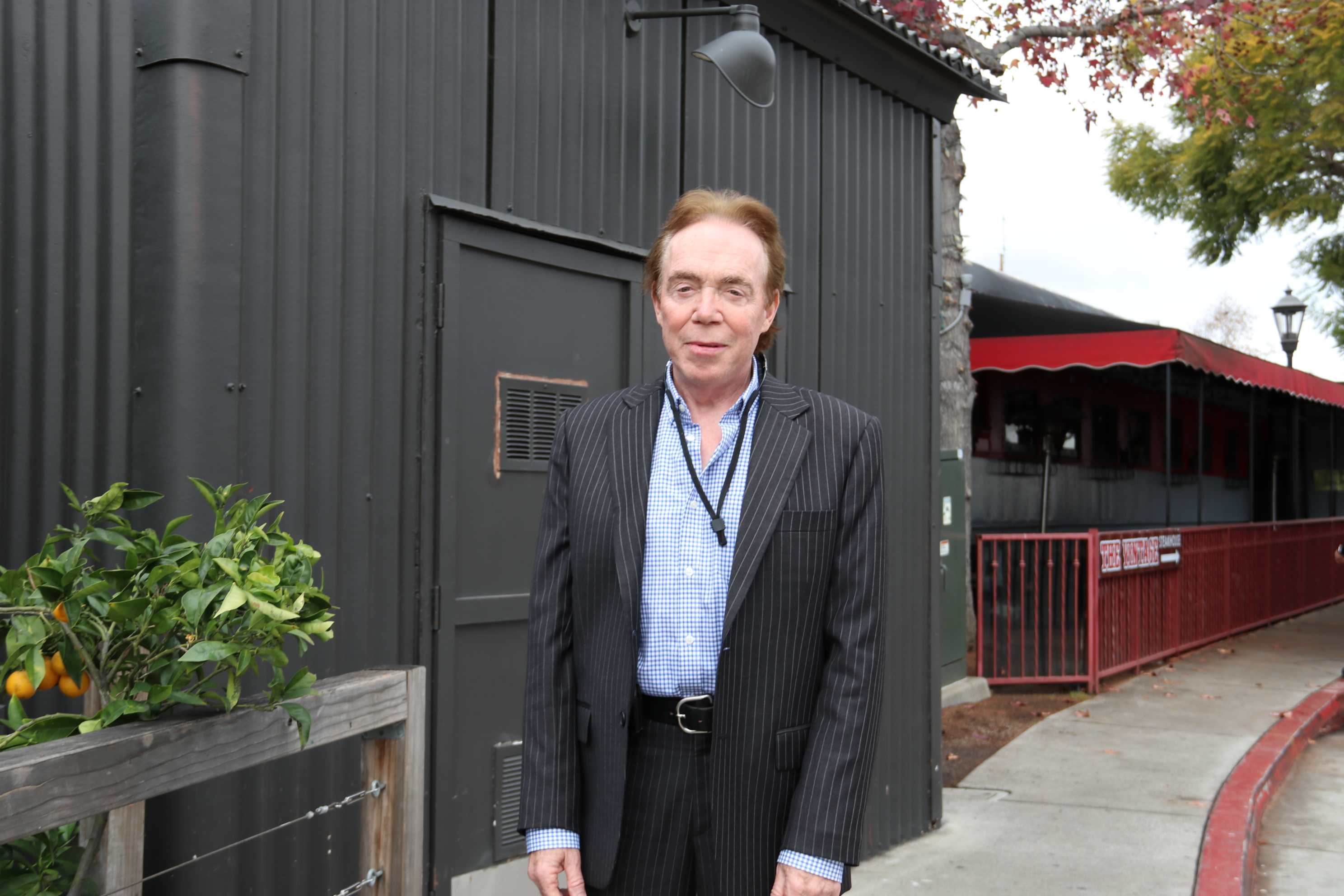 On a calm January afternoon, David Woodnutt was sipping coffee while explaining his big plans for a new Irish pub in downtown San Juan Capistrano.

Woodnutt is the owner of Paddy’s Station, a new business that will replace the Vintage Steakhouse in a prime spot next to Trevor’s at the Tracks and near Mission San Juan Capistrano. Woodnutt wants to have the pub open by March 1, in time for St. Patrick’s Day and Swallows Day.

“We’re hoping to take possession on Feb. 1 and shut it down for repairs and changing the look,” Woodnutt said. “We’d like to emphasize this will be a pub, not a restaurant. The fare will be Irish pub grub, which will consist of Irish stew, bangers and mash, fish and chips, cottage pie, that kind of stuff.”

Fish and chips is the “simplest dish in the world,” according to Woodnutt, with good oil and batter being key ingredients.

“You just drop it in there for two minutes, take it out, and it’s done,” he said. “We feel the food will be very reasonably priced, not a huge menu. Pub grub, but tasty.”

Woodnutt wants the inside to have more of an Irish feel and plans to take down some draperies to let outside light in, though he noted the interior building already has an “old” and Irish look that fits. Paddy’s Station will also promote the more mystical and whimsical side of Irish culture.

“We plan to have a lot of Irish dancing. We’ll have dance classes there, pipers,” Woodnutt said. “We’re also going to do hip-hop dancing, which we call jiving in the U.K. and Ireland, and probably some Latin tango. The basis of the place is to have fun.”

Woodnutt lives in San Clemente, but he grew up in Ireland. His Irish accent is clear, and he spent time as an aviator before getting into real estate and hospitality. Woodnutt was born in Dublin and wanted to become an airline pilot when he was a kid.

“I initially joined air traffic control, and I then went into flying from there. I spent most of my career flying with British Airways,” Woodnutt said. “I had a friend who I’d done a contract with in Denmark, and he was from San Clemente, so when I came to visit him, I fell in love with the pier and town. It was probably 1992, a long time ago.”

He ended up buying a home here, as well as buying and selling homes in the area. He retired from flying in 2015, and he also got into hospitality while in the area. He started looking around about a year ago for a possible location.

“We eventually found the Vintage was for sale,” Woodnutt said. “Now, it’s just the lease that we’re taking.”

Pubs remind Woodnutt of his youth and his homeland, since he and his grandfather owned one in Dublin.

Two Irish-themed movies will be featured in the carriage areas of Paddy’s Station: The Quiet Man, starring John Wayne, and Darby O’Gill and the Little People, which is about leprechauns. The outside deck will be dog-friendly.

“Because of that, we can’t serve food there,” Woodnutt said.

But for the parts of the pub where people can eat food, there will be a brunch on Sundays that will incorporate blues music and other entertainment.

“Sunday lunch to us is roast beef, chicken or pork, roast potatoes, vegetables, all that stuff,” Woodnutt said. “That’s very much a British/Irish thing, just kind of a Sunday roast.”

Mock Irish passports—not official passports—will be issued to customers to add to the fun.

San Juan Capistrano is a “fabulous” town in Woodnutt’s view, and the pub’s location is ideal near the train station. Being near a train hits home for Woodnutt, as he recalls the public transportation system in Europe.

The town should be promoted since it’s an old and historic area, and the city is pro-development and pro-business, Woodnutt said. Opening up a pub downtown around this timeframe also works out given the renovations happening on Verdugo Street.

Downtown is an area frequently visited by locals and visitors stepping off the train, with nearby restaurants and other locations seeing a good amount of foot traffic.

Paddy’s Station will bring good things and employ numerous people, Woodnutt said. He thinks the pub will be received “fabulously well” by the community since it will be an environment for everyone and attract all ages. Residents have already been chattering about the new pub coming into town.

“We’re really pleased about that,” Woodnutt said. “I’m so happy they’re going to welcome us. They will get a hundred thousand welcomes. That’s called céad míle fáilte in the Irish language.”

Woodnutt said Trevor Baird, the owner of Trevor’s at the Tracks, has been “unbelievably encouraging for us and helpful,” and they “hope to emulate his success and grow our businesses together in harmony.”

“What’s going to make us a unique Irish bar is going to be the staff,” Woodnutt said. “When customers walk in, we want them to have an experience.”

Beyond the reaches of the brick-and-mortar location, Paddy’s Station is also willing to provide outside catering to bring the bar to events and weddings.

“Paddy’s Station will be on the move,” Woodnutt said.