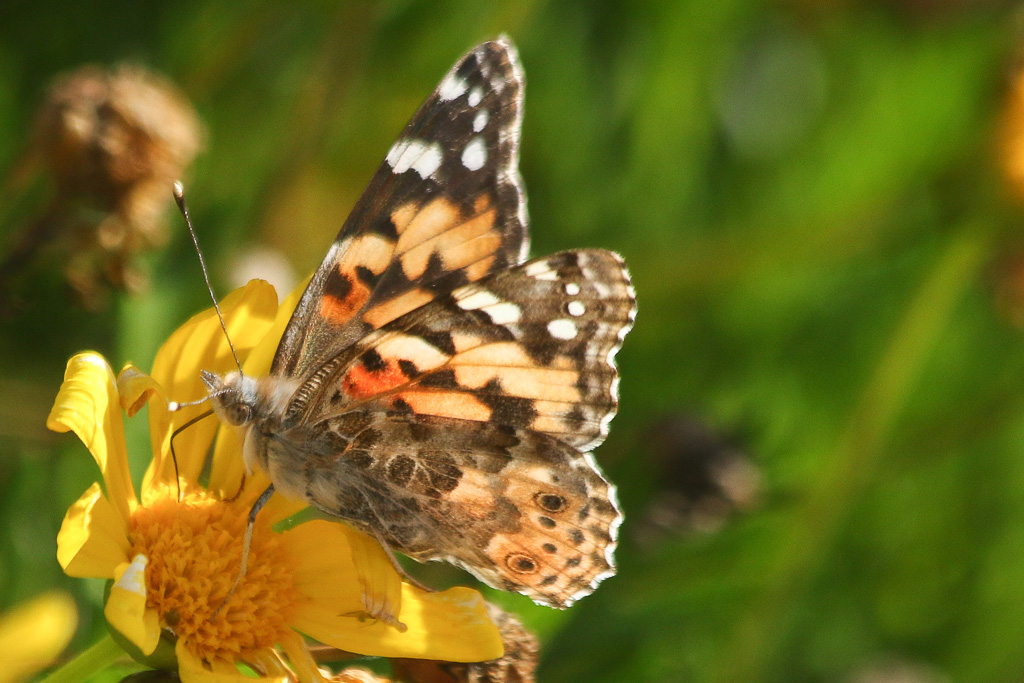 Swarms of painted lady butterflies have made their way through San Clemente, with a flood of them arriving Friday, March 15.

In the Pier Bowl, at Marblehead and Capistrano Beach–the butterflies are moving in large numbers into the north.

The annual migration has the butterflies migrating north where they can feast and find ample food without being boxed out by the rest of the herd. But this year’s seems to be particularly large.

“It’s just a large one moving out of the desert, and with how wet it was this winter, they’ve had more to lay their eggs on, and there’s been an explosion,” said Tom Merriman, a director at the nonprofit Butterfly Farms in Encinitas. “They’re moving to somewhere where’s there not as much competition. It’s just that there’s a huge amount. In 2005 there was a huge one and in 2006 there was a La Niña and El Niño, and last year there was hardly anything.”

The large migration in Southern California starts in northern Mexican deserts and travels thousands of miles. The Worldwide Painted Lady Migration project collects data and tracks the butterflies around the world.