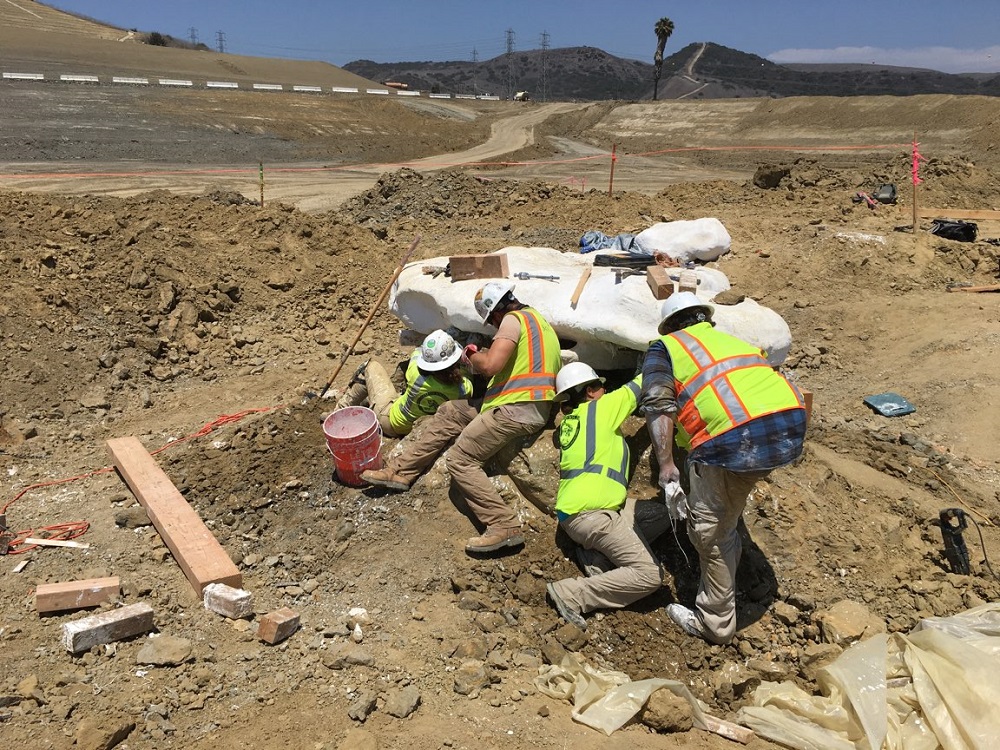 Paleontologists finished extracting the fossilized bones of a prehistoric whale from a San Juan Capistrano landfill Thursday, July 26, and those bones will soon be off for further study.

The whale bones are thought to be 4 to 7 million years old and are possibly from a previously undiscovered species of prehistoric whale, according to Orange County Waste and Recycling spokeswoman Kristina Hamm.

They were first discovered late last month at Prima Deshecha Landfill as a Paleo Solutions’ paleontologist watched crews excavate a portion of the landfill slated for use. That’s when the paleontologist first spotted a large bone.

Hamm said the paleontologist was at the landfill site as part of a requirement of the California Environmental Quality Act (CEQA).

“CEQA mandates that we have paleontologists and archaeologists on site anytime we do any digging,” she said.

More paleontologists arrived and got to work. They uncovered what appears to be a partial skull with a lower jaw as well as a snout, ribs, limb bones and portions of a backbone.

The fossils have been wrapped in a plaster and burlap jacket to stabilize them for when they’re transported. 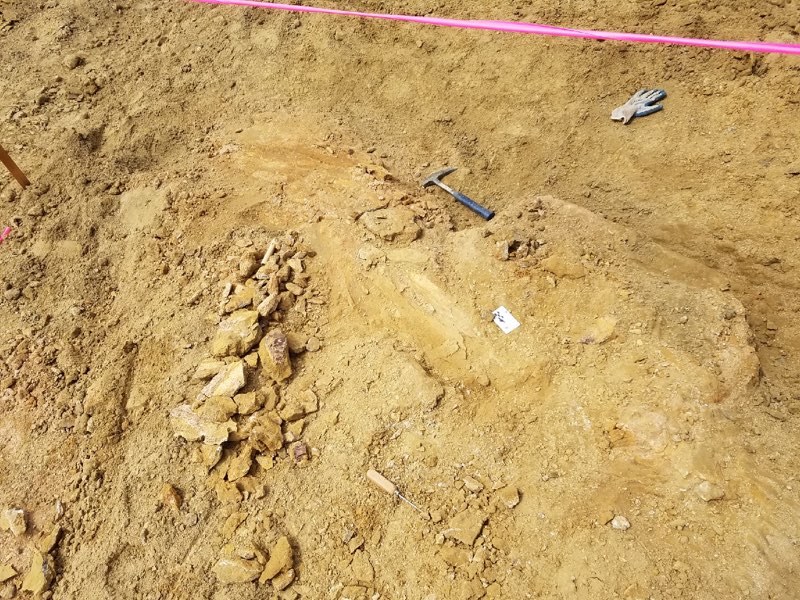 Whale bones estimated to be between 4 and 7 million years old were discovered in a San Juan Capistrano landfill last month. Photo courtesy of Orange County Waste and Recycling. 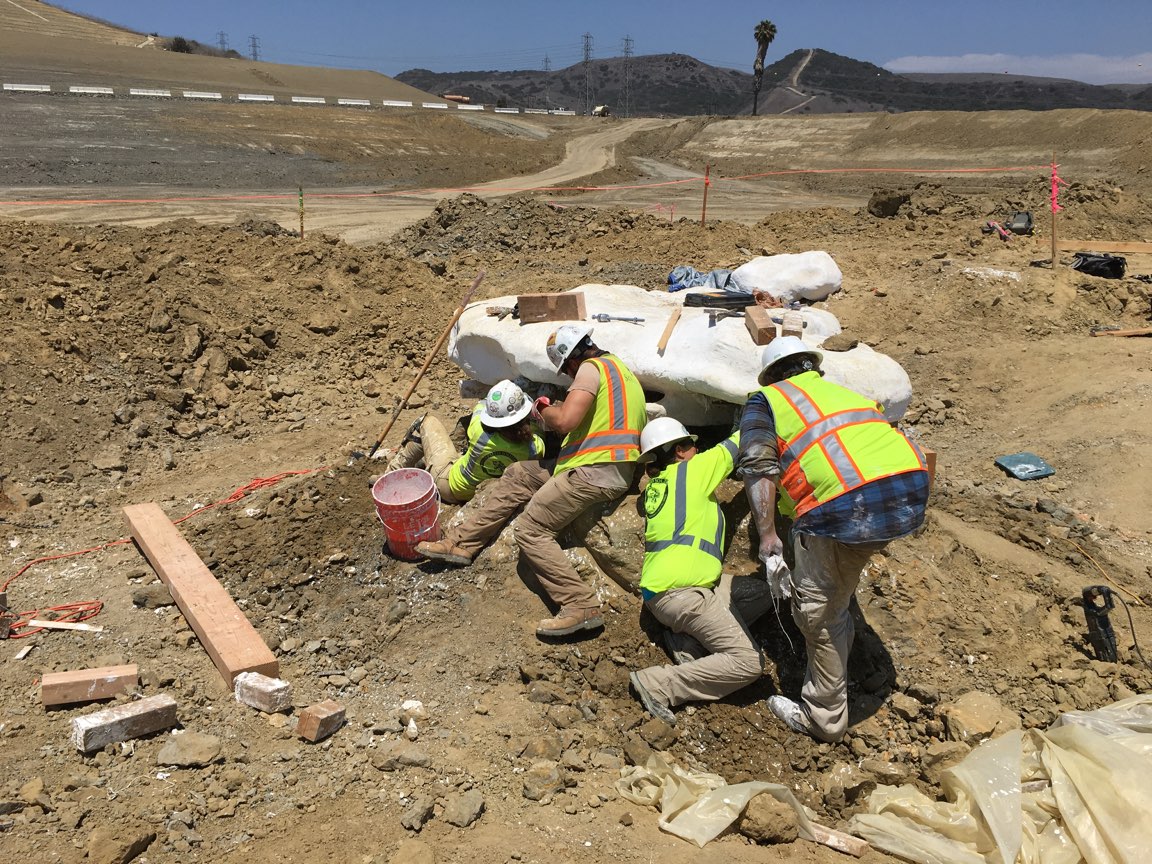 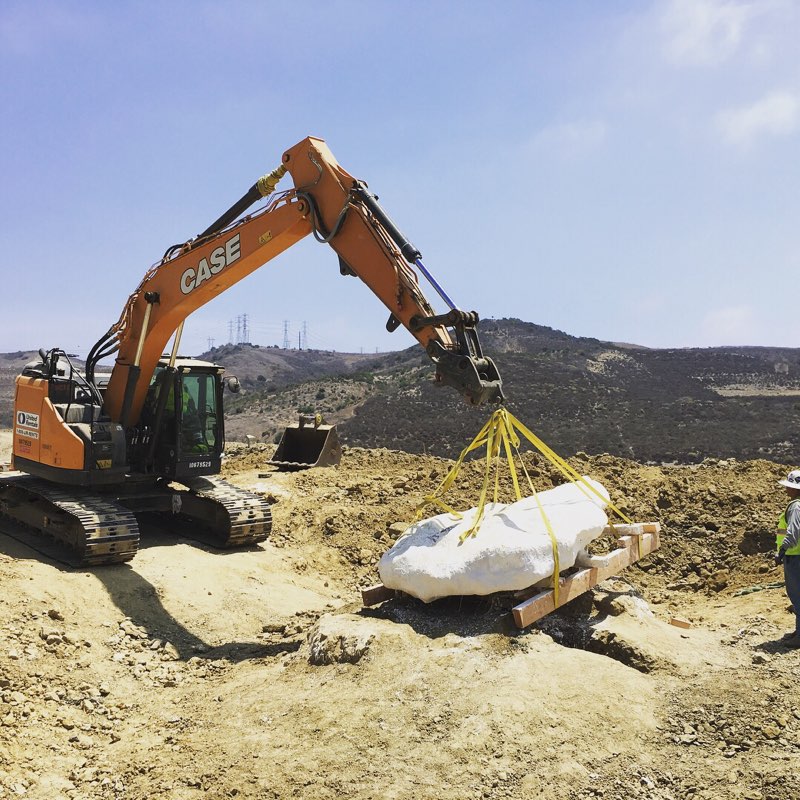 A crane picks up the bones of a prehistoric whale. The bones were sealed in plaster and burlap to keep them safe for when they're transported. Photo courtesy of Orange County Waste and Recycling.

Hamm said they’re currently still on The Prima Deshecha site but will eventually be transported to the Paleo Solutions lab for further research.

Geraldine Aron, president of Paleo Solutions, was at the dig site for about four days and helped with stabilizing and extracting the bones.

She said paleontologists were surprised by how large the whale bones were and that there were several bones all together to extract.

“Sometimes what happens when these whales die, they kind of float out to the ocean and they get scavenged so their bones get very separated and spread out,” she said.

Aron said the area where the whale bones were found is called the Capistrano Formation, which was once a deep ocean basin where sediment collected and turned into rock. That rock was then uplifted because of tectonic activity. She said whales fossils have been found a number of times within the formation.

An OCWR news release notes that the fossil, “has the potential to provide new information on the paleo-environment and biodiversity of the late Miocene and early Pliocene of Southern California.”

Hamm said that OCWR officials hope the bones will eventually make their way to the Cooper Center or another local museum.