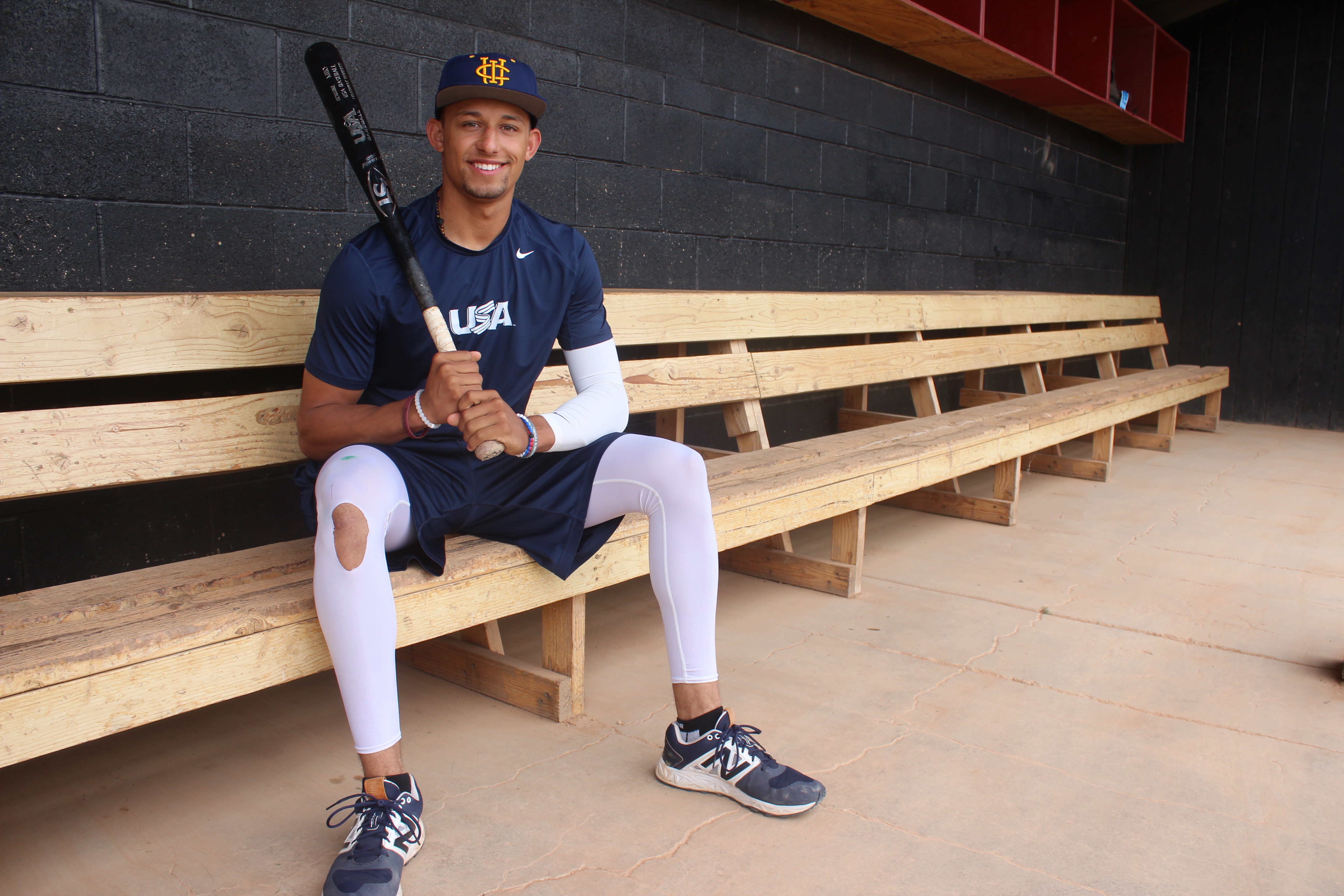 Phenom Baseball Prospect Royce Lewis is Ready for the Next Level

As his former coach can attest to, there’s nothing on a baseball field Royce Lewis can’t do.

Take the time the 6-foot-2-inch shortstop belted a fastball thrown by one of the nation’s best pitchers over the left field fence and nearly out of Wrigley Field in the Under Armour All-America Game, for instance.

Or the time he fought for a starting spot on a loaded JSerra Catholic High School roster and batted .362 as a freshman in the ultra-competitive Trinity League.

The tales of his prowess on the field, at the plate and as a leader in the clubhouse paint the picture of a player who has already accomplished so much, but has the ability to reach incredible heights.

On June 12, Lewis will likely be taken early in the first round of Major League Baseball’s amateur draft. Many prognosticators think he is worthy of a top-5 selection. Baseball America has him listed as the fifth-best prospect in the 2017 draft class.

It has been quite the whirlwind month for Lewis. He was named Gatorade’s Player of the Year in California shortly after earning his third consecutive Trinity League MVP award in May. He graduated from JSerra on May 27 and celebrated his 18th birthday a few days later.

Draft day will present Lewis, who is committed to UCI, with a chance to check off another box on his lofty list of goals.

“The opportunity is amazing and I’m humbled by both (college and professional) options,” Lewis said. “It’s not up to me and I don’t have to worry about it, which is awesome. It’s been great preparing for whatever the next level is because it’s going to be a big step in my life.”

Lewis seemed destined to excel at the sport from an early age. His earliest memories involve watching baseball with his family. His first word was “ball”.

One of his idols growing up was Derek Jeter, a tall shortstop like him, and Lewis modeled his approach to the game after the former Yankee captain.

“I fell in love with the position because all my role models are shortstops. Guys like Jeter and (current Houston Astro) Carlos Correa … they do it the right way and they look like they have a good time doing it,” Lewis said.

For a while, Lewis’ dream of playing shortstop had to be put on hold. He spent the first three years of high school playing third base for the Lions. He finally got his chance his senior year and made the most of it, showing big league scouts what he is capable of at the next level.

There is debate as to whether Lewis, who also possesses above-average speed, will play the position at the professional level or move to an outfield spot. The fact he was able to step in as a senior and play the position well left his former coach feeling optimistic about Lewis’ chances of playing his dream position.

“Give him a year or two in an organization, or at UCI, and he’s going to turn your mind around about what he is,” Kay said. “The ceiling for him is unbelievable.”

One aspect of Lewis’ game that has always projected well is his ability at the plate.

Batting primarily at the top of the Lions’ lineup, Lewis batted .388 and reached base at a .569 clip his senior year. He struck out just seven times in 116 plate appearances and stole 25 bases.

“He’s competitive in every single thing he does,” his mother, Cindy Lewis, said. “You want to play cards? Watch out. He wants to win.”

During a workout at JSerra on June 6, Lewis took grounders on an empty field. No one was watching, except for his coach and two reporters. A huge moment in his life was just days away, but Lewis wasn’t thinking about that at all. Instead, he was focused on how to get better on a cloudy Tuesday afternoon.

“Nothing’s really changed yet for me,” Lewis said. “I’m just getting ready for that next step.”