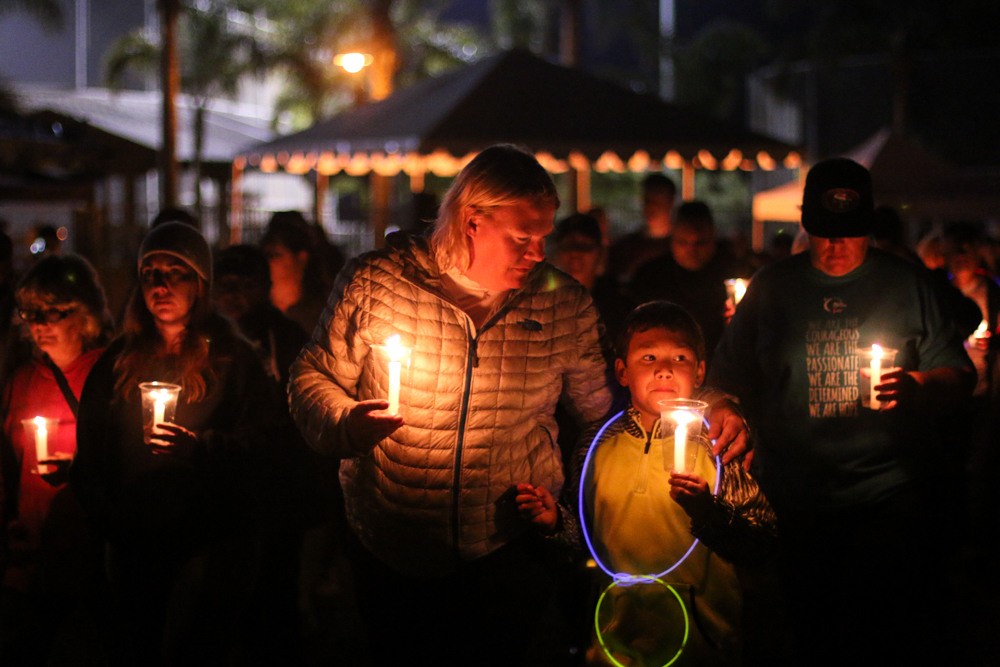 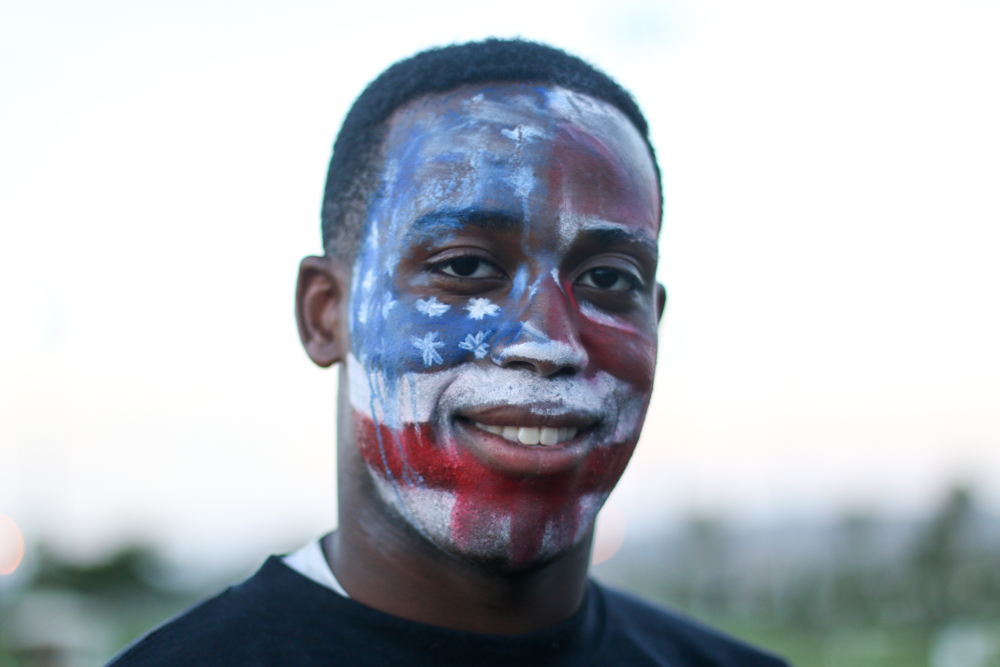 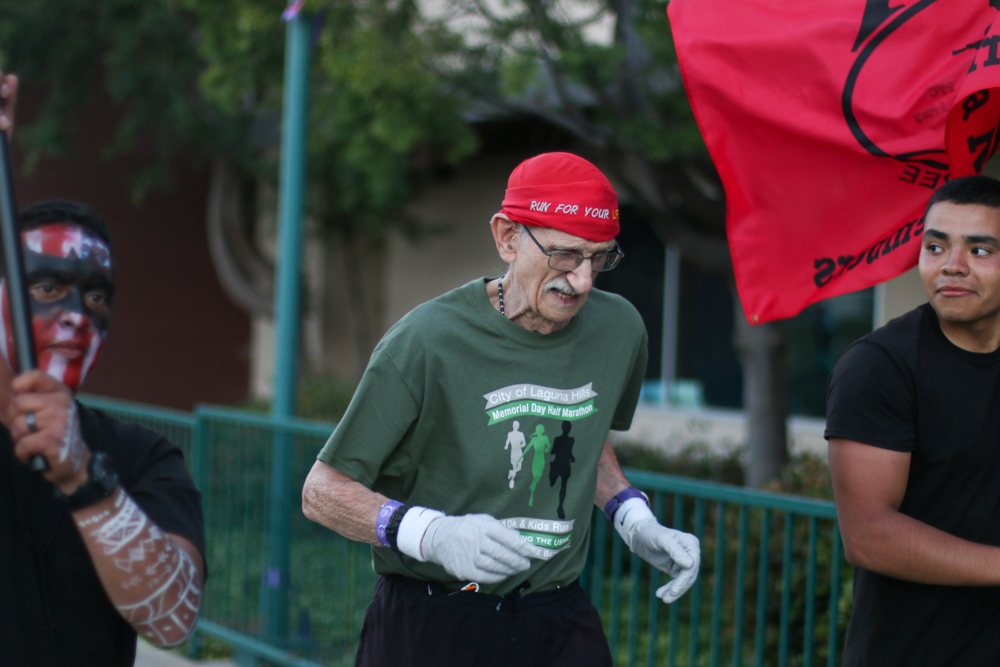 Bob Kohler "Flag Man" attends the relay each year and carries two American flags—one for the troops and one for the fallen. This year 1/11 Marines helped Kohler carry the flags. Photo: Eric Heinz 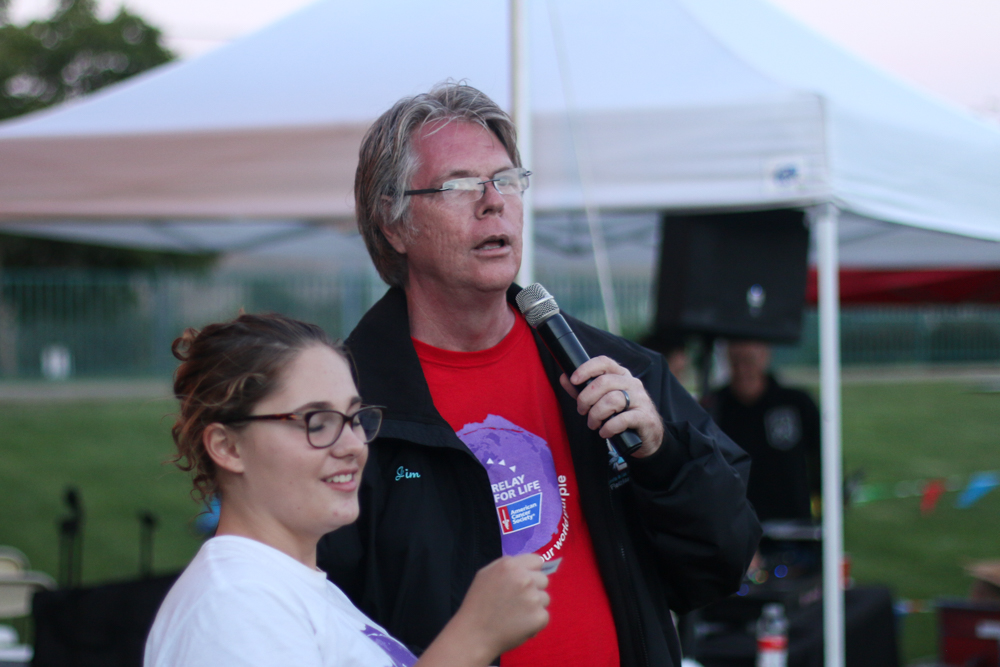 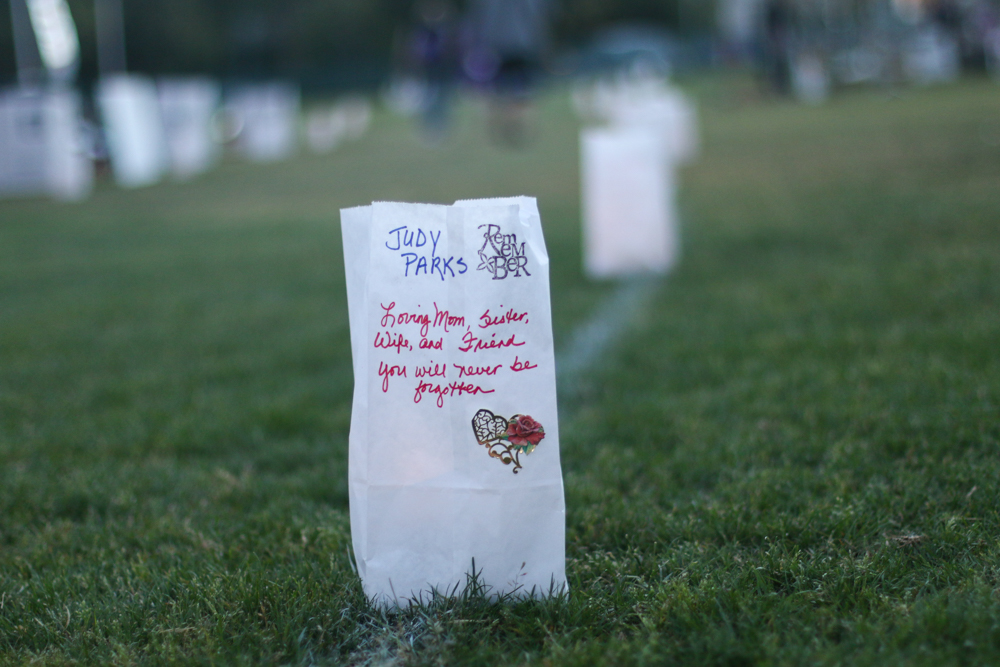 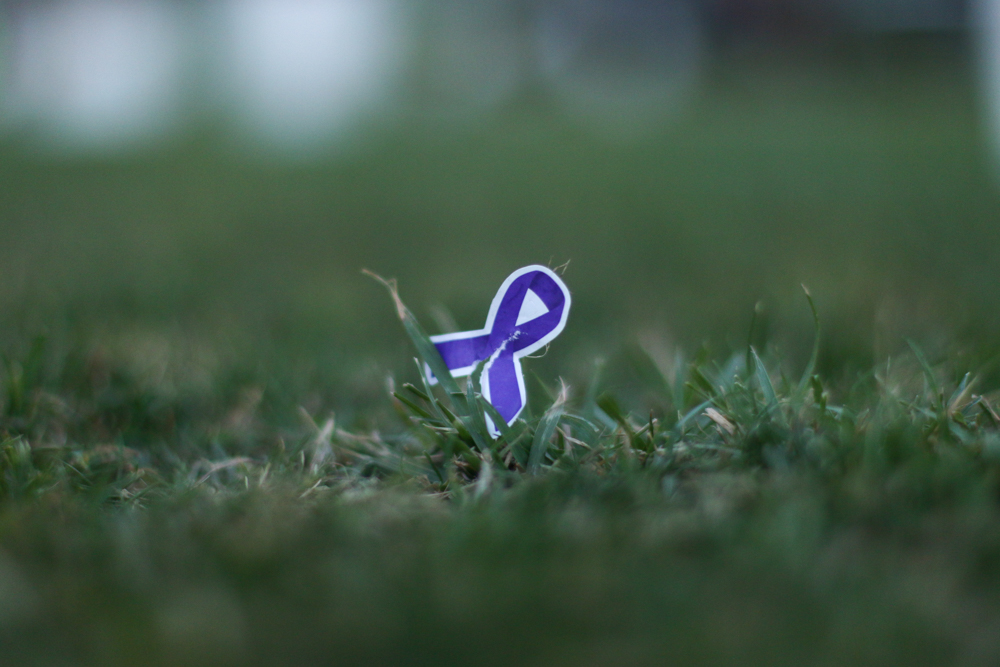 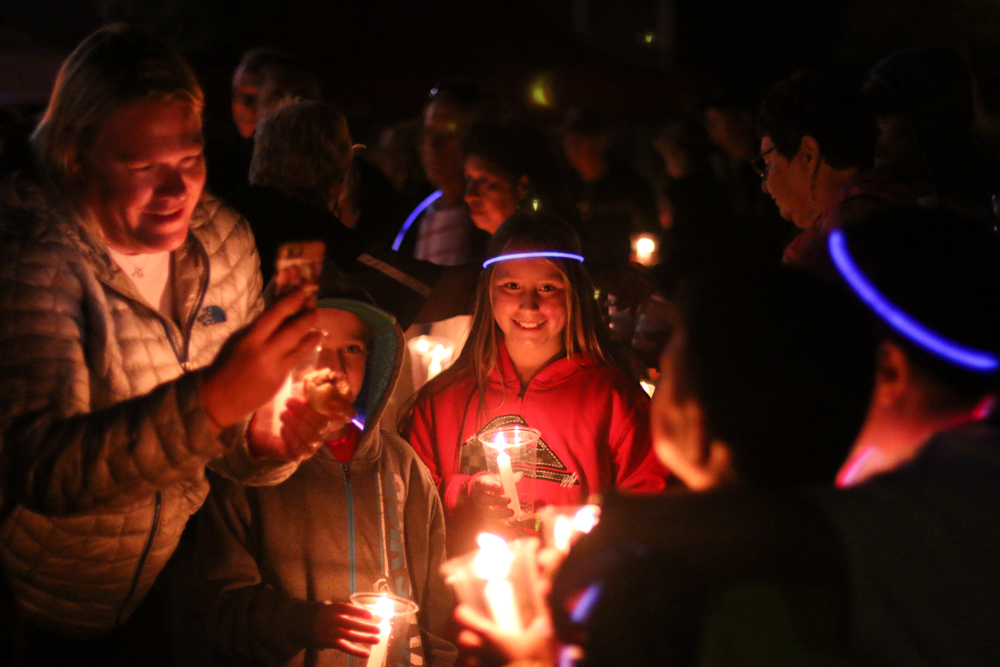 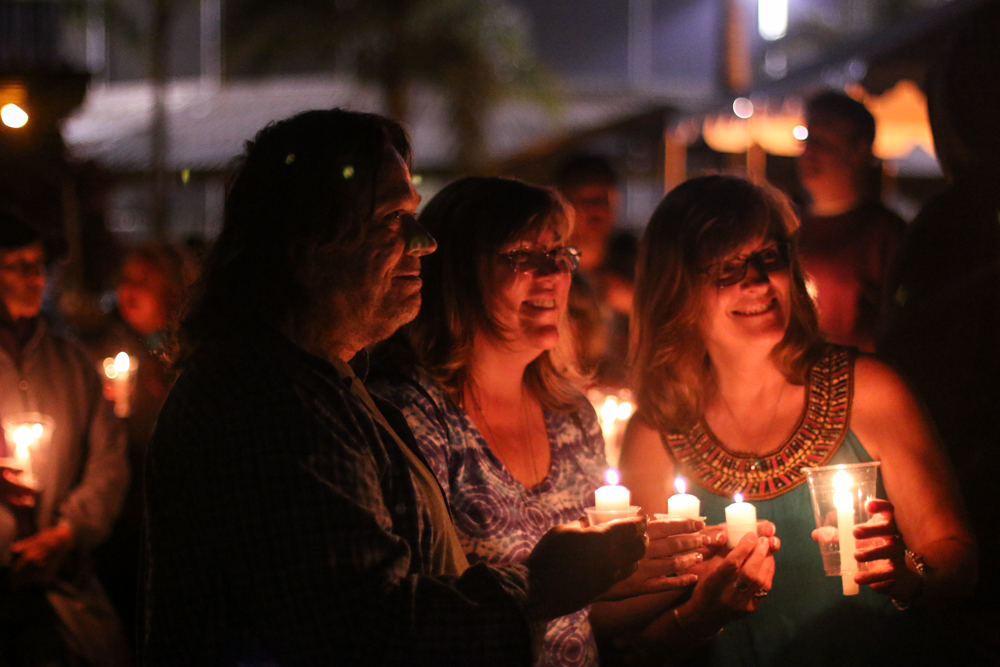 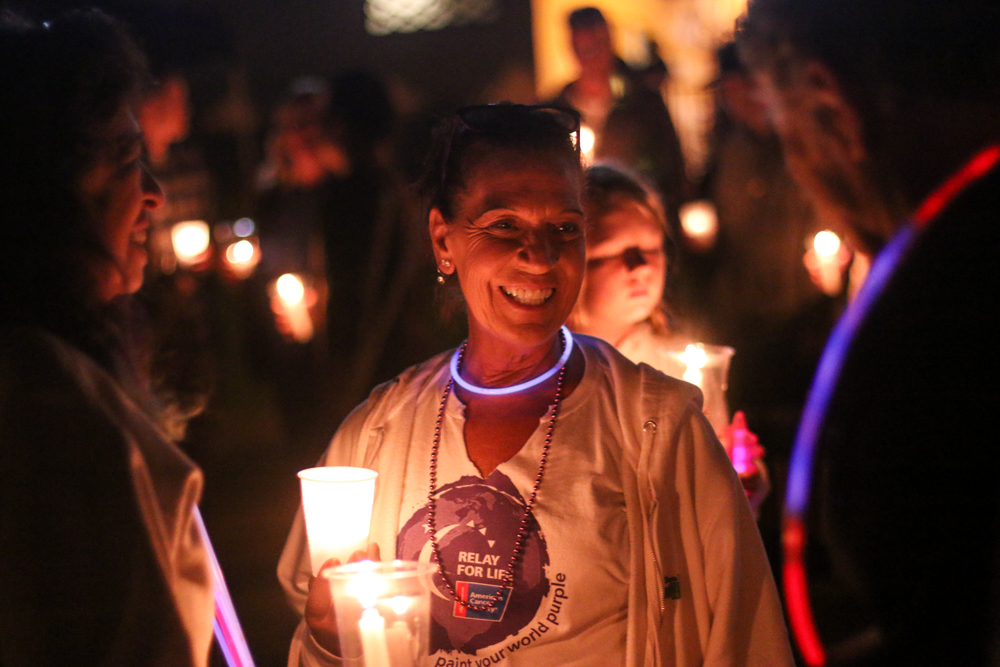 More than 350 people gathered in San Juan Capistrano’s Sports Park on June 10 for the 14th annual Relay for Life. The free event, which ran from 9:30 a.m. to 9:30 p.m., gave members of the public a chance to fight back against cancer, celebrate people who have battled cancer and remember loved ones lost. The relay included a survivor breakfast, opening ceremony, games, drawings and prizes, live music and dancing, a luminaria ceremony and a closing ceremony.

John Wohlfiel, Relay for Life organizer and vice president of human resources for local company Fluidmaster, said that as of Monday, participants had raised $76,000 in donations. With money still coming in, he anticipated finishing with about $80,000 raised by the 16 participating teams.

For more photos and video from Saturday’s event, follow “Relay for Life of San Juan Capistrano” on Facebook.