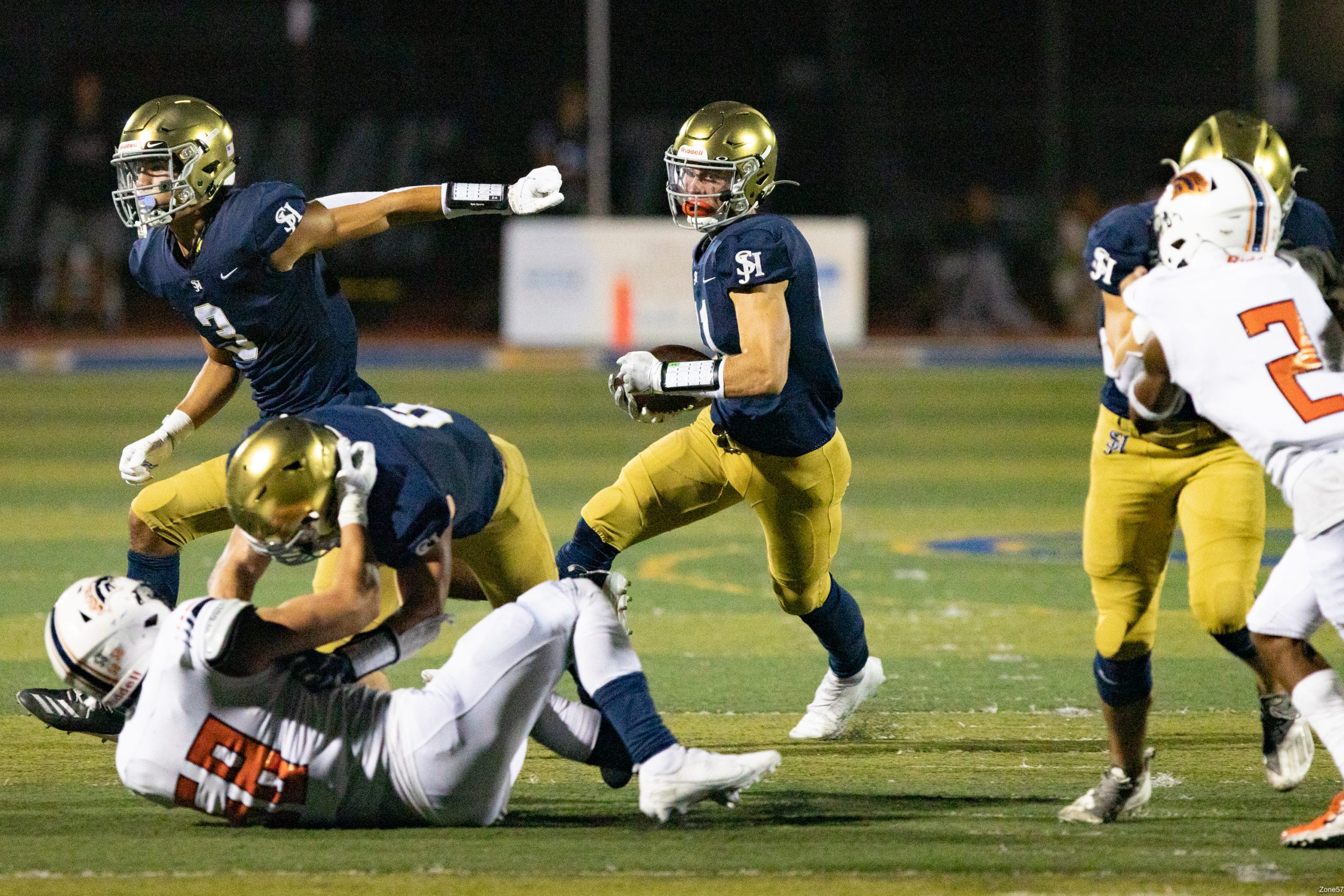 San Juan Hills has found itself on the rough end of a tough opening schedule, but the Stallions got standout freshman and senior performances on Friday, Sept. 3.

The Stallions fell to 0-3 on the season as Roosevelt of Eastvale came to the Badlands and pulled off a 21-14 win.

San Juan Hills was competitive in its opener against Santa Margarita, fell in overtime to Cypress at home and then lost this one-score game at home to Roosevelt. Head coach Rob Frith purposely scheduled a tough slate to test his team and get them ready for the road ahead. It doesn’t get any easier for the Stallions, as they host 3-0 Yorba Linda on Friday, Sept. 10 in desperate need to get a win and not slip out of potential playoff contention well before their league schedule begins.

Despite the loss, San Juan Hills was picked up by strong performances from two of its youngest players and a few of its oldest.

Freshman linebacker Weston Port continued his name-making debut season with four sacks against Roosevelt. Port also made six tackles, including five solo tackles. Port has 23 tackles on the season and six and a half sacks.

Offensively, freshman quarterback Michael “Butter” Tollefson came on late to complete 3 of 7 passes for 41 yards and the Stallions’ only offensive touchdown of the night on a pass to UCLA-committed receiver Braden Pegan. Pegan caught eight passes for 67 yards. Junior quarterback Colton Joseph started the game and completed 12 of 19 passes for 125 yards.