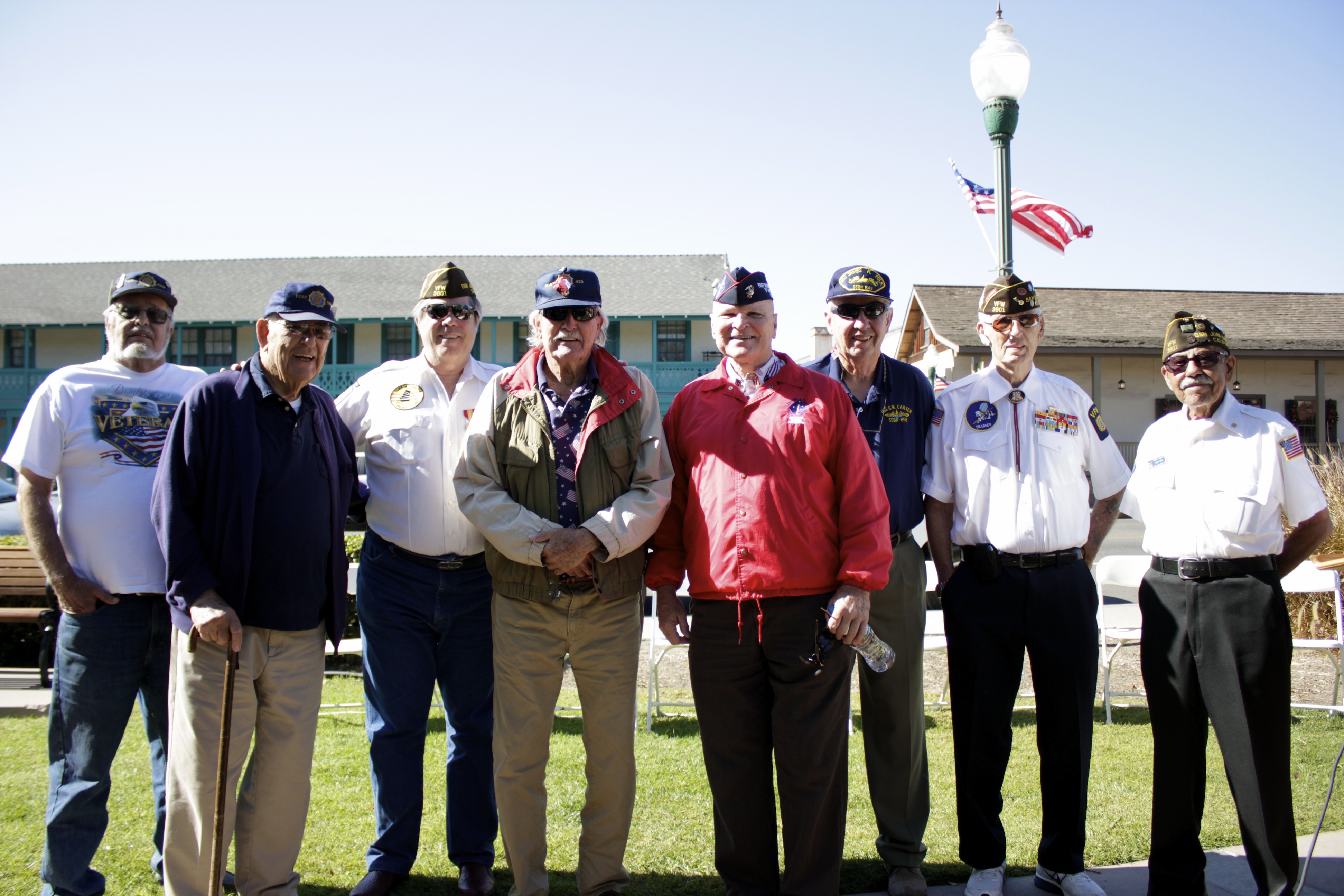 San Juan Capistrano came together Monday at Veterans Park to pay tribute to and honor the men and women who sacrificed their lives and put a hold on their dreams in service to their country.

City leaders, residents and veterans from World War II, the Korean War, the Vietnam War and other conflicts gathered for Veterans Day in downtown San Juan Capistrano, in an event hosted by the Veterans of Foreign Wars Serra Post 3801 and organized by Homefront America, the Rotary Club and the city.

“We’re staggered at the eternal debt we owe to the untold number of American veterans who chose to set aside their personal ambitions and dreams to fight for our freedom from tyranny and to ensure the wellbeing of the greatest nation on our earth,” said VFW Commander and Navy veteran Art Hasselbrink. “We the living are indeed the beneficiaries of those who made that tremendous sacrifice … May we always be humbly grateful to those brave American patriots who have suffered and sacrificed for freedom of all Americans … Let it be said that our soldiers have always been there for us, their families and their country.”

“Someone once said freedom is never free. All of us here today know that is true. The road to freedom and preserving that freedom is never smooth. It is a path well-traveled,” Taylor said. “Many of us are intimately familiar with the sacrifices that our servicemen and women and their families make every day so that we can continue to be the land of the free. We often talk about the value of service to others. To me, nothing signifies that more than being in the armed services.”

Kramer, a 30-year veteran of the Navy, gave an impromptu speech and recognized veterans of each service. Kramer also recognized the sacrifices of spouses, children and families of veterans, noting that he was unable to attend the births of his daughters while he served.

Following the ceremony, the VFW held a barbecue in nearby Historic Town Center Park, where veterans and active duty military were invited to eat for free.