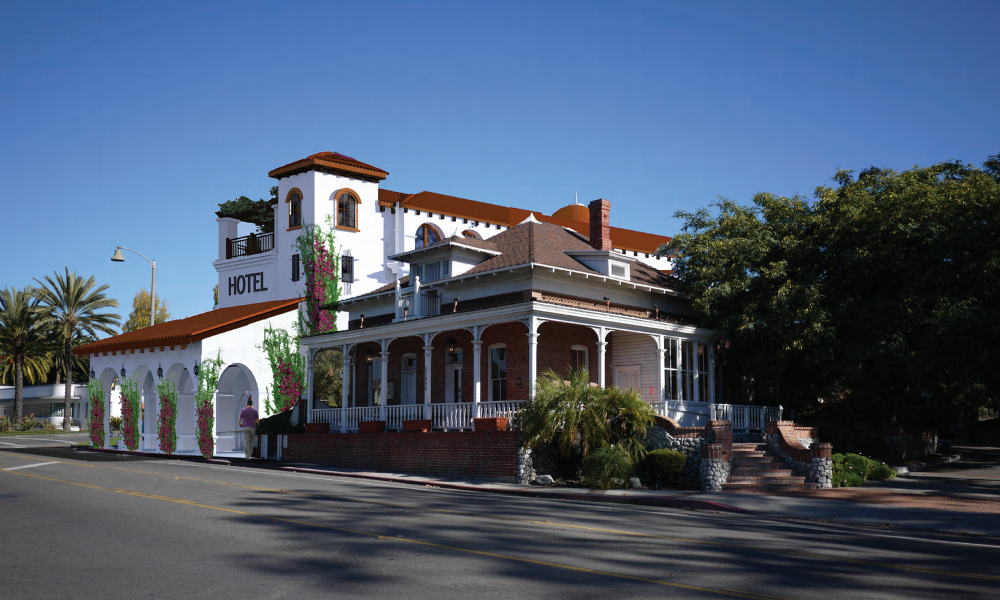 The San Juan Capistrano Planning Commission on Tuesday delayed approval for a proposed 136-room downtown hotel saying the city needed more time to ensure the hotel would be built and to determine its relationship with neighboring Historic Town Center Park.

In postponing their vote, city staff and city attorneys will have more time to craft an agreement to ensure the hotel will be built before or at the same time as the townhomes. The commission will reconsider the project on May 13.

Urban Village Principal Joshua Host presented revised plans to the commission, following a joint workshop between the City Council and the commission in March and after working with an ad-hoc committee to address their concerns. Changes included scaling back the hotel from the historic Egan House, changing its color from white, creating a breezeway from Forster Street through the hotel and to the nearby Mercado Village shopping center and adding bike and pedestrian pathways at the park.

City staff noted the importance of events at the park, and in buying more time, they will work with Host to ensure future residents, living directly next to the park, aren’t able to force the city to restrict events. The city will also look into a maintenance agreement for the park.

Some commissioners expressed concern about parking in downtown. City staff said the developer was agreeable to a parking management plan.

Urban Village’s project is the first major downtown hotel proposal since 2011, when landowner Gretchen Stroscher Thomson’s plan to build the 124-room Plaza Banderas hotel on Ortega Highway, next to the Mission, was approved. But last November, after struggling to find a hotel developer willing to invest, Thomson abandoned her plans and will now build a shopping center.

Commissioner Evan Chaffee praised Host’s work and said it was important to support a project that was beneficial to the community.

“This is a group that’s worked their rear end off to work with this community, and I have done all I can as a Planning Commissioner to reinforce with developers to understand that we are a business-friendly community,” Chaffee said. “It would be a slap in the face of this developer.”

Commissioner Tim Neely said he had warmed up to the idea of a downtown hotel, especially since it would keep people in town, patronizing businesses and restaurants, past 6 p.m. He also said he would like to see actual construction drawings, other than illustrations.