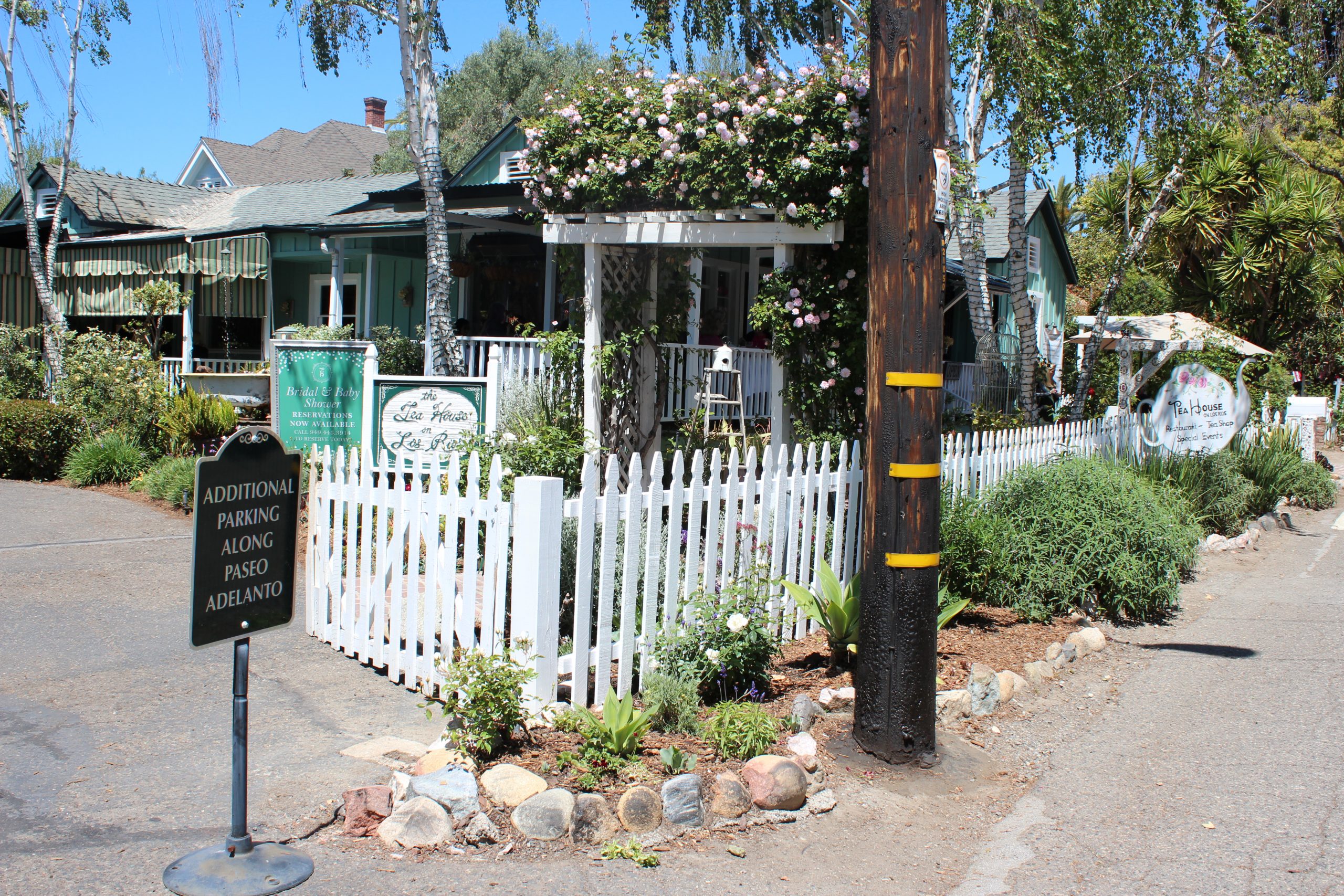 The San Juan Capistrano Planning Commission tasked city staff to look at a plan that would outline permitted alcohol service hours in summer and winter for restaurants and coffee shops in the Los Rios Historic District during a meeting on Tuesday, April 27—as well as establish a certain percentage of residential properties allowed that could apply for an accessory use permit that would allow new or expanded alcohol service, in conjunction with existing or future food service.

City staff initially made a recommendation to the Planning Commission for a code amendment that would establish an accessory use permit review process and allow up to 25% of the existing 25 residential properties in the Los Rios Historic District the ability to apply for an accessory use permit for new or expanded alcohol service for on-site consumption in conjunction with food service. Commissioners had reservations about certain details of the recommendation.

The public hearing on the matter will continue to the May 11 Planning Commission meeting.

Applicant Phillip Schwartze—on behalf of The Tea House, Ramos House Café, and Hidden House Coffee—requested an amendment to the Los Rios Specific Plan to re-establish the accessory use permit (AUP) process, which was removed in 1999. The Tea House is interested in expanding its hours and adding spirits, Schwartze said. The Tea House already offers beer and wine.

Damian Orozco, operator of The Tea House, said he would like to expand their dinner service and offer “high-end cocktails.” Orozco said they are not looking to become the next Trevor’s at the Tracks or Swallow’s Inn, both of which offer bar services.

“It’s the opportunity to provide a unique culinary experience that one cannot find anywhere else,” Orozco said. “Romantic, ethereal, serene—these are words that my guests currently use to describe The Tea House. I do not want, nor do I anticipate that, to change if we are granted the opportunity to do dinner service. I’m not looking to become a bar, offering shots or $5 draft beers.”

The Ramos House Café also wants to expand its hours into the night for private parties, Schwartze said.

“The existing AUP, we can’t expand—for instance—on The Tea House beyond what we’ve got now, without adding the AUP possibility back into the code and then moving forward,” Schwartze said. “There is no vehicle to get us from here to there without an amendment to the specific plan.”

Hidden House Coffee was also mentioned in the city staff report and by Schwartze as part of the requested code amendment, though that business reportedly had no current plans similar to The Tea House or Ramos House Café.

“Until that plan is hatched and some clear definition is made, there won’t be an application,” Schwartze said. “But presently, the way the specific plan is done, there’s no vehicle that would allow them to come before you and say, hey, we want to have wine flights or whatever it is. That situation doesn’t exist unless a specific plan is amended that provides some vehicle for them to get from here to there.”

Monica Mukai, a separate property owner not affiliated with Schwartze, also submitted AUP requests for two properties she owns in the Los Rios Historic District as a result of Schwartze’s request. Joel Rojas, Development Services Director, said the Planning Commission was just considering the code amendment, and not the business applications specifically.

Commissioner Stan Braden said he had concerns about the 25% amount being too large.

“The Los Rios District is a special pedestrian area and a residential area. I look at food and beverage there as being an accommodation—almost—for people wandering through, ultimately, galleries and shops and getting thirsty and not having to necessarily go all the way back to the other side of the tracks,” Braden said.

Current hours for the discussed Los Rios businesses might be too short and need expansion, but 10 p.m. and even 9:30 could be too late for a residential area, Braden said.

“I could even see it possibly being a little later in the summer, when it’s daylight more, because of the way it is,” Braden said. “It’s safer, and shortening the hours in the wintertime. It’s not as active (then).”

Commissioner Matt Gaffney said he doesn’t have a problem with The Tea House or Ramos House Café expanding their hours, and he didn’t expect them to be open until 10 p.m. on Wednesdays in January.

“What I would like to see, if we’re going to do any of this kind of stuff, is enforcement out of the city over there for some of these requirements about people living at the establishments and any of that other kind of thing,” Gaffney said. “We can make all the rules we want, and if there’s no enforcement, nothing ever happens.”

Vice Chair Tami Wilhelm said she had “very mixed feelings” about the proposed code amendment, and her knee-jerk reaction is that the Los Rios Historic District is a neighborhood first and economic generator for the community second. Wilhelm said she loved the businesses and would like to see the city create an emergency response to help them rebuild what they recently lost.

“What I don’t want to do—I don’t think—is to make a new rule to try and make up for something that was a big but temporary problem: the pandemic,” Wilhelm said.

Wilhelm also said changes should not be made since the effects of the upcoming River Street Marketplace are currently unknown. Wilhelm said while some expansion of hours might work for her, the extended hours presented made her prefer to “put on the brakes and wait.”

“I am uncomfortable with the notion that we would expand some of these businesses until 10 o’clock at night all days of the week in a neighborhood,” Wilhelm said. “I know that at 5, 6 o’clock, when you’re sitting at the dining room table trying to help your kids with homework or finishing up a piece of work, it’s nice when that neighborhood rolls up the sidewalks and it’s quiet.”

Commissioner Darren Fancher said some mechanism allowing business owners to ask for change is good, but he was not convinced he liked everything he saw as presented.

Chairman Harrison Taylor called the matter a “very challenging issue” that brought out a lot of familiar community faces and neighbors on both sides. The Planning Commission’s job is to look forward and vote on the future of the Los Rios community, he said.

“I believe we’re at a tipping point in the district,” said Harrison Taylor, who lives in the district. “It’s been progressing very nicely with the exception of the pandemic, which has obviously set a lot of businesses back. Now that we’re starting to emerge out of there, I’ve seen our parking lots full.”

Pushing the residents “to the point of extinction” would mean the Los Rios Historic District is no longer the oldest residential neighborhood in California, and it would risk the charm of the area, Harrison Taylor said.

“I would be willing to look at other options and go from there,” Harrison Taylor said.

Other residents of the Los Rios Historic District, including Mayor John Taylor, also spoke on the matter. John Taylor, who is the father of Harrison Taylor, said he was speaking as a resident and not a councilmember.

“This one has got me and my family very concerned, because, for one thing, we’re allowing a certain percentage—an arbitrary number, 25%,” John Taylor said. “It’s like, why not 50%? In five more years, will that be the next thing? Or can you even justify it legally?”

Allowing that 25% threshold would mean one out of every four houses in the Los Rios Historic District would be allowed to serve alcohol and stay open until 10 p.m., John Taylor said.

In other news from the meeting, the Planning Commission also approved a three-year extension on the development agreement with Advanced Real Estate Services for the Distrito La Novia-San Juan Meadows project.

The 154-acre, mixed-use residential and commercial project will involve the remediation of the former Forster Canyon Landfill, 94 single-family residences, an equestrian facility for up to 500 horses, 130 multi-family units, 75,000 square feet of commercial/retail use and 16,000 square feet of office use. The developer will have to pay an in-lieu fee if they do not build the equestrian facility, the funds of which will be go toward equestrian use. The Planning Commission approved requiring the in-lieu fee during the April 27 meeting.

The project was approved by the city in 2010. Commissioners noted the developer is reportedly encountering bureaucratic “red tape” from the Regional Water Quality Control Board when it comes to the equestrian facility.

Equestrians, including Julie Ryan Johnson, spoke in favor of the project since it includes an equestrian facility. The equestrian community has expressed concerns the equestrian lifestyle could gradually fade away due to complicating factors, including CAFO (concentrated animal feeding operation) regulations.

Robb Cerruti, Vice President for Advanced Real Estate Services, told The Capistrano Dispatch in February they are moving forward with the improvements to the old landfill and grading for the project first, and then will turn their attention to the equestrian facility—which requires approval from the Regional Water Quality Control Board—at the “appropriate time.”