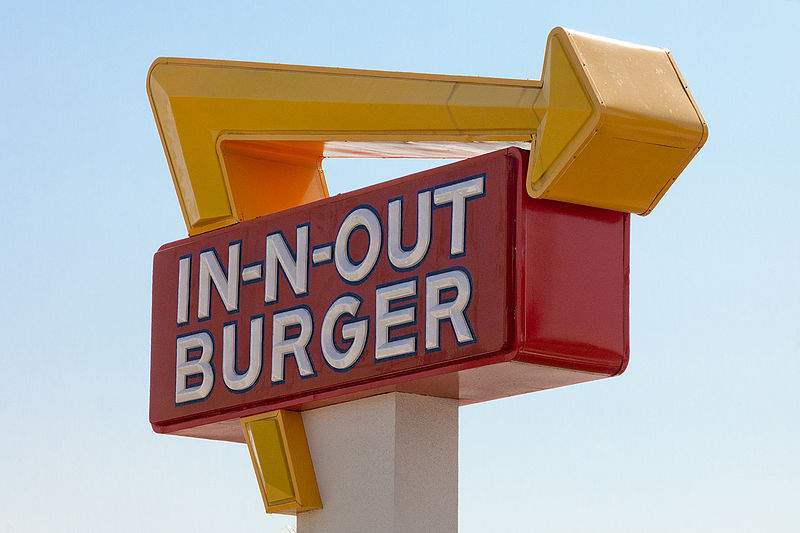 Due to concerns with some of the project details, the San Juan Capistrano Planning Commission issued a recommendation that the City Council not approve conditional and discretionary use permits for a proposed new In-N-Out Burger drive-through location on Del Obispo Street.

If the City Council abides, that effectively means the fast food company cannot build a restaurant with a drive-through lane at the site of the current Marie Callender’s building.

The Planning Commission voted, 4-1, against the permit proposal during a meeting on Wednesday, Jan. 12. Planning Chair Harrison Taylor, Vice Chair Tami Wilhelm, and Commissioners Stan Braden and Darren Fancher voted yes on recommending the permits not be allowed. Commissioner Matt Gaffney was the sole no vote.

Some commissioners—particularly Wilhelm—raised concerns over landscaping and schematic issues in In-N-Out’s plan outline, as well as proposed tree removals. Wilhelm said she was unable to approve a plan that was not easy to navigate or one that couldn’t be seamlessly presented to the City Council.

“I feel the design, as proposed, does not comply with the design parameters of the Town Center Edge District,” Braden said.

The proposed new restaurant has received significant backlash from some in the community due to an expected traffic increase for Del Obispo Street and nearby intersections, which can already see afternoon bottlenecks. Other objections raised in the community include the increasing presence of fast food restaurants in the area, which some feel detracts from the town’s quaint vibe.

The phase 2 referenced by Taylor is an area at the northeast corner of the property that would be set aside for further commercial development under the proposal. What that exact development would be is currently undetermined.

A traffic analysis impact report prepared for the City of San Juan Capistrano said there would be a minimal traffic impact from the new restaurant. Wilhelm said they must trust the science of the report.

Residents were at the meeting to voice their opinions on the project. Former Mayor Mark Nielsen said a previous City Council rejected a proposed In-N-Out location, and nothing has fundamentally changed since then. The safest action city officials can take on a discretionary use matter is to say no, Nielsen said.

“The traffic impact is huge, as anyone can see if they spend five minutes at any of the other local In-N-Outs. To impose this burden on the citizens might be argued if there was a huge financial benefit to the city, such as hundreds of thousands of dollars of your tax revenue,” Nielsen said. “Unfortunately, the sales tax will only result in a paltry $30,000 to $40,000 of revenue, assuming the store averages at least $3 million in annual sales as other stores.”

However, other residents—such as Joanne Marquez—support the new restaurant. In-N-Out Burger is a good company that has good food, helps young employees go to school, and also assists in the fight against human trafficking, Marquez said.

“I think the traffic has been dealt with. I’m not worried about it,” Marquez said. “The world was supposed to come to an end when Chick-fil-A opened. We live just (near) there. We’re in and out of Target and Chick-fil-A and DeNault’s a lot. I don’t think traffic there has been anywhere near what we were told it was going to be.”

Gaffney said San Juan Capistrano is the halfway point for people going from Los Angeles to San Diego, and that the majority of people stopping at the proposed location would be coming off the freeway and eating there. Families visiting Mission San Juan Capistrano don’t have many nearby food options that are “economically feasible,” he further said.

“I don’t think this is going to be much of an issue at all,” Gaffney said. “The traffic study says it’s going to work. I’ve sat on this (Planning) Commission—I did this—with Costco. I did it with Chick-fil-A. Everything was the end of the world, and it never is.”

Cassie Ruiz, the applicant for the new location on behalf of In-N-Out Burger, said the city will get a refurbished building if their new restaurant is allowed.

Wilhelm said the Planning Commission is not unfriendly to business, and willing to work with In-N-Out provided they make necessary changes to the location’s details.

The new restaurant has come before local government boards due to the proposed drive-through lane, which requires conditional and discretionary use permits. A mere sit-down restaurant with no drive-through lane could be built at the Del Obispo site without City Council approval.