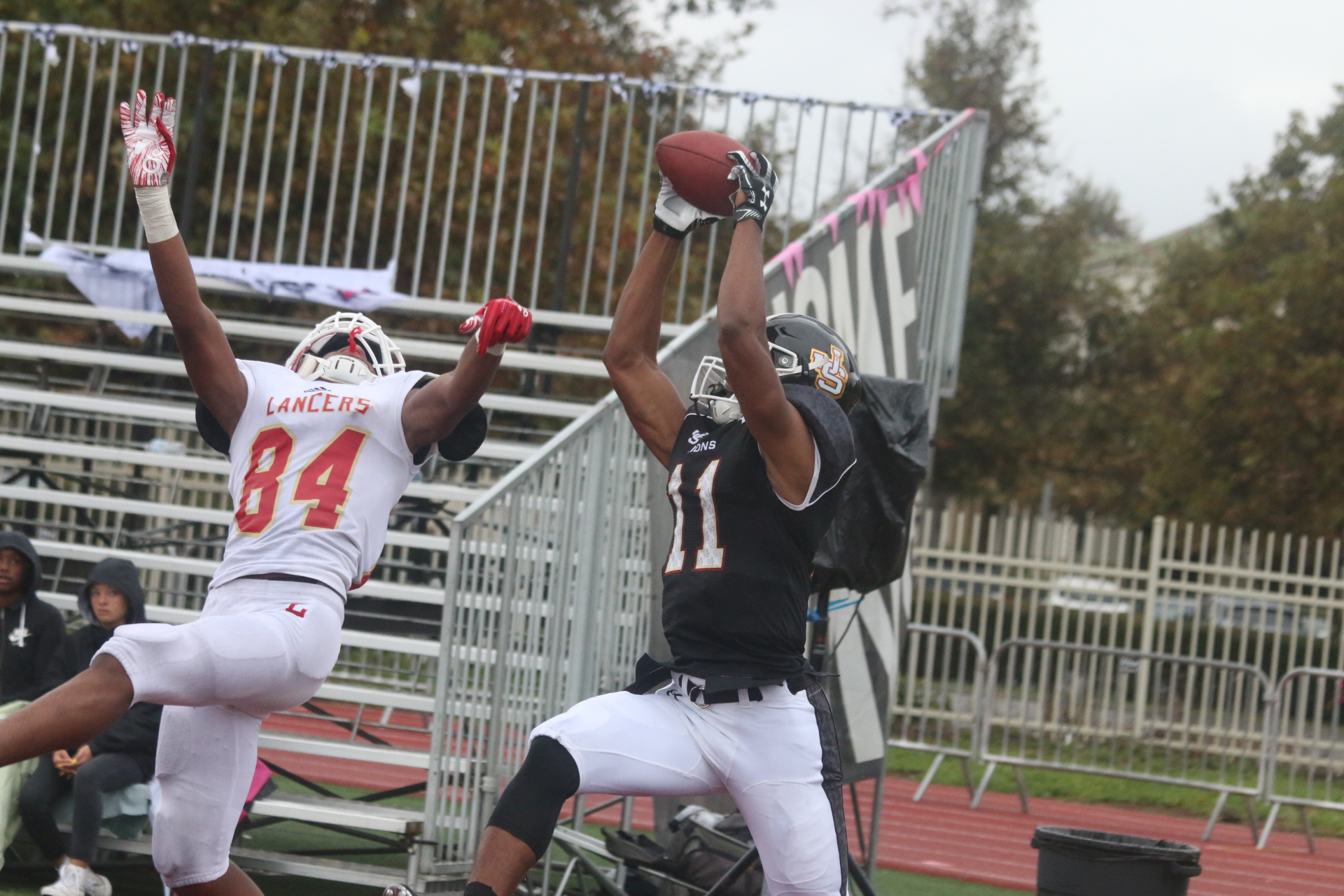 CIF-SS playoffs opened with the first round on Friday night. Let’s check in on all five results:

In Division 1, the Lions opened on the road at Long Beach Poly as they did in the first round a year ago, however JSerra left with a different result.

The Lions dominated with five forced fumbles and a strong 133-yard, two-touchdown performance from running back Chris Street in a 42-9 win at Veteran’s Stadium in Long Beach.

JSerra led by as much as 28-0 into the third quarter with Street’s two TD runs and touchdowns by sophomore Jasper Lott and offensive lineman Caden Blyth, who recovered a fumble in the end zone off of  a screen pass. Long Beach Poly earned a safety to break the shutout in the third quarter.

Tyler Shimomura threw a touchdown pass to Jaden Genova on a fake field goal play, and Anthony Ward ran in a touchdown in the fourth quarter.

In Division 2, it was the Joey Hobert show once again for the Sea View League champion Stallions.

In a rematch from earlier this season, San Juan Hills avenged its loss to Edison with contribution from Hobert in all three phases of the game. The junior pulled in two interceptions, converted a fake punt for a 58-yard run and caught a 69-yard touchdown in the 22-15 win at San Juan Hills High School.

Edison had beaten San Juan Hills, 33-14, on Sept. 7, but both teams were much different groups than that game nearly two months ago.

Joey Hobert had two INTs and a TD reception. And a fake punt run for 58 yards and tackoand he punted for San Juan Hills in a 22-15 win over Edison ⁦@CIFSS⁩ D2 first round ⁦@ocvarsity⁩ pic.twitter.com/zoyufY1clT

As they did all through league play, the Stallions got their running game going again as Hobert ran for 146 yards, and Chase Monarch ran for two touchdowns.

San Juan Hills’ defense was again a major key for success with Hobert’s interceptions and three sacks from Cade Albright.

James Mott threw for two touchdowns and Koa Todd ran for 76 yards and a touchdown as the Tartans beat Huntington Beach in a 28-17 win at St. Margaret’s. Todd also caught a touchdown pass and wrapped up three sacks for the St. Margaret’s defense.

St. Margaret’s led 21-7 at halftime with a touchdown throw to Will Kenner, a punt blocked for a score by Alex Smith and Todd’s receiving touchdown.

Many looked at this game as a chance for St. Margaret’s to prove something, but with their run to the Division 7 semifinals last season and their run to a No. 2 seed this season, the Tartans are ready enough to keep playing with the big boys.

St. Margaret’s will travel to the desert next week to take on Serrano of Phelan in the Division 6 quarterfinals. Serrano came to Orange County and beat Cypress, 19-8, on Thursday.

In Division 12, the Warriors salvaged their season with strong wins in San Joaquin League play to earn a playoff spot, but SVC had to travel up the road to No. 2 seed Laguna Beach.

Very proud of these Warriors, Coach Chambers and staff. They could have taken the easy route and changed colors when the road looked too bumpy, but they fought thru all challenges presented and represented us w class. That loyalty is immeasurable. @ocvarsity @SouthOCsports

SVC was up to the task and showed plenty of fight to take a lead in the third quarter, 21-17. Jack Sweeney found John McCain on a screen pass for the 35-yard touchdown.

Laguna Beach would respond to take the lead, and despite a blocked extra point by SVC, the Warriors couldn’t find their way back over the hump.

In Division 13, the Eagles were another of the great turnaround stories in Orange County football this season. From three wins over two seasons to a nine-win campaign and their first 11-man football league title since 2000 this season, CVC more than earned its way into the playoffs.

However, CVC faced another strong turnaround story with a county public school in Loara.

Wow! What a game! Even though we were on the short end of the 42 to 35 score we are so proud of our team. They played their hearts out, never gave up & kept coming back all night! Awesome season, blessed to be coaching the CVCS Eagles! Good luck to Mitch Olson & Loara next week. https://t.co/hrnsOERqkI

Loara was ahead from the start, and CVC found itself just short on a couple occasions. Loara led 21-7 at halftime, but the Eagles were stopped one yard short of a score as the half expired. Loara led 42-21 going into the fourth quarter, but CVC came back to trail by just a touchdown.

CVC showed its offensive talent and pedal-to-the-floor style all season, but the Eagles couldn’t make the full comeback on Friday.