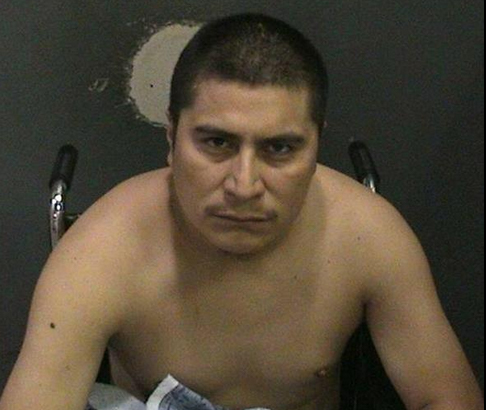 The Orange County Sheriff’s Department is asking for the public’s help in finding a man who was involved in a fatal car accident last year that killed his 5-year-old daughter and severely injured his three other children.

On Saturday, March 22, 2014 at approximately 7:35 p.m., Antolin Brito-Soto, 33, of San Juan Capistrano, was involved in a solo-vehicle collision near Camino Capistrano and Junipero Serra Road, according to the Sheriff’s Department. The collision occurred as Brito-Soto drove his 2002 Ford Explorer westbound on Junipero Serra Road, through Camino Capistrano into an adjacent parking lot and over an embankment.

Brito-Soto’s four children were in the vehicle at the time of the collision. His 5-year-old daughter, Yuliana Brito, was pronounced dead from her injuries at Mission Hospital in Mission Viejo. His three other children—ages 2, 8 and 12—were seriously hurt and transported to local hospitals to be treated for their injuries.

Based on the preliminary investigation, it was determined Brito-Soto was driving under the influence of alcohol at the time of the collision.

“Soto is accused of displaying objective signs of intoxication and had a blood alcohol content of .18 percent one hour and a half after the crash,” a 2014 press release from the Orange County District Attorney’s Office stated.

In April of last year, the Orange County District Attorney’s Office charged Brito-Soto with felony vehicular manslaughter with gross negligence while intoxicated, driving under the influence of alcohol causing bodily injury, driving with a blood alcohol content of .08 percent or more causing bodily injury, and one misdemeanor count of driving on a suspended license. If convicted, he faces a maximum sentence of 20 years in state prison.

Brito-Soto was arrested on his hospital bed at Western Medical Center in Santa Ana the night of the collision and posted his $150,000 bail several weeks later. He has not returned to court since his arraignment on charges of vehicular manslaughter and child abuse.

Brito-Soto is described as a Hispanic male, 5 foot 3 inches tall, 150 pounds, with black hair and brown eyes, a medium build and olive complexion. He is known to frequent the San Juan Capistrano area; however, he has ties to Chicago, Texas and Mexico. Officials said investigators have exhausted resources in those areas and are asking the public for assistance in locating Brito-Soto.

Anyone with additional information is asked to call Orange County Sheriff’s Department’s Traffic Bureau at 949.425.1860. Anonymous tips may also be submitted to Orange County Crime Stoppers at 855.TIP.OCCS (855.847.6227) or at occrimestoppers.org.