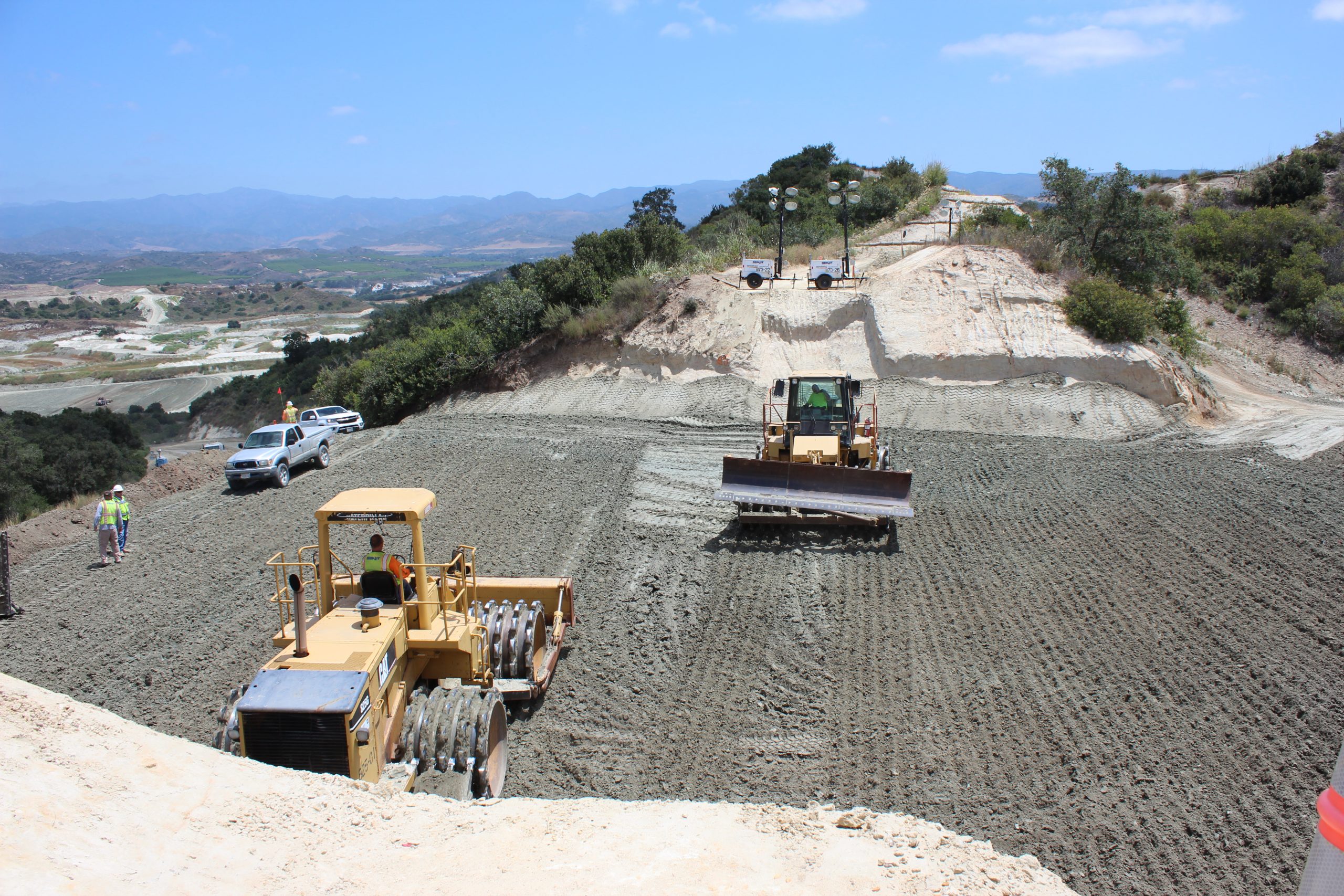 The Trampas Canyon Dam and Reservoir Project, under construction by the Santa Margarita Water District (SMWD), continues to move forward, according to SMWD officials.

The main dam has been completed and reportedly stands more than 200 feet high. Overall work is expected to be substantially completed in September. A construction crew has been busy working on the project’s emergency spillway.

The water dam and reservoir is being constructed on land acquired from Rancho Mission Viejo, south of Ortega Highway. The project is intended to increase the amount of recycled water the water district uses.

“Because we can now store water that’s generated in the winter that previously would go to the ocean, we can store every drop of that and utilize that for irrigation,” SMWD Deputy General Manager Don Bunts said. “As you look out and see these hills (in Rancho Mission Viejo), they’re going to be developed. It helps make those developments more sustainable because we’re not having as negative an impact on the environment.”

SMWD Public Information Officer Nicole Stanfield said they hope the reservoir will eventually be a source of drinking water.

“We import all of our drinking water from Northern California and the Colorado River,” Stanfield said.

Engineering Construction Manager Jeff McDonnell said the project is coming along “really well,” though conceding it has been challenging with recent rain, which temporarily delayed the project.

Bunts said progress has been fantastic, considering the intricacies and nuances involved with the construction’s scope, as well as the state requirements for the operation. The COVID-19 pandemic has not delayed work.

“The state’s been with us all the way along,” Bunts said. “We’ve never had any issues, as far as not meeting their quality requirements.”

The San Juan Capistrano City Council approved a water and utility annexation agreement with SMWD in January, meaning those systems will be transferred to SMWD. The annexation agreement still needs to be approved by the Local Agency Formation Commission (LAFCO) and could become official this fall or winter.

“In the city of San Juan, we’ll now have that water available for those residents,” Bunts said. “In this area, it’s going to be a tremendous benefit.”

The Santa Margarita Water District Board of Directors on June 3 unanimously approved a revised budget with $1.8 million in reductions, a new customer assistance program to help customers experiencing financial difficulties, and canceled the previously approved rate increase scheduled to be implemented in January 2021, due to the economic fallout from the ongoing health crisis.

Water quality and customer service are not expected to be impacted, nor is the Trampas project.