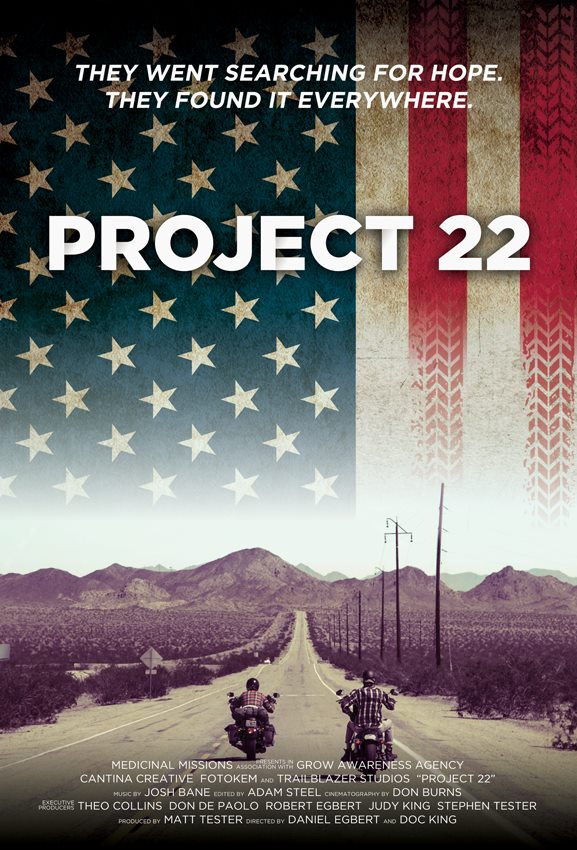 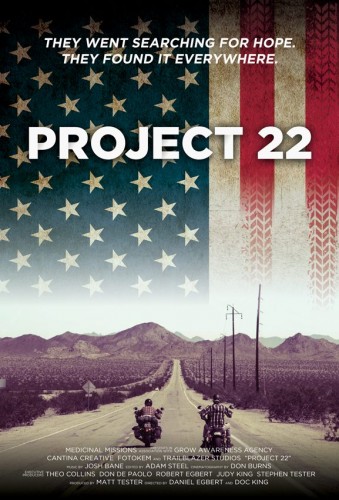 Dozens of community members attended an Oct. 20 showing of the documentary Project 22 at San Juan Capistrano’s Regency Theater in support of local veterans and service men and women nationwide. The event was hosted by San Juan Capistrano resident Marine Sgt. Lucas Dyer and his wife Jessica, with Project 22 co-directors Doc King and Daniel Egbert, who reside in Los Angeles, also in attendance.

Project 22 details how King and Egbert have dealt with issues such as post-traumatic stress disorder as combat veterans. The directors describe their mission as restoring “a warrior culture that supports holistic healing and life-long personal growth, while empowering veterans to serve as community leaders and mentors.”

The film details their 6,500-mile cross-country journey to raise awareness of the high suicide rate among veterans while also providing hope to service men and women. Recent statistics show that 22 veterans take their own lives every single day. The duo interviewed researchers, healthcare providers and veterans during their trip—many of the people they encountered had either contemplated or attempted suicide. The film shares alternative sources of healing and hope that don’t rely on conventional medicine, such as meditation, music, art, yoga and interaction with animals.

Dyer said he was encouraged to host a showing in San Juan Capistrano as he has personally dealt with PTSD. Dyer said he utilizes writing to help process his thoughts and emotions and was happy to raise awareness of veterans’ issues in town.

“People were amazed that this epidemic is going on,” Dyer said. “They hear a lot about veteran suicide, but they don’t understand why. Veterans have gone through a lot and don’t know how to cope, but the reality is that medications are leading to catastrophic events.”