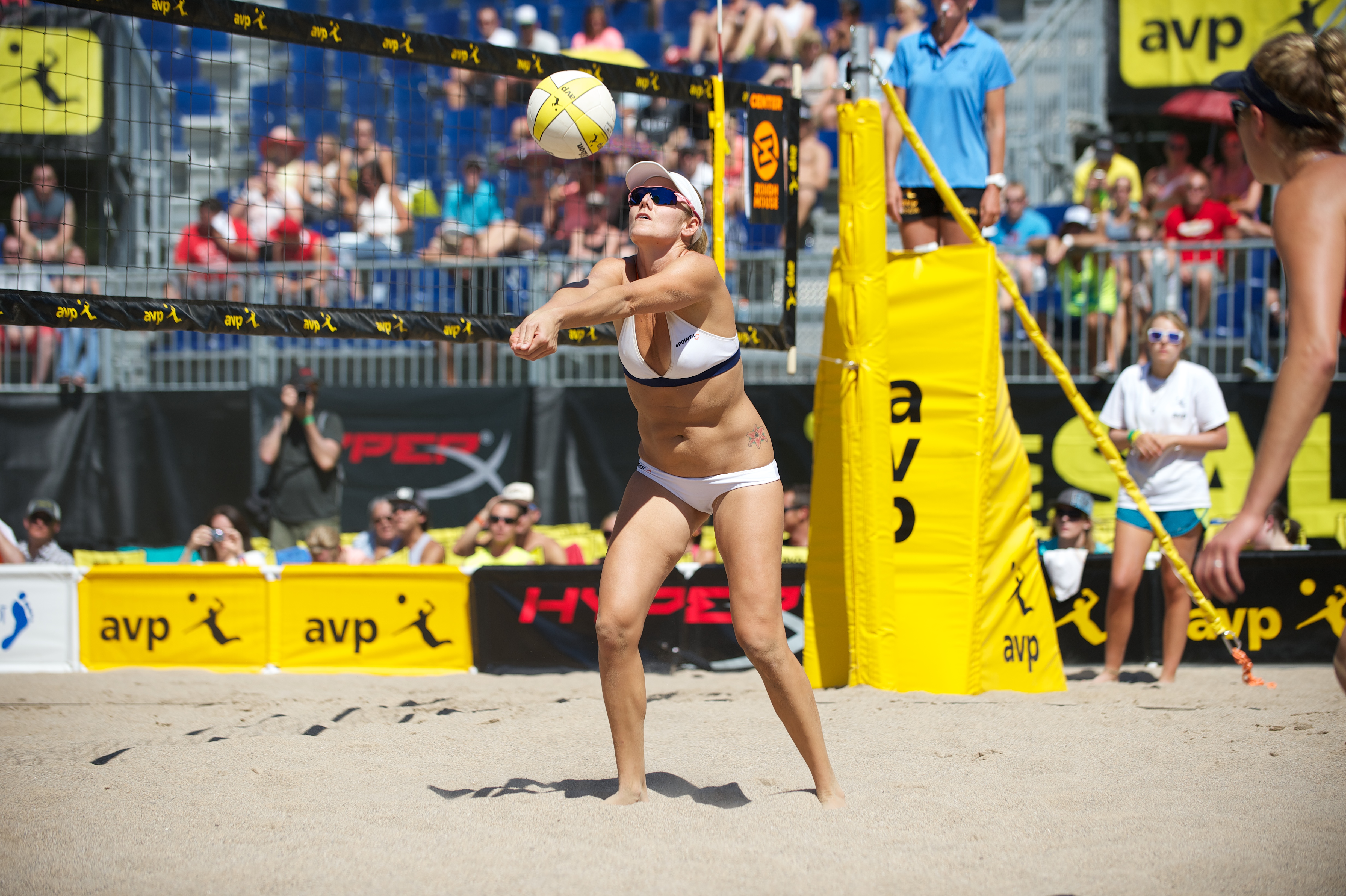 Jennifer Kessy has had a busy year, but not on the volleyball court, where the 37-year-old Olympic silver medalist is eying a comeback. No, Kessy tended to other things throughout the 2014 season, like her newborn daughter.

Kessy, a San Juan Capistrano resident, spent the entirety of last year’s Association of Volleyball Professional’s beach volleyball season, and international schedule, watching from the sideline as she became a new mother. Now, Kessy is ready for her return to beach volleyball’s biggest stage and a run through Olympic qualifying events.

Kessy has parted ways with former partner April Ross, who claimed a silver medal with at the 2012 Olympics in London in addition to two AVP tour titles. This year Kessy will partner with 27-year-old Emily Day, an up and coming player that Kessy feels compliments her game.

Kessy and Day’s ultimate goal? Earning a berth in the 2016 Rio Summer Olympics and taking a shot at a gold medal.

The Capistrano Dispatch  spoke with Kessy over the phone during the AVP’s 2015 media day on May 5 to catch up on her busy offseason and get her thoughts on the future.

The Capistrano Dispatch: You’ve had a very busy year and did not even step on the volleyball court. What have the past 12 months been like for you? How have you been adjusting to the return to pro volleyball?

Jennifer Kessy: Obviously having a baby is one of the most amazing experiences you could ever have. But you gain some weight, you get out of shape. For me, I worked out a bit when I was pregnant but nothing compared to what I normally do. So getting back into the swing of working out all the time and eating perfectly and being in shape has actually been really hard.

I think being 37 and a new mom and an athlete, I think it kind of took a toll on my body. It was like ‘No, no, no, we’re not going to move anywhere fast’. I’ve just had to accept that.

CD: How long did it take for you to shake off the rust in your game?

JK: Volleyball-wise it was kind of like riding a bike. I started in January and honestly have gotten better every day since. My jump and athleticism took a long time to come back but all my ball control, knowledge of the game and that competitive fire, all that stuff was still there which I was very happy about.

I’m still not perfect in any means in volleyball but I was never perfect before so I have to hold myself to that standard but it’s been really, really fun and I’ve found the love for the game again and it’s great.

CD: Did you get antsy watching the 2014 season go by from the sidelines?

JK: I was. I wasn’t antsy to play because I couldn’t but I looked at the results thinking ‘Wow, nobody is stepping up. No one is really putting themselves in that second spot for the Olympics’ and I think that was a big decision for me to come back. If there was a team that stepped up and was in there and I had no chance, then I probably wouldn’t have come back to play internationally. Since its open, that fire came back.

CD: You will be playing with your new partner this season, Emily Day. What’s that process been like?

JK: It’s been going really well. We have our days where it goes great and the next day it goes really bad. Hopefully those down dips will get fewer and fewer but it’s hard I think coming back, being a mom and juggling all of that. Coming to practice is a different story when you’re up at 4:30 in the morning. For me I’m dropping my baby off and it’s just a different game now. I think we’re going to be great it’s just juggling all of that is a little bit different.

I asked a few players, I asked (former partner) April Ross, who they would think be a good fit for me and they all kept saying Emily. I just went with my gut and Emily went with hers.

CD: How does Day’s skill set compliment yours on the volleyball court?

JK: I am not a gigantic blocker and I’m not an unbelievable defender. I’m good at both but I’m not great at both so I really needed someone in the same kind of position that was a blocker but could also play defense. So that’s what I was really looking for. I was looking for April (Ross) in a different way and was a new fresh, younger face too which is amazing. (Day) definitely fit that mold and it’s definitely working well with us.

CD: Obviously the AVP beach tour is important, but are you two setting your sights on a higher mark, like a return to the Olympics?

JK: Yeah. Of course our main goal is to do well on home soil but the outlook right now is all about Rio. It’s all about qualifying for the Olympics and getting back there and getting another shot at the gold medal.

As happy as I was with the silver (in 2012) there’s still a little bitter taste in my mouth about that final. The main goal is to be back and have a gold medal.