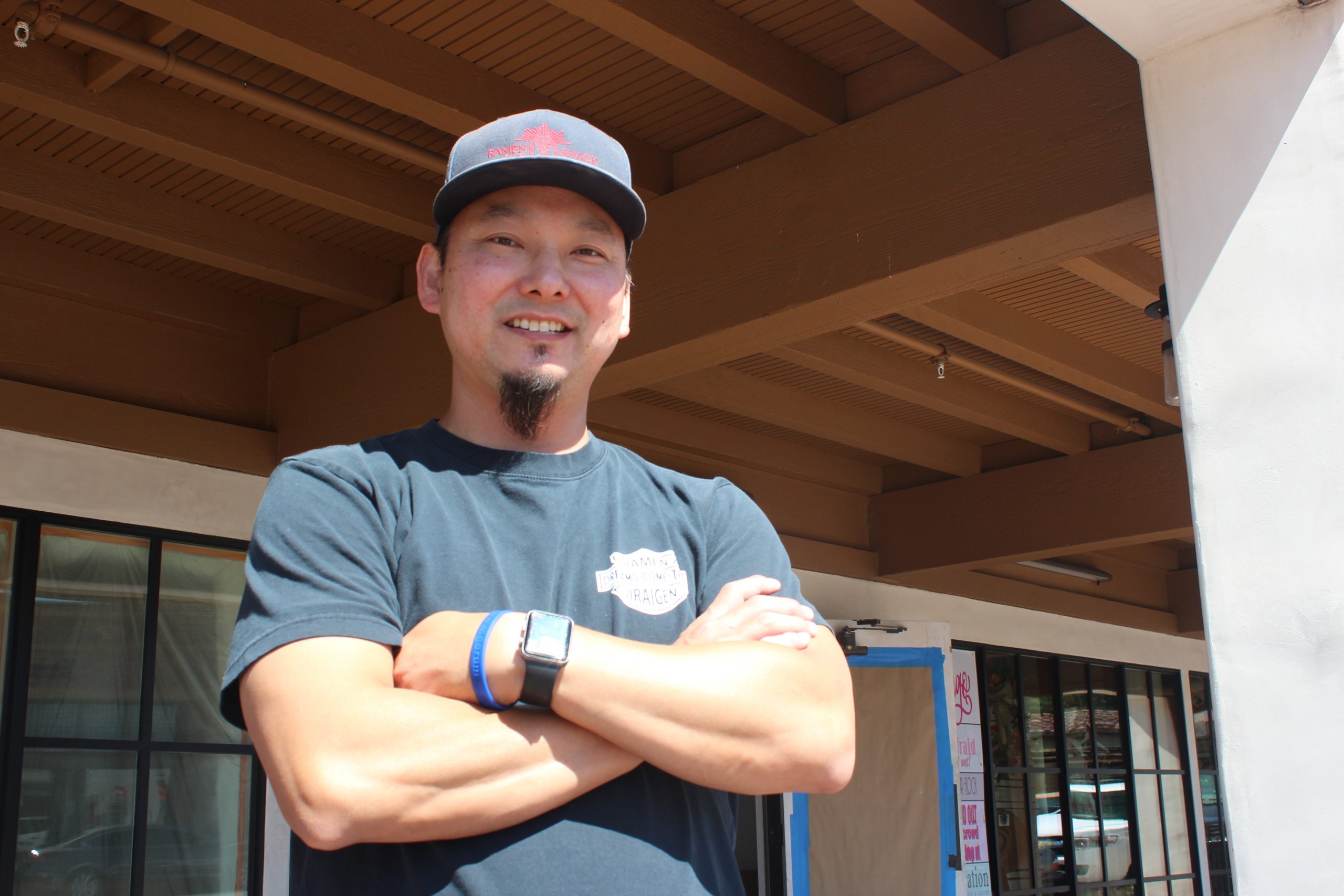 As a sign of how seriously he takes his craft, chef Keizo Shimamoto spent years honing his ramen cooking skills abroad.

The Orange County native—raised in Huntington Beach and now living in Irvine—traveled to Japan to study ramen preparation after he discovered his passion for ramen through a blog where he documented eating the dish throughout Southern California.

Shimamoto will now use his skills for Ramen Shack, a new restaurant expected to open in downtown San Juan Capistrano this summer—next to Hennessey’s Tavern and across the street from the upcoming FKN Bread bakery.

“I used to be a programmer and worked in finance,” Shimamoto said while enjoying coffee at Hidden House Coffee, around the corner from his planned new ramen spot. “After the subprime meltdown, I got laid off from a couple of jobs and then it was just hard to really find a job again—so I just took the plunge and quit everything and moved to Japan to study ramen.”

He spent four years in Japan working at various shops before returning to the U.S. in 2013—but this time on the East Coast in New York.

“It was one of those things where I never thought I would become a ramen chef—but just my love for ramen and wanting to know more about it kind of led me into becoming a chef, because there’s so much you can eat and the only way to really learn more is actually make it,” Shimamoto said.

While in New York, Shimamoto created a dish called the Ramen Burger, which went viral. The Los Angeles Times reports the dish is a “burger consisted of a shoyu-glazed beef patty placed between two secret-recipe ramen buns.’”

“Through all that success of the Ramen Burger, I was able to channel everything back to my love for ramen and I opened up Ramen Shack back in New York City,” Shimamoto said. “From there, I started to get a cult following from the locals and the ramen community was very supportive of me. People would come from all over the states to try my ramen.”

Shimamoto is now back in California, where all his family is. Returning home during the COVID-19 pandemic made sense, he said.

Ramen Shack could open in San Juan at some point in late July or early August.

“I remember coming here for field trips in elementary school, going to the Mission. There’s kind of a special place here. I always remembered it as a kid, even driving down the 5 (Freeway),” Shimamoto said. “To move back here and come see how the town is growing and you have all these really nice restaurants—Heritage and Mayfield—I instantly felt like, oh, this could be the next culinary destination.”

Shimamoto misses serving people and seeing the excitement on their faces.

“I think it will be like a destination spot,” he said. “I have a lot of fans that are willing to travel. Having the train station right here and the Mission, there’s stuff to do in San Juan. Get a bowl of ramen, go get Heritage Barbecue, grab a coffee here, go to the zoo.”