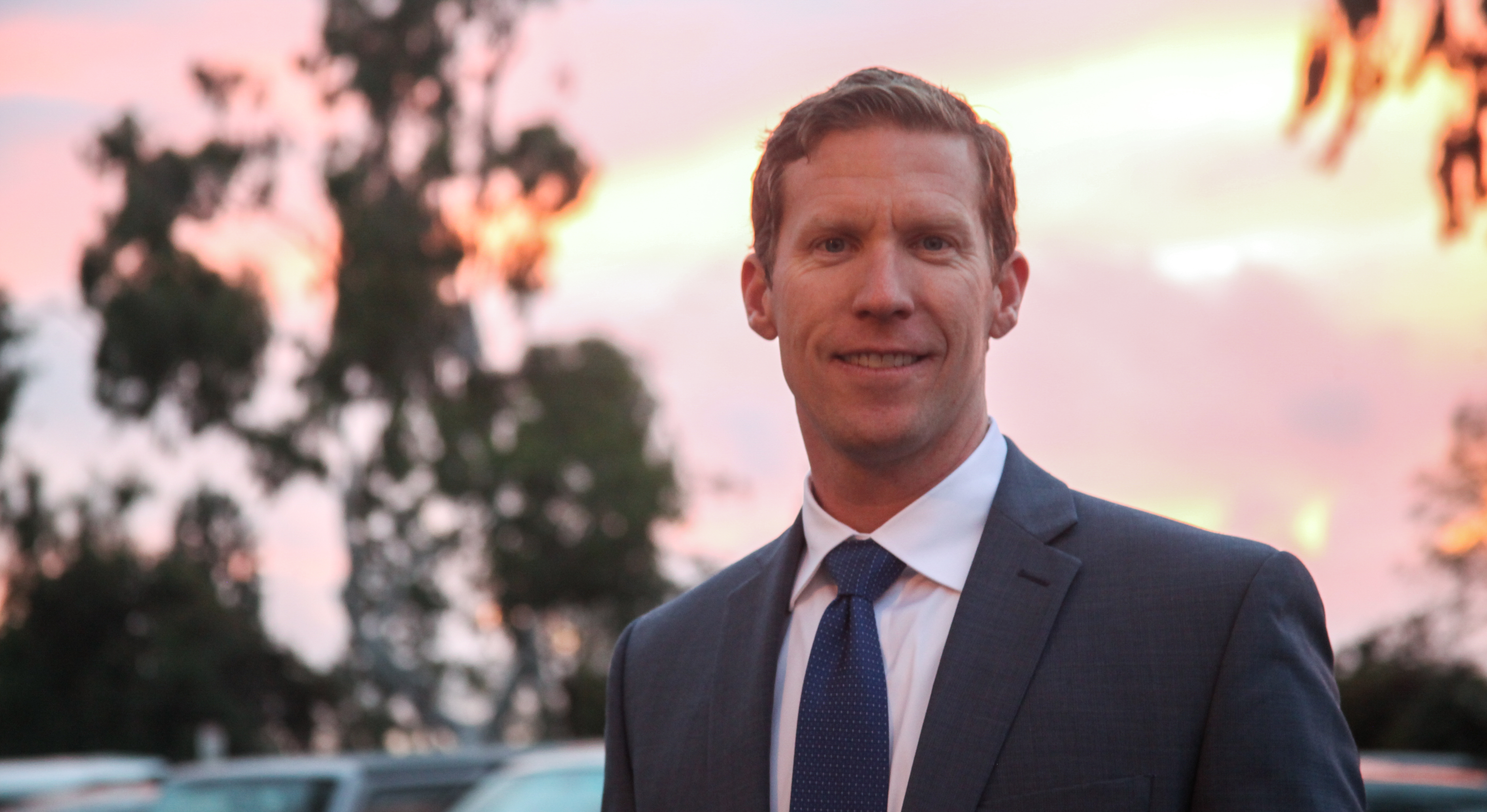 In December, the San Juan Capistrano City Council announced the unanimous selection of Ben Siegel as the city’s new manager following the departure of Karen Brust in July. After four years of service to San Juan, Brust left her position to accept the role of city manager in her hometown, Encinitas, in September.

Siegel, 37, comes to San Juan Capistrano from the city of Laguna Beach, where he has worked since 2012 and currently serves as the assistant city manager and director of public works. Siegel is set to begin his work in San Juan on Feb. 8.

The new manager recently sat down with The Capistrano Dispatch to talk about his background in municipal government and what he’s looking forward to most about working in the city of San Juan Capistrano.

Beginning His Career in Government:

Siegel earned his bachelor’s degree in political science from UCLA and completed his Master of Public Administration degree at California State University Fullerton. He began his career in local government as an intern at the city of Encinitas.

“I knew I wanted to be in public service in some capacity. So I took an internship in Encinitas in the city manager’s office. At the time, all my favorite surf breaks were in Encinitas, so I thought, ‘Hey, this is going to be great!’ I thought that was very fortuitous. In a very short period of time, I knew that was the career for me. I really found it challenging and interesting, and I loved the diversity of disciplines you get to be involved in and working with people from all different backgrounds. You also get to have a positive impact on the community, and you play a role in projects and programs that hopefully improve the community.”

After interning in Encinitas, Siegel was hired on full-time by the city of Lake Forest in 2003 and went on to work in the public works department, the city manager’s office and with police services. After the assistant city manager went on maternity leave, he filled in and ended up working in that role for the next five years. Siegel said it was an interesting time for the community, as private landowners began approaching the city about rezoning the land along the 241 toll road from commercial industrial to residential following the closure of a Marine Corps Air Station at El Toro.

Siegel moved to Laguna Beach while working in Lake Forest, met his wife, Alison, and when the opportunity arose to work as the city’s community services director, he took it. Shortly after, he was promoted to deputy city manager, and later on he also accepted the role of the city’s public works director. Siegel said he enjoyed his large “umbrella of responsibilities,” including working on transportation issues.

“What’s really interesting and unique about Laguna Beach is we have our own year-round transit program. There’s a fleet of 31 buses and trolleys, which is very unusual, but especially for a city of 25,000 people. I got some latitude to be very flexible there and try new programs to increase transit use and reduce congestion. There’s been summer service in Laguna Beach for decades, but just in the last five years the ridership on that summer service has gone up 50 percent. We got a grant from OCTA to expand that service to weekends in the non-summer months. We launched that in March, and it’s been incredibly successful—we’ve basically quadrupled the number of riders compared to what we need to sustain grant funding.”

“Some challenges have been working with state and regional agencies. That can be tough, navigating those bureaucracies. Some of the projects that I’ve worked on were very long-term in nature, and it can be challenging when you have a public with expectations to really advance things and accelerate them. Sometimes there are processes that are beyond the control of the city. I understand the frustration in the public in those instances, and I think the city manager’s role is to expedite it to the extent possible, but also provide effective outreach and continual communication.

“I’ve also faced challenges working with different groups and organizations in a community that have very different views. Getting them to coalesce around one project, to move it forward, to share a vision and advance something to the point where a project can come to fruition can be incredibly challenging, but you also have to respect the process, that ultimately the idea is to get a better outcome because everyone has had the chance to provide feedback and input.”

What He Brings to the Table:

“There are generally managers and technicians. Sometimes public works directors can fit into that technician category, but I think what the (Laguna Beach) city manager saw in me was the ability to put an effective manager in that role. What I’m really excited to bring to San Juan is that passion and enthusiasm, a desire to work with the community, a desire to really understand the issues and the history and to work with the very disparate groups in town with different interests, and hopefully find some common goals and improve the community, which I know is really everyone’s ultimate goal.

“This is an interesting time for the organization. You have a lot of vacancies in some key management positions, so to me, that was an opportunity … from an institutional knowledge perspective, I really see it as a huge opportunity to build and create a highly effective management team and create a culture where the best and the brightest want to come work in San Juan. And there’s no reason they wouldn’t. This is an incredibly desirable community with a lot going on.”

On Handling Contentious Topics in Town:

“I understand that there are contentious issues, and that’s part of the process. People have different opinions and these are important issues—they will shape the future of this community, so that’s to be expected. I think one of the keys is you really have to strive to maintain civility and have an understanding that you can differ on a policy level, but it’s really not productive to take it to a personal level. I know the City Council here really values input from the community, but there are certainly ways (input) can be provided, and I think the city manager’s job is to help channel that into a productive conversation before it deteriorates.”

What He’s Looking Forward to in San Juan:

Siegel lives in Laguna Beach with his wife, Alison, and stepchildren Chloe, 8, and Finn, 6. He said he’s looking forward to learning more about San Juan’s history, meeting residents and business owners, and appreciating the area’s beauty and equestrian culture. He’s also looking forward to spending time with his family in town when he isn’t coaching youth basketball teams.

“I’m fascinated by this town. The more I drive it, the more I like it. Some of the history here you just don’t find in Southern California. How cool is it that you have a town with that history, but then also still have some of the challenges of new development?

“I think there are going to be some opportunities to diversify the local economy and improve economic development with opportunities for local businesses, so I’m excited about that, too.

“To have the ability to work in a community like this, it can be challenging but it’s also incredibly rewarding. And I think it’s unique, especially in Orange County, where so many of the cities are much newer. San Juan has been a community for a very long time—generations of people have lived here—so it’s very special.”