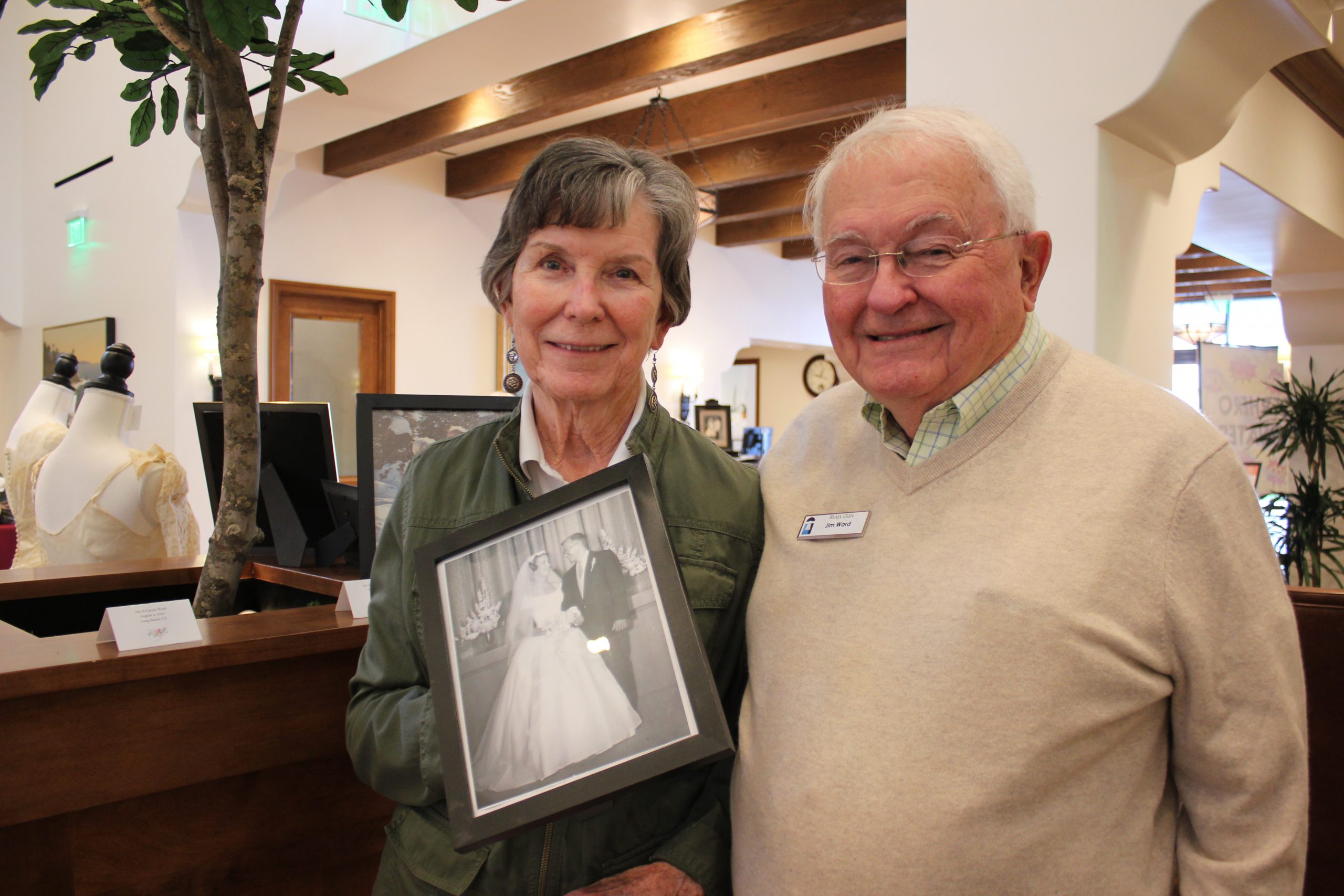 It was the 1950s in Paris, when Carole and Jim Ward first met overseas.

Carole approached Jim for help with making a phone call, and he ended up traveling throughout Europe with her.

“We courted in Vienna for several months,” Jim said.

In 1956, they got married in Long Beach after returning home to the United States. Come 2021, the couple displayed a wedding photo at Reata Glen, as part of a monthlong celebration of the couples and people who live there.

Residents are displaying vintage wedding dresses and photographs at the retirement community in Rancho Mission Viejo, in celebration of the most recent Valentine’s Day. Their memorabilia can be seen in the halls of the community center.

Carol and Jim Ward recounted their life story to The Capistrano Dispatch. After returning to the U.S., they eventually focused on their respective careers. Carole got a business degree and went to work as a geologist for an oil company, while Jim became an attorney and then a judge. Jim frequently commuted to San Francisco, where Carole had family, meeting often on Sundays over food.

Their love of travel never diminished and became a hallmark of their marriage. Jim, in particular, came to California after growing up in South Dakota. The two lived in South Dakota and Riverside for a bit before heading to Reata Glen, in the midst of the COVID-19 pandemic.

“That sort of became the theme of our life,” Jim said. “We’ve traveled everywhere.”

Carole said the key to a long marriage is not taking everything seriously.

“You’ve got to have the right attitude,” Jim said.

Jayne Austin, Life Enrichment Director for Reata Glen, said they wanted to bring the residents out and give them something to enjoy since they’ve had to deal with the ongoing health crisis.

“We decided to display their gowns, and they were very excited about participating in it,” Austin said. “We have well over 100 photographs of residents from all of their weddings, which has been spectacular.”

The displays are a reminder of how blessed the residents are and the love they share, Austin said.

“It’s fun here at Reata Glen to see couples that have been married a long time and still in love with each other,” Austin said.

Reata Glen also offered a second COVID-19 vaccine clinic, from Feb. 15-16. The first clinic was in January, when many residents received their first shot.

“We’re getting the Pfizer vaccine. The residents are over-the-moon excited about being able to come down,” Austin said. “It’s brought life into the community. They’ve seen each other. They’re joyful of that. There’s also a light at the end of the tunnel for them, that they can get back to what our new norm will be.”