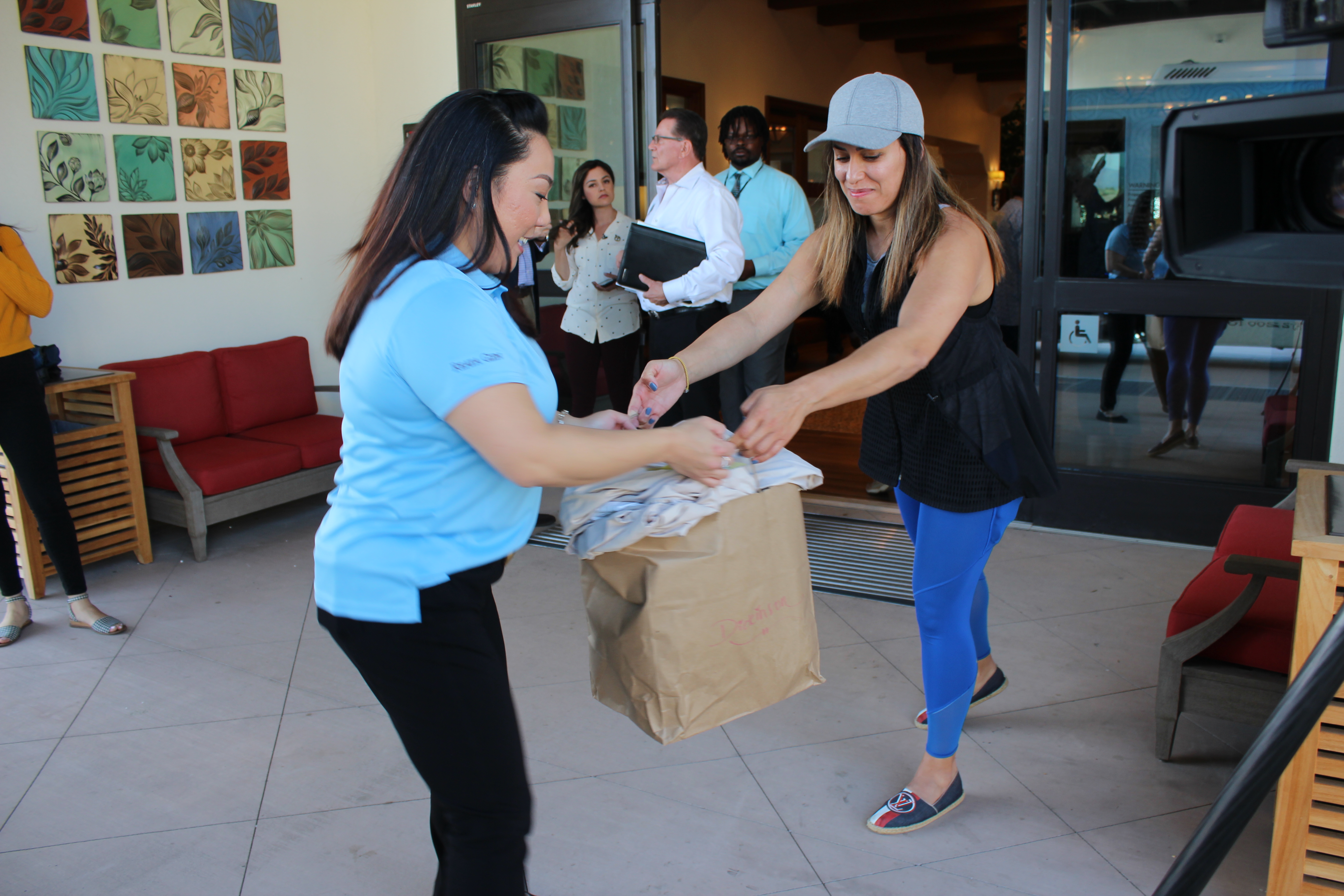 It was Sunday, Feb. 2, when the Working Wardrobes warehouse in Irvine burned down in an early morning fire.

Nearby, in the Rancho Mission Viejo retirement community of Reata Glen, resident Eileen Padberg heard about the tragic news, which left her sad but determined to help. Working Wardrobes aims to empower and help people so they can enter the workforce and dress professionally for job interviews and work.

Padberg has been involved in the organization, so she and her friend and fellow Reata Glen resident Sue Thomas organized a clothing and supply drive for Working Wardrobes.

“Working Wardrobes has been around for over 30 years—well-known, well-respected. Jerri Rosen, the founder and CEO, is one of the best CEOs in the county,” Padberg said. “Sue and I have known Jerri for a long time, so we said we had to do something to help right away.”

“Reata Glen has been a great support for us, and we couldn’t have done it without the support of the staff and higher-up people giving us space to work with,” Thomas said. “It’s been a tremendous outpour of support from all the residents. Everyone wanted to help and called friends to bring in clothes, too.”

San Juan Capistrano Mayor Troy Bourne is also partner for Spieker Senior Development Partners, which developed Reata Glen. He said the donation drive is reflective of the type of people who live in the community.

“They’ve done some amazing things and lived really interesting lives and had opportunities to dress in professional settings. A lot of the clothes being donated are perfectly appropriate for those types of work environments,” Bourne said.

Seeing the support for the donation drive was overwhelming for Padberg.

“It’s wonderful the community came together,” Padberg said. “They are, for the most part, activists. They’ve been involved in their own community events.”

There were so many donations, organizers ran out of closet space and had to stuff items in bags.

Reata Glen had another charity event as well for Camp Pendleton, which raised more than $3,000 in Target gift cards for the Marines there, and it recently donated $1,000 to Breakthrough San Juan Capistrano.

“We don’t just play bridge,” Thomas said, referencing a slogan Padberg likes to use that emphasizes how active Reata Glen residents are.