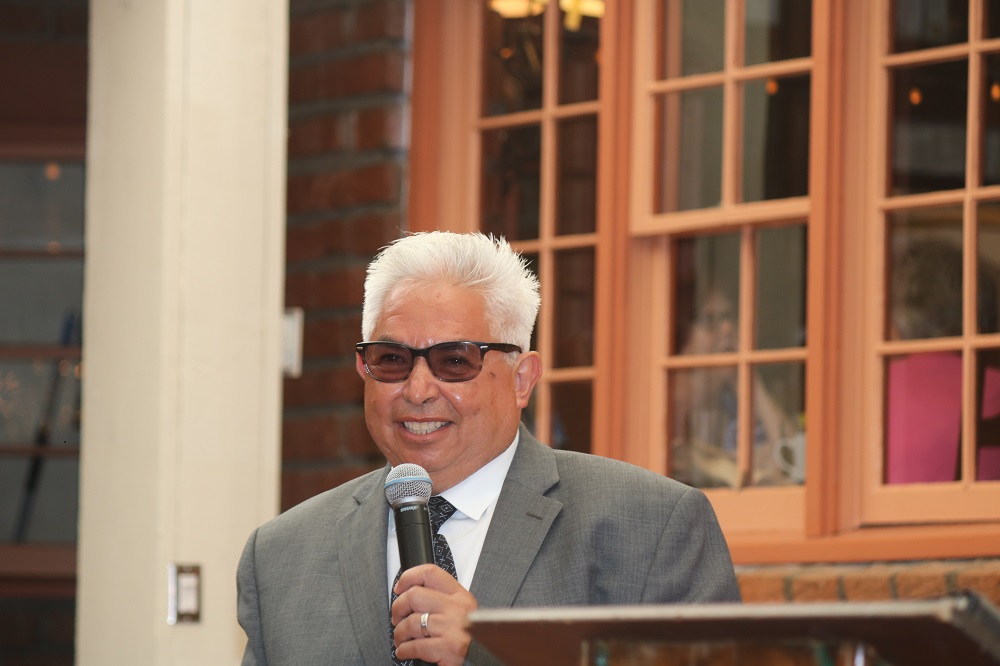 The 2018 Installation Dinner & Awards recognized people in such categories as Man and Woman of the Year; Citizen of the Year; Business of the Year and Ambassador of the Year. After awards were given out, officers and directors for the Chamber of Commerce were sworn in for the 2018-2019 year.

Citizen of the Year

Gary M. Campbell, who died in November 2017, was posthumously recognized as citizen of the year.

Event presenter Kathy Hooper said Campbell was instrumental in helping to get a stage built in the city’s downtown park in the early 2000s, something he did in secrecy as a surprise for his wife.

Campbell donated $140,000 and oversaw the stage’s permitting and construction. He took different routes through town while driving with his wife so she wouldn’t find out about the stage ahead of time.

“It is now a prominent fixture in our little town,” Hooper said, “And for citizens, for years to come, to enjoy.”

A resolution from State Senator Pat Bates also recognized Campbell for his patriotism, his military service and his community service.

Man and Woman of the Year

Ricardo and Rosa Beas, owners of Mexican restaurant Ricardo’s Place, were recognized as man and woman of the year.

Hooper said the two are mainstays at many community events and if they can’t attend personally, they’ll send someone in their absence.

She said they when they travel to other places, they love to talk about their home in San Juan Capistrano. When they’re back from their travels, she said, they love to share the photos and stories of where they’ve been with locals.

Ambassador of the Year

Emmy Lou Jolly Vann, who serves as an executive assistant to Rancho Mission Viejo CEO Tony Moiso, was honored with the Ambassador of the Year designation.

A resolution from State Senator Pat Bates noted that Vann has been a loyal advocate for development company Rancho Mission Viejo. It says she has also been active in the San Juan Capistrano community and its organizations.

Moiso took the stage to praise his assistant for her 34 years of work.

Moiso said Vann has been, “a great ambassador, not only for the ranch, but for the community of San Juan Capistrano. We all love San Juan, but Emmy loves San Juan perhaps as much or more than anybody in the room.”

Business of the Year

Bad to the Bone BBQ – known for its ribs, smoked meats and rich desserts – was named business of the year.

Accepting the award and an accompanying resolution was owner Marty Wells.

An expanded version of this story will be available in the July 27 edition of The Capistrano Dispatch.