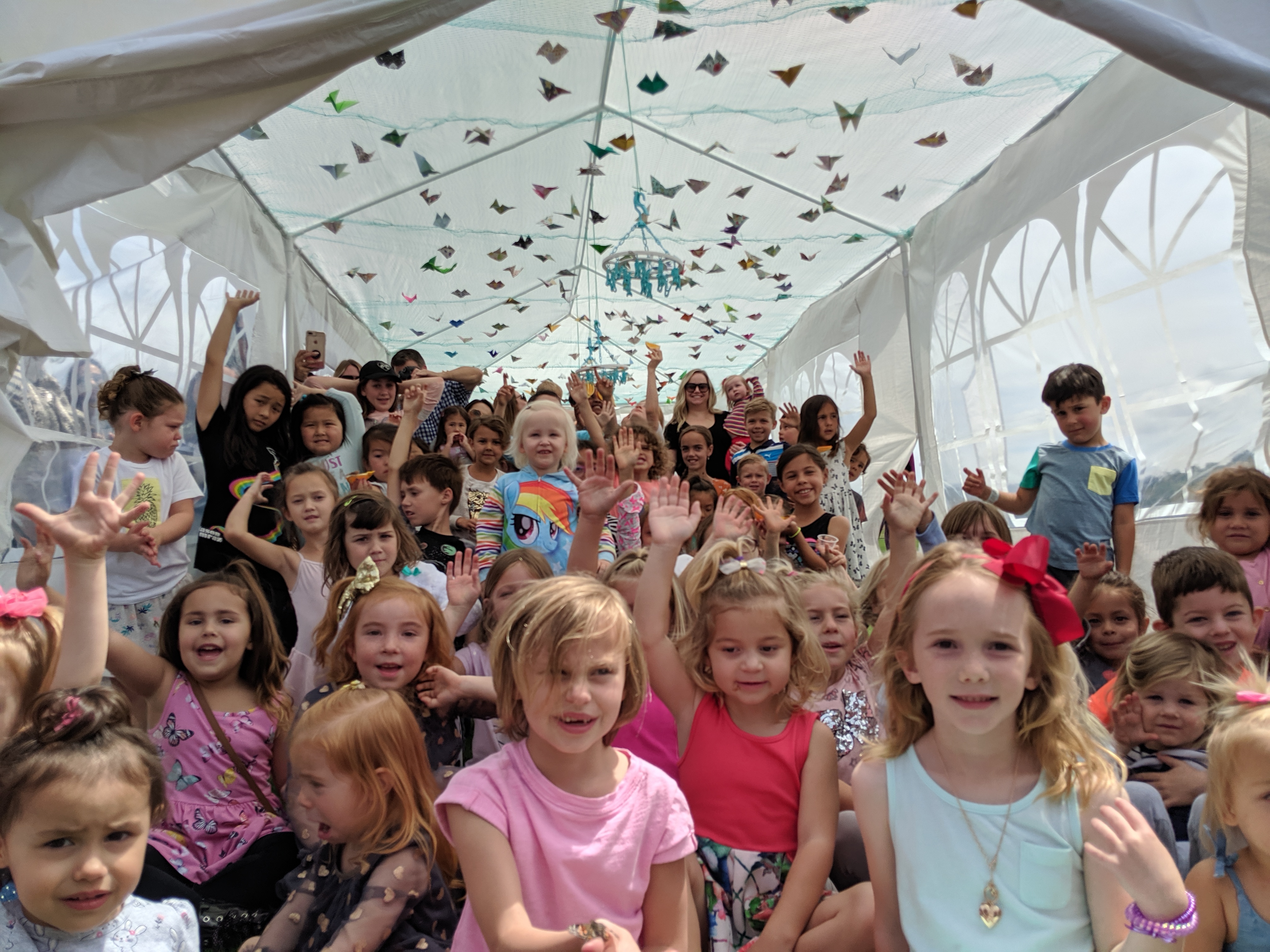 Since Rancho Mission Viejo residents Peter and Roy Dang created their movie night club for children two years ago, participation has grown from 30 to more than 300 attendees, thanks to word of mouth.

Inspired by their own children, the Dangs envisioned the club as a way to expand friendships and create an activity that was not yet established in the RMV community. The club typically receives a turnout of fifth-graders, but it also has drawn toddlers to join in the fun.

The last outdoor movie night featured films from the Marvel Cinematic Universe series, such as Avengers, when crowds of all ages came out to view the films.

Inspired by the painted lady butterfly migration in South Orange County this past spring, Peter Dang came up with a way to not only show movies to entertain the children, but to provide them with an environment for learning as well.

“We have done a lot of projects with our children at home, and they get so much out of it,” Roy said. “I also think it’s great for little girls to spark interest in the science field and not just push the boys, especially when they are able to participate in interesting projects where you can really see their brains turning.”

Peter opted to try a science-infused event, in which the children raised painted lady butterflies that were later released into the wild. The participating children purchased caterpillars and raised them in their own homes.

A few days before the butterflies fully metamorphosed, the children took the cocoons to the school, where the Dangs put them into a large tented enclosure with vented windows. A second tent was also put up, full of plants where the children could release ladybugs, with the intent to educate kids about natural pesticides.

On May 18, the day of the metamorphosis, which attracted more than 250 guests, groups of kids were able to spend 5-10 minutes in the enclosed butterfly tent, which had been decorated with chandeliers of origami and oranges for the butterflies to feed.

More than 200 butterflies hatched out of the cocoons that day, the Dangs said.

The Dangs anticipate their outdoor movie night calendar for this summer to feature Disney films, and they’re planning on organizing a Halloween dance this fall for both kids and parents to dress up in costumes.

Peter Dang said he is currently in the process of developing a few one- to two-hour summer science-based events open to children in fifth grade and younger. The club will post its finalized schedule for these events on their Facebook page and on the Ranch Life website.

“The goal of the club is also to be educational and make learning fun,” Roy said. “These events are great opportunities for people to meet other people outside of their neighborhoods. That is something we strive for, where everyone is invited and no one is excluded.”