Despite the possibility of rainfall, about 350 people came out to sample foods from several of San Juan Capistrano’s favorite eateries on Thursday, Jan. 31.

The annual Taste of San Juan, hosted by the Fiesta Association, featured 25 restaurants, including Bad to the Bone BBQ, El Adobe de Capistrano, Trevor’s at the Tracks and Thai Juan On. Docent Brewing was also on hand to provide guests with samples of their craft beer.

The culinary affair marked the latest event in conjunction with the Fiesta de las Golondrinas parade season, which all leads up to the 61st annual Swallows Day Parade on March 23.

Restaurateurs such as Mike Phillips, who owns Selma’s Chicago Pizzeria & Tap Room, enjoy participating in the Taste of San Juan each year to help support the local community.

“This is where all the locals dine, and we’re part of the local community,” Phillips said, in between handing out slices of pizza with fresh Roma tomatoes, mozzarella and pepperoni.

Each year, attendees vote for their favorite dishes based on the categories of best appetizer, best main course, best original dish and best dessert. At the end of the night, the Fiesta also awards the Swallow’s Cup to the restaurant with the most overall votes. The winner gets to keep the Cup for the whole year, getting the chance to display it at their restaurant until the next Taste. 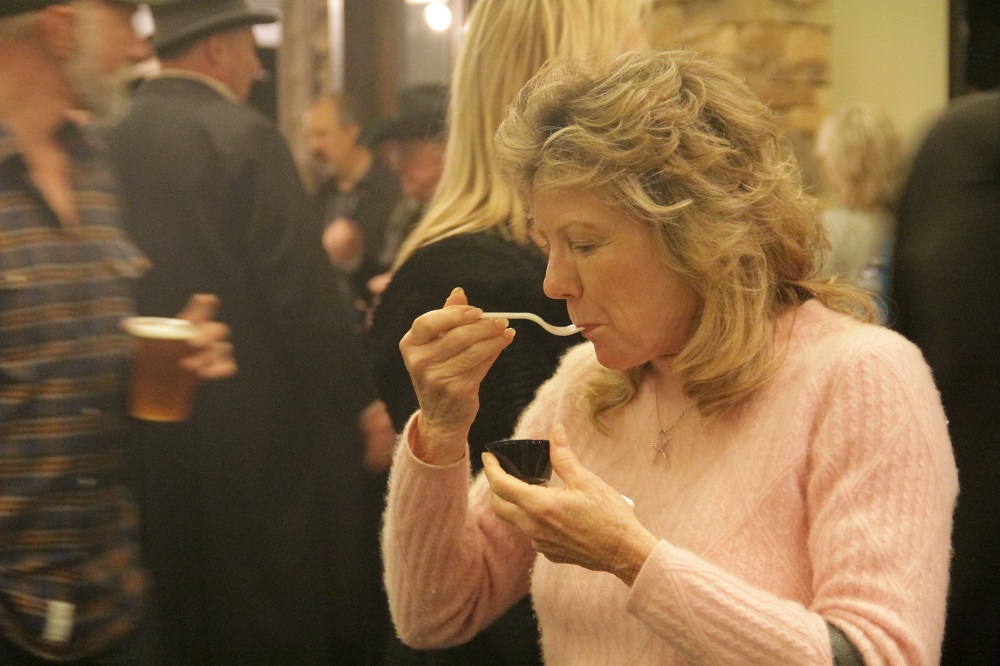 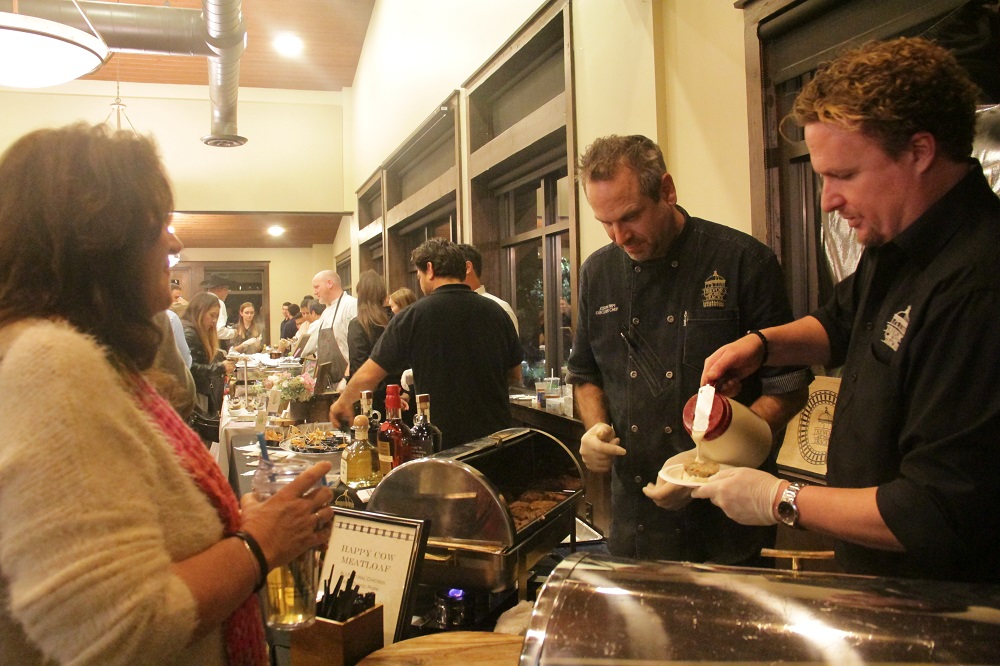 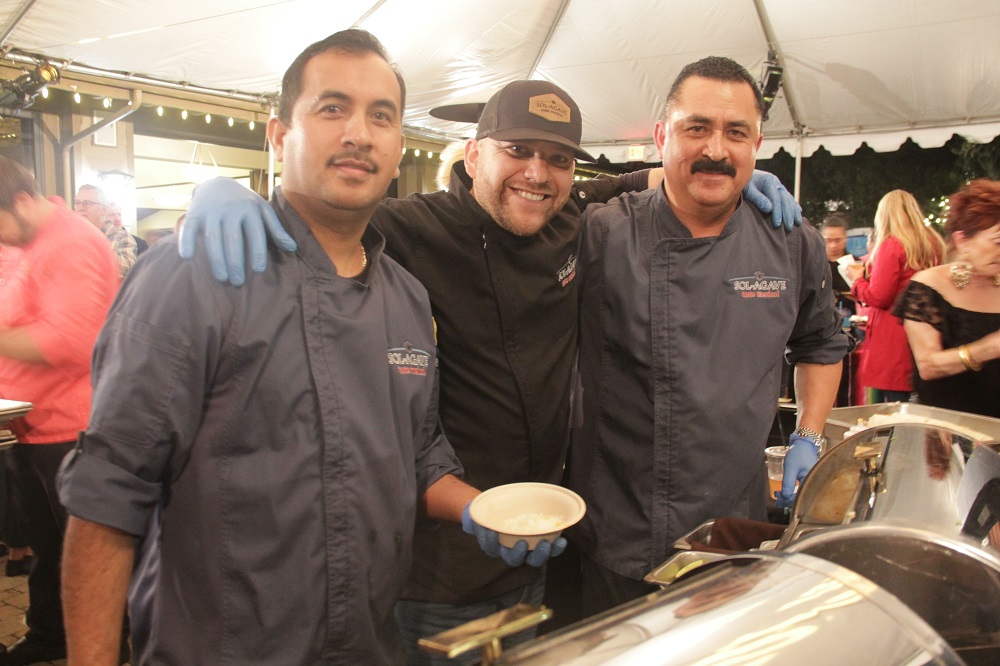 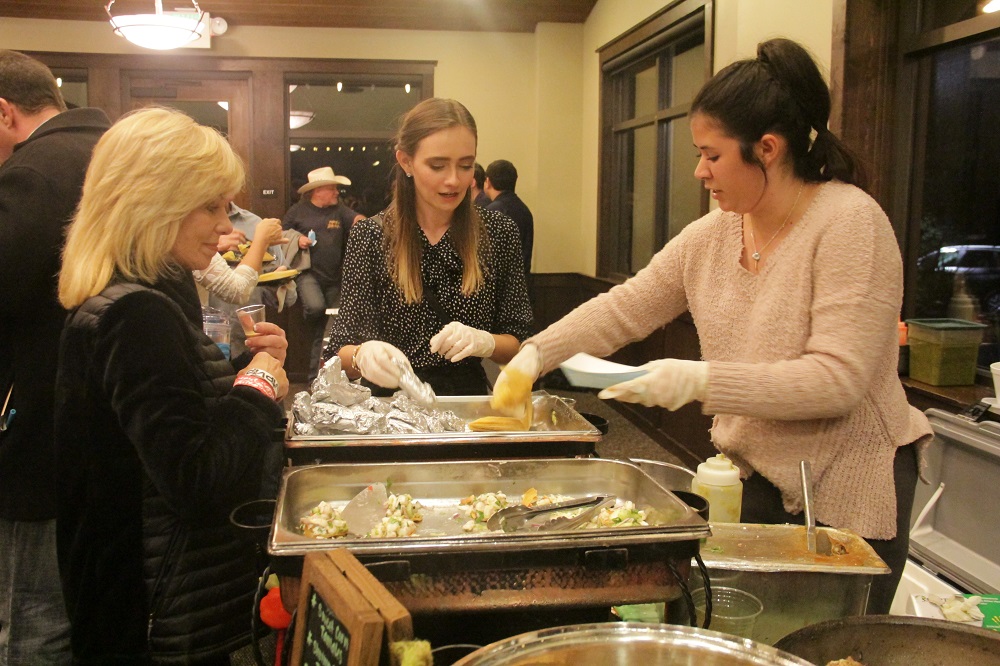 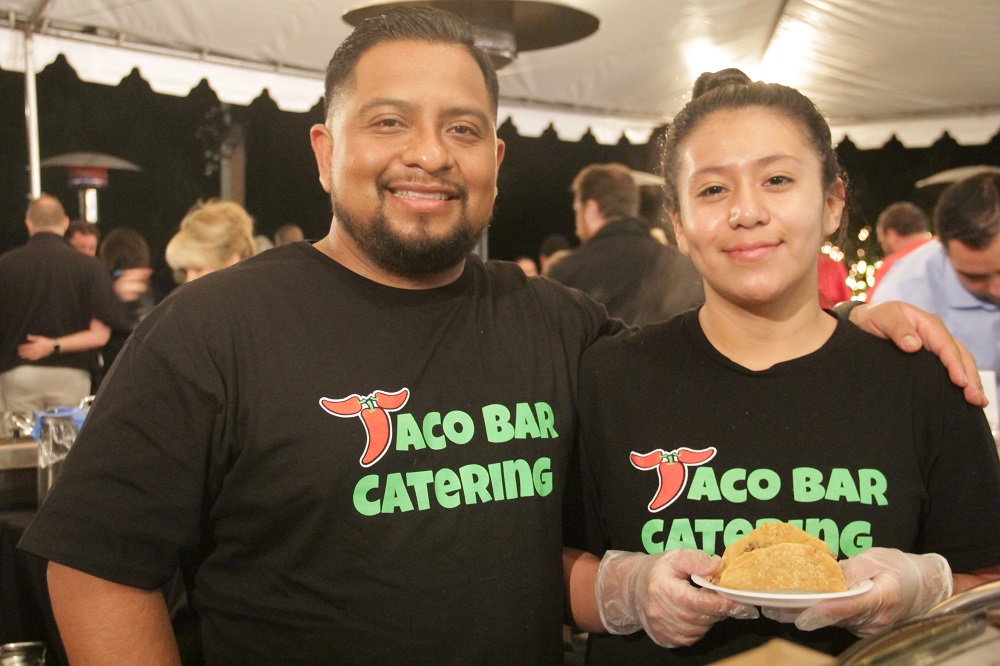 Representing Taqueros Mexican Restaurant at the Taste of San Juan on Thursday, Jan. 31, Cesar Lezama and Evelyn Cruz take a break from serving up crispy ground beef tacos to pose for a photo. Photo: Shawn Raymundo

This year’s Swallow’s Cup went home to Bad to the Bone, which showcased its pecan-smoked brisket on a slider bun and a caramel-salted bread pudding.

Wells said Bad to the Bone has participated in the Taste for the about 10 years, but has always come up short of winning the Cup, though winning some of the best dishes in previous years.

“This year is truly a good experience,” he said, later adding that, “we’re going to display that thing proudly.”

Bad to Bone’s bread pudding was a big hit at the Taste, as it was voted best dessert. For best appetizer, O’Neill’s Bar & Grill got the most votes. Rancho Capistrano Winery won best main course, and Ricardo’s Place won for best original dish.

Huntington Beach resident Brenda Zubieta has attended the event a handful of times. She said she doesn’t mind making the drive down to San Juan Capistrano, because she wants to support the community.

Earlier in the day, Southern California was hit with rainfall, but by the evening, the clouds had cleared enough for everyone to be able to enjoy the event without the worry of getting wet. Zubieta said the rain didn’t discourage her from attending.

“I live in Huntington Beach, but I spend a lot of time down here, so I came down, anyway,” she said.

The next event in line for the Swallows Day Parade season will be the Fiesta Association’s annual Kid’s Pet Parade on Saturday, Feb. 16 at Los Rios Park.