California Highway Patrol (CHP) is expected to file a criminal complaint against a 28-year-old San Juan Capistrano man after he was apprehended on Monday evening, March 12 in San Clemente for a DUI hit-and-run.

According to CHP Officer Raymond Reynoso, the suspect caromed off a black Jeep Grand Cherokee just south of Avenida Vista Hermosa on I-5 at about 5 p.m. As officers descended on him, he exited southbound on Avenida Pico.

Lt. Mike Peters, chief of San Clemente Police Services, said the man’s car apparently broke down and he fled on foot, but a retired Long Beach Police Department officer was waiting for him and apprehended the man as Orange County Sheriff’s Department arrived.

The suspect was taken to Mission Hospital to be treated for non-life-threatening injuries, and Reynoso said CHP plans to file a criminal complaint with the Orange County District Attorney’s office.

The full name of the man had not been released as of Tuesday, March 13. As the man has not yet been booked into Orange County Jail, his name could not be confirmed under the jail’s information system. 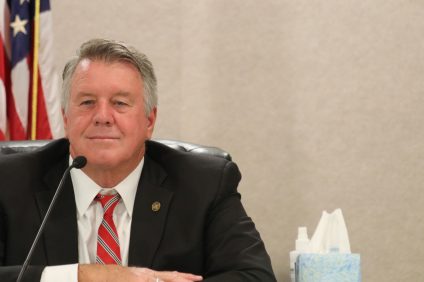