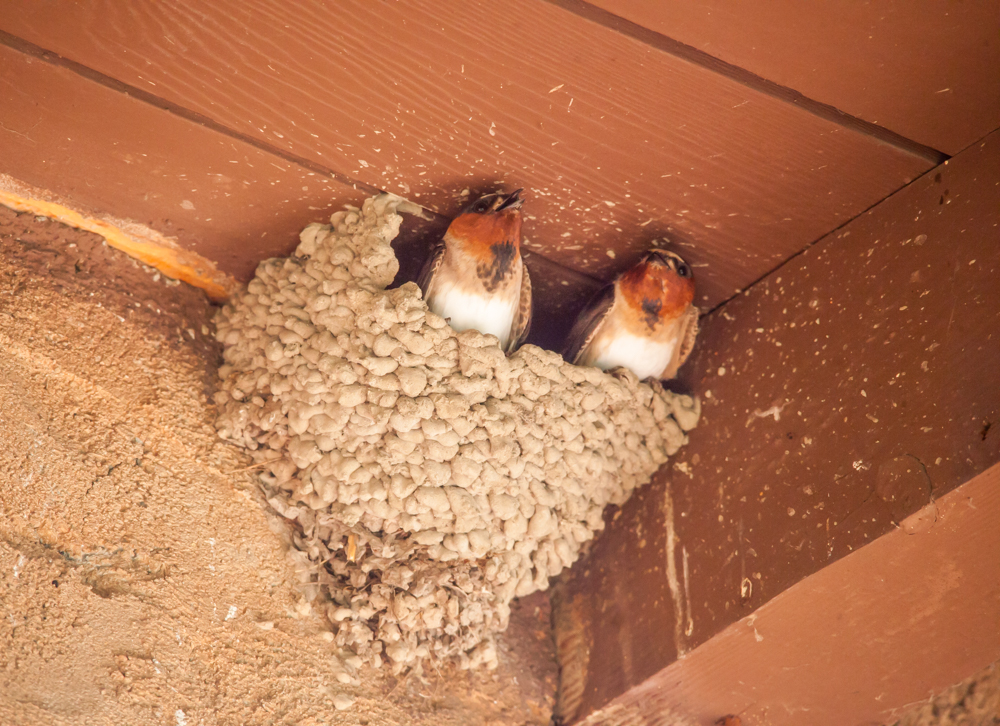 Return of the Swallows: The Mission Extends a Warm Welcome to its Avian Ambassadors

The birds are back in town.

For about five years, Mission San Juan Capistrano has attempted to lure San Juan’s famous migrating cliff swallows back to its grounds with a variety of methods. And it seems like that work is finally paying off.

“It’s a sign of hope,” said Mechelle Lawrence Adams, executive director of the Mission. “It’s a sign to keep going.”

Lawrence Adams said it was a couple weeks ago that Mission staff spotted a lively group of cliff swallows darting back and forth over the Great Stone Church. It wasn’t too long after that a male cliff swallow was spotted building a nest in the east corridor near the entry to the Serra Chapel.

It’s not that the swallows don’t return to San Juan Capistrano. They still migrate each spring from Argentina, but Lawrence Adams said it’s been a couple years since she spotted a new nest on the Mission grounds. She said that despite the city’s ordinance against taking down nests during swallows season, that nest had been knocked down.

Since 2012, the Mission has been working with Dr. Charles Brown, a swallows expert and professor of biological sciences at the University of Tulsa, to work on luring the swallows back. Different phases of the project included playing recorded courtship calls through a speaker on the Mission grounds and using a stationary nest wall arch near the ruins of the Great Stone Church. Brown thought the manmade nests may prove attractive to the swallows, since research shows that cliff swallows often prefer to inhabit existing nests when possible.

Brown said a variety of factors may have contributed to the return of the swallows to the Mission grounds, including the rough-winged swallows that have been spotted nesting in the ruins of the Great Stone Church.

“Hard to know for sure, but if I was to pinpoint one thing, I’m afraid the credit would have to go mostly to the rough-wings, because cliff swallows are often attracted to them. Live animals will always be more effective than calls or fake nests.”

On Thursday, Lawrence Adams said a second swallows nest had already been spotted, and 15 birds had been seen that morning.

Perhaps the swallows will finally settle down above the grounds they once called home.