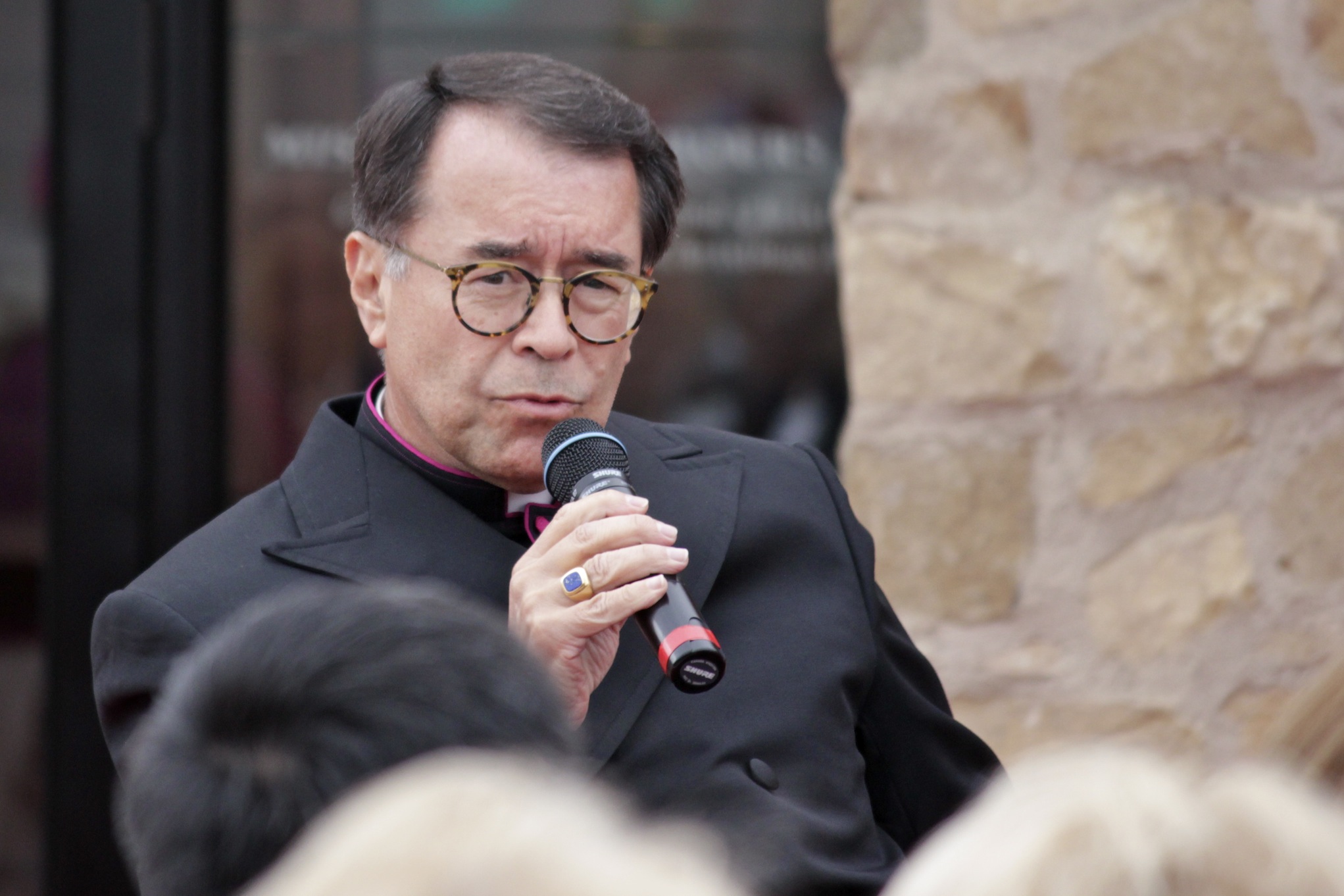 The Rev. Monsignor Arthur A. Holquin, pastor and rector at Mission Basilica San Juan Capistrano for more than a decade, announced he will be stepping down and scaling back his role at the church due to health concerns.

Holquin, who was appointed as head of the church at historic Mission San Juan Capistrano in 2003, has been suffering for the past three and a half years from a rare neurological disease that limits his mobility. He will be replaced by Rev. Monsignor J. Michael McKiernan, pastor at Christ Our Savior Catholic Parish, effective July 1, according to a Roman Catholic Diocese of Orange memo.

While he will be giving up many of his administrative responsibilities, Holquin said he will remain at the parish as “rector emeritus.” In an interview with The Dispatch on Monday, Holquin joked, “Pope Benedict and I will share something in common.” After becoming the first pope to retire in 600 years last February, the Vatican announced Pope Benedict XVI would be known as “emeritus pope.”

Holquin, whose academic background is in liturgical studies, has also been appointed as episcopal vicar to the office of the bishop for divine worship by Bishop Kevin Vann, head of the Orange County diocese.

“While I fortunately have my muscle strength … it has, in time, restricted the full scope of my normal ministry,” Holquin said. “It’s really placed a disproportionate burden on my associates.”

Holquin, who lives in San Juan Capistrano and will be turning 66 next month, said he will continue to work locally at the parish and with the Mission Preservation Foundation. He will also continue to serve as liturgical consultant at Christ Cathedral, formerly the Crystal Cathedral, and as a leader on an ongoing project to restore the church’s iconic Hazel Wright organ.

“I am not retiring,” Holquin said. “I am just taking on lighter responsibilities and have every intention to continue.”

Holquin has been undergoing regular physical therapy, including sessions at the J.F. Shea Therapeutic Riding Center in San Juan Capistrano. Holquin said the riding sessions help build his core strength and balance. In May, Holquin will be celebrating the 40th anniversary of his ordination, and The Shea Center will be honoring him with their Michael Lewis Friends of the Disabled Award.

“I enjoy going over there. I need a little help getting on the horse, but the community has been marvelous,” Holquin said.

A Los Angeles native, Holquin first came to Orange County as a deacon on assignment in Huntington Beach in 1973. After he was ordained in May 1974, he settled permanently in the county. Prior to coming to San Juan Capistrano, he served as rector at Holy Family Cathedral in Orange for 15 years.

“I’ve always tried to live by Fr. Serra’s motto, ‘Siempre adelante y nunca atrás,’ ‘Always forward, never go back,’” Holquin said. “But I’m not going to be foolish. There’s got to be a time when one has to appropriately call it and hand the reigns over to somebody else.”