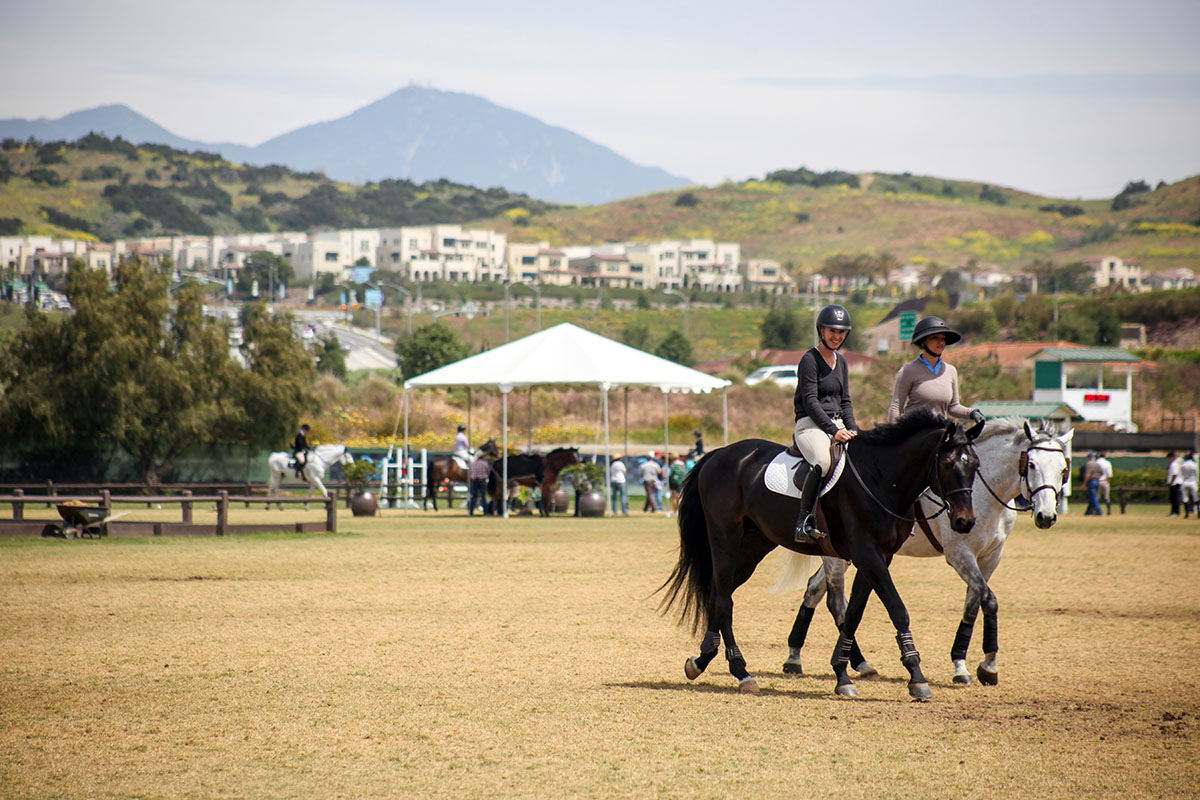 If negotiations with the City of San Juan Capistrano are successful, long-term management of the Rancho Mission Viejo Riding Park—an equestrian property in San Juan Capistrano that is also turning into a budding event venue—will remain in the hands of current operators Hillary and Robert Ridland.

The City Council elected to move forward on negotiations with the Ridlands after other proposed bids to operate the park were withdrawn, following a request for proposals from the city launched earlier this year. The Capistrano Dispatch recently spoke with the married couple and longtime equestrians about what they have in mind for the park.

“I hope we all have the same vision. I don’t think they’d ask us to do something that’s not sustainable,” Hillary Ridland said. “I’m pretty optimistic we’ll come up with a good agreement that allows us to actually go do some stuff on the park here.”

More Western riding events will be added due to grassroots demand from the local community. Hillary Ridland said her dream is to have sliding in San Juan and “a really high-end group of reiners out here running and sliding for a lot of money.”

“I think it’s going to preserve and salvage the horse world here,” Hillary Ridland said of what more Western events at the riding park will mean for the local equestrian community. “Orange County is going in different directions as far as the sport, and this is pretty much the last town that’s hanging onto it. It’s going to help preserve the heritage here and add to the kind of people we can bring here for events.”

Securing a long-term lease is important for hosting Western shows since Western management companies are generally more likely to sign on for events, Robert Ridland said.

Robert Ridland pointed out more Western riding has already been incorporated into the park through the open Ride Your Park events every Monday (weather permitting), in which riders are invited to come ride their horse at the park for free.

A big event coming up is the Longines FEI Jumping Nations Cup USA, which is scheduled for May 10-15 in 2022 and serves as an opportunity for show jumping teams from North/Central America and the Caribbean to earn points toward qualification for the annual final competition held in Barcelona, Spain in late September. The May competition marks the first time the event will be held on the U.S. West Coast.

The riding park is also expanding for non-equestrian events, including an upcoming concert by hip-hop artist Nelly scheduled in late January. The Ridlands are partnering with entertainment company TAG Presents for these events, which also included the recently held WinterScape holiday festival and the country music festival MissionFest.

“They are tasked with doing more of the community stuff,” Hillary Ridland said. “What we’re trying to do is, instead of our website just being about Blenheim Equisports and our equestrian events, theridingpark.com is where we’re going to work on the community being able to see all sorts of things that are happening here.”

Better stalls, permanent restrooms, and upgrades to fencing were some targeted enhancements Hillary Ridland mentioned. Further improvements are planned for the park—as required by the city, one of the aims in selecting a long-term operator is provide funding to satisfy water quality improvements required under a consent decree reached after a lawsuit settlement with Orange County Coastkeeper.

The environmentally minded nonprofit sued the city over allegations the city’s Eastern Open Space—a part of which the riding park occupies—is inadequate due to horses at the park contributing to water pollution through excrement. Water quality improvements must be in place by December 2022.

The RFP process was something The Ridland Group had never gone through before, Robert Ridland said. Though “sleepless nights” were spent tweaking the proposal, they were impressed with how the procedure was handled by the city, he said.

“To me, this is an example of politics at its best,” Robert Ridland said. “It was competition, of course, and competition brings out the best in everyone.”

The appeal of the riding park is it has a lot of open space and grass, Hillary Ridland said.