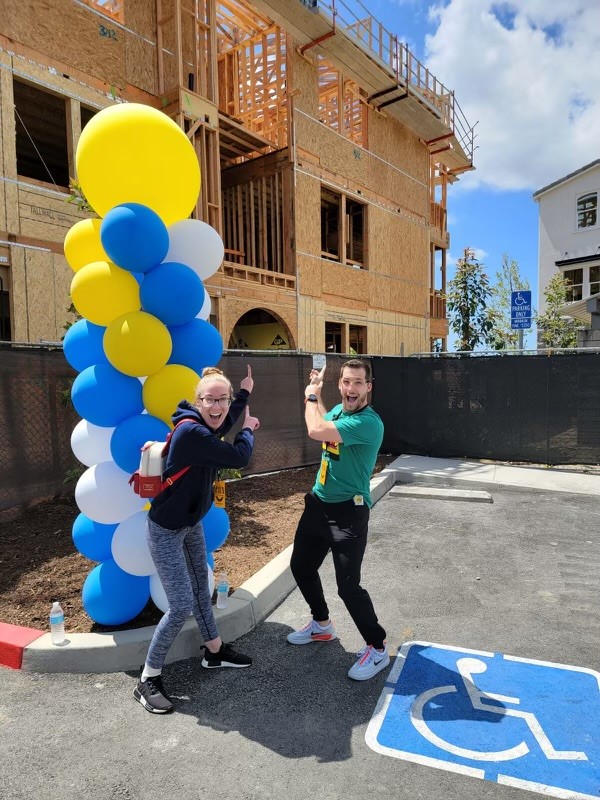 As Chris Laullon puts it, he has a very long history with Rancho Mission Viejo.

He has lived in every single one of the local communities associated with RMV, including Mission Viejo and Las Flores. In fact, he’s never lived outside of such areas.

Given his connection to the land, when the chance came up for the 25-year-old and his soon-to-be fiancée, Ariana Eckman, to buy a house in the new Rienda neighborhood, they jumped at the chance.

They are now the first homebuyers in Rienda. Laullon raved about the heritage of The Ranch and its connection with surrounding communities, including San Juan Capistrano, while hanging out at Ranch Camp—RMV’s new community spot in Rienda that includes open-air seating for hanging out, a fitness complex and an equestrian center.

“It’s a very special place that you don’t see in suburbia or even urban environments like Irvine,” said Laullon, who works as an intake manager for a law firm. “When the opportunity came up to start looking at a new community and being in a position to buy, by the grace of God, I was so happy to even get the opportunity to buy here. Getting the honor of being the first official buyer of Rienda, me and my other half are just super elated to hear that.”

The homebuying process was a waiting game for the couple, who are first-time homebuyers. Laullon was talking to companies building the homes at the start of 2022.

“We basically would have to contact the different builders and try to get our name on interest lists and priority lists. You would need to have different loan application documents ready and pre-qualified,” Laullon said. “If you’re on the priority list and you’ve been in good communication, they release a phase, and you hopefully get a phone call. We were in Phase One, and I probably had everything in before anybody did.”

Eckman said given the community’s calming feel, Rienda feels as if it’s not even in California.

“As you get in Rancho Mission Viejo, you have this sense of tranquility and getting away from the hustle and bustle of the city,” Eckman said. “It’s a totally different vibe from where I’m from originally.”

When asked about his impression of the amenities at Ranch Camp, Laullon said features such as the 20,000-square-foot lagoon built there is something “you don’t see in every community.”

“You’ll have your regular community pools in other places, but to have something that’s that elaborate is really awe-inspiring,” Laullon said.

Eckman, who is 24, said she never imagined they would ever be able to put in money to buy a home at such young ages.

“It just all seems like a dream,” Eckman said. “It’s super surreal. It’s just crazy how everything was so easy, in a way, and just fell into place so perfectly. I couldn’t ask for anything better.”

The Rancho Mission Viejo community is one where people tend to be in a welcoming mood, Laullon said.

“When we came here for Memorial Day weekend, the pool had just opened, and there were just a lot of people. Everybody was in such great spirits,” Laullon said. “I’d go to the pool at the gym over here, and every time walking in saying hi, it doesn’t matter if they’re young or old, they’re all very amicable. All the people are really nice. They want to meet you, want to know who you are, get to know you.”

Given Rancho Mission Viejo will be building new homes into 2030, Laullon looks forward to seeing how the community continues to develop.

“What Ranch Camp is right now is the epitome of what you can get at a master-planned community, but we know there’s a lot more that’s going in. We already see a clubhouse being built up for the next sets of communities, and it’s really exciting,” he said. “To be able to be in the community and see the new ones starting to grow—and hopefully move into those next new communities and jump around in Rancho Mission Viejo down the road—I think is our dream that we both want.”