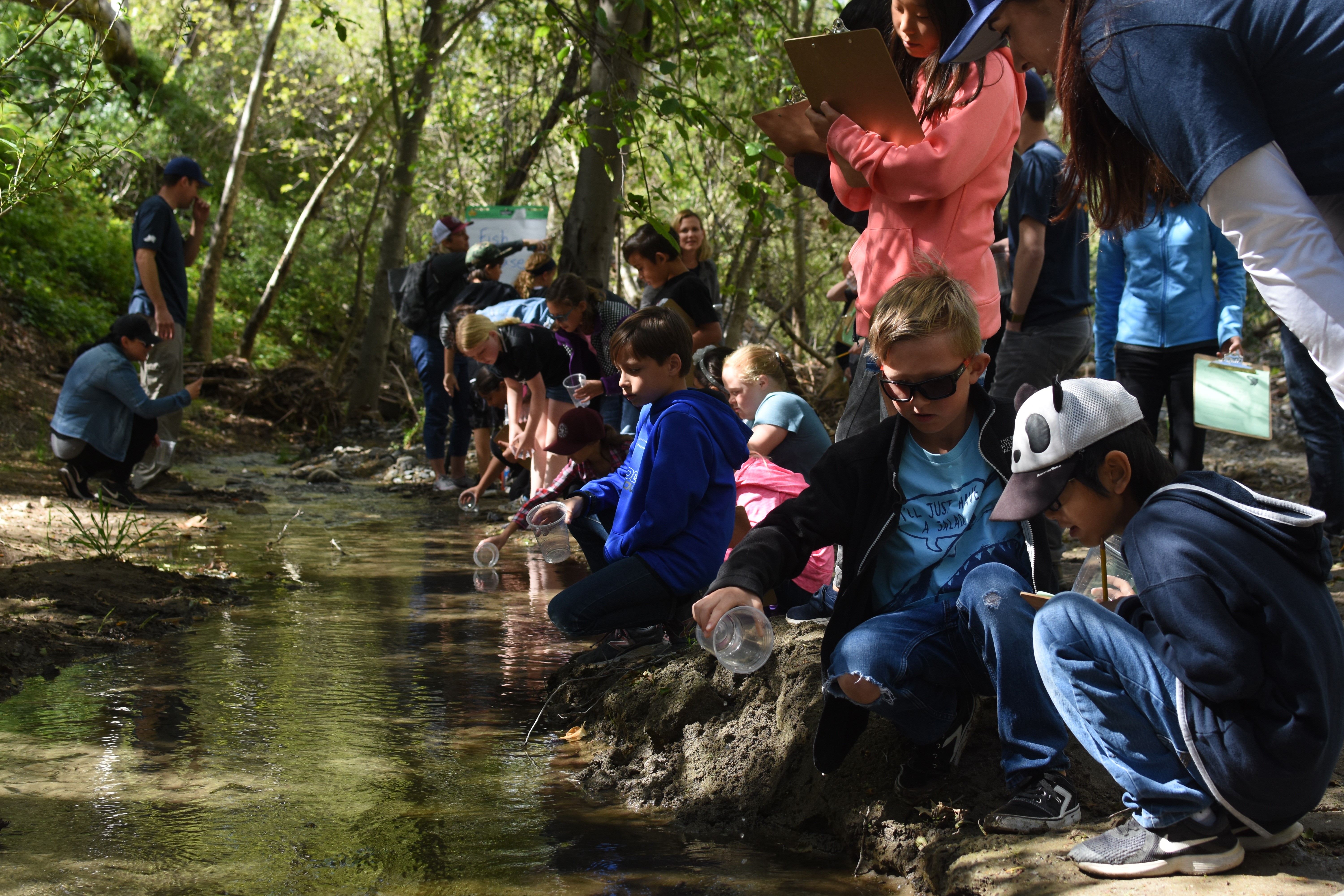 Fourth- and fifth-graders from Esencia Elementary School concluded their participation in the Trout in the Classroom (TIC) program on March 29 by releasing the rainbow trout they had been raising for 10 weeks into Trabuco Creek.

This is the first year Esencia Elementary has participated in the program, giving students an opportunity to get hands-on experience with a native California species. Over the course of the program, students also learned about local ecosystems while raising rainbow trout from an egg to a “fingerling,” or a 3-to-5-inch trout.

“My students learned about the habitat and anatomy (of the trout), and engineered our 40-gallon fish tank to be like a river,” said fourth-grade teacher Kristine Cuevas about the program. “They also created a presentation for 13 classrooms to learn from.”

Cuevas has taught the Trout in the Classroom curriculum to students in Capistrano Unified School District seven times. She previously taught at Wagon Wheel Elementary and Laguna Niguel Elementary.

The day of the field trip, students gathered around the Trabuco creek bed and said their goodbyes to their beloved class pets as they released them into the stream. Each of the 51 students was instructed to name a tiny trout and give it some words of encouragement as it was released.

Michael Baker Engineering had recently undertaken an environmental restoration project along Trabuco Creek, where it removed Arundo donax, an invasive species of reed.

Richard Beck, a vice president and planning executive with Michael Baker Engineering, discussed the removal process with the students and explained how invasive species can negatively impact the environment.

The field trip was part of a much larger curriculum in which the students studied rainbow trout in depth, helped develop their habitat in the classroom, created art and wrote stories based on the fish.

For more information on the TIC program, visit troutintheclassroom.org.