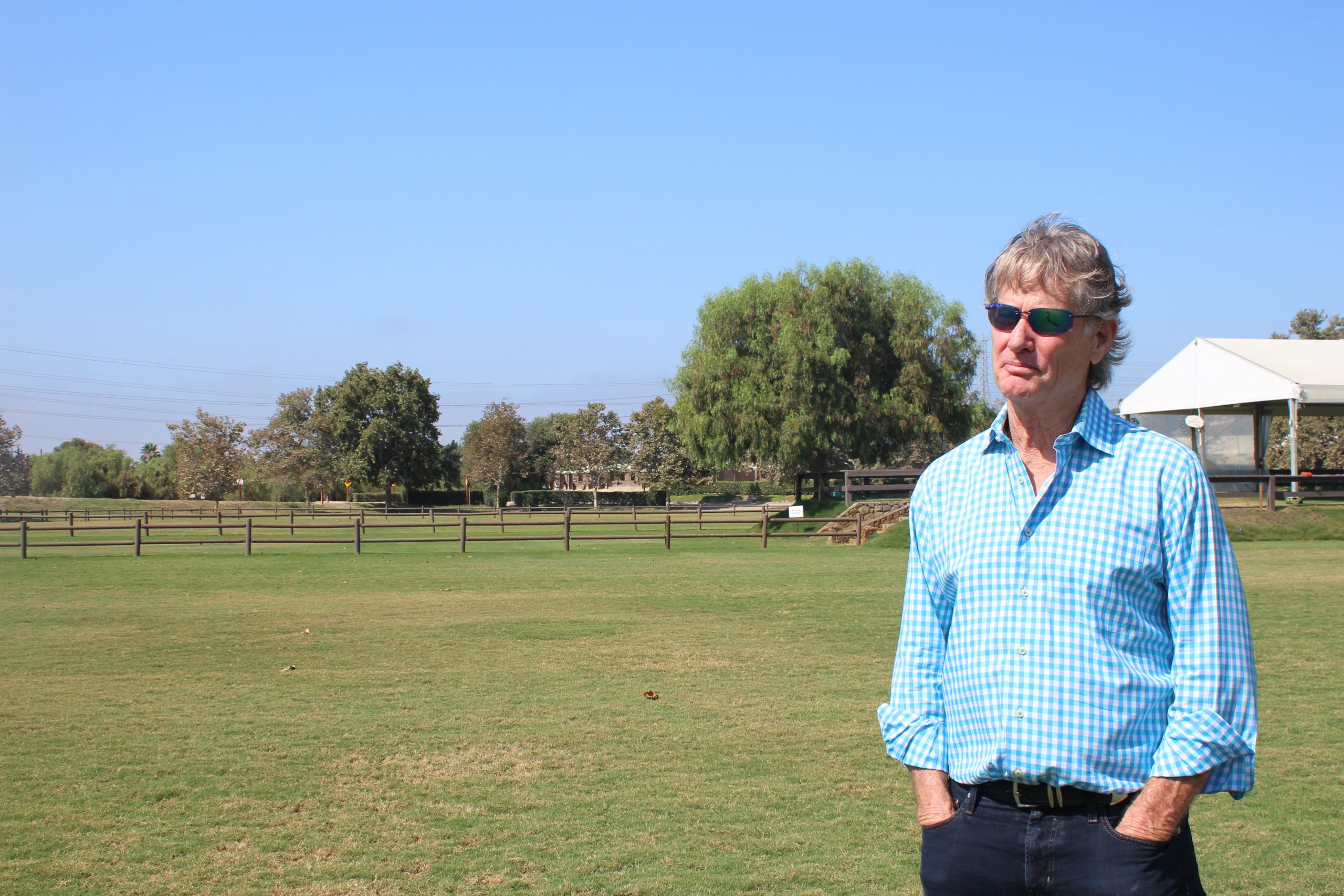 Though a month has passed since the U.S. show jumping team captured the silver medal at the 2021 Olympics in Tokyo, the accomplishment still hasn’t fully set in for Robert Ridland.

Ridland is the Chef d’Equipe for the U.S. team—a role that essentially equates to a coach or team manager. He is well-known in the San Juan Capistrano equestrian community as an executive with Blenheim Facility Management, which currently operates the Rancho Mission Viejo Riding Park off Ortega Highway. The competition was held in August.

“I’ve coached the team for nine years now, and not gone in as the favorite to end up on the podium. We knew we had a good shot of an upset,” Ridland said. “We had an entirely different set of horses going in this time. Two of the riders were the same.”

The Swedish team won the gold, and the team from Belgium picked up the bronze.

“We had a strategy that was a little bit different from the other teams,” Ridland said. “The weather in Tokyo was a factor—92 degrees every day and 80% humidity, even though the event was held at night.”

The U.S. team had competed against Sweden before. One of the Swedish riders beat the U.S. team “just barely” on cumulative time in Tokyo, Ridland said.

“It was an amazing event,” Ridland said. “It’s the second consecutive silver medal for the U.S. team. We were also the silver medalists in Rio (de Janeiro in 2016).”

One of the riders for the team that competed in Rio actually won their first Grand Prix at the RMV riding park.

Getting a horse and rider combination ready for the Olympics takes years of work, Ridland said. Riders have to be experienced, though the U.S. team had young riders.

“We had one this time: Jessica Springsteen (daughter of rock star Bruce Springsteen). She’s been a professional rider—even though she’s in her 20s—for the last 10 years or so,” Ridland said. “It takes just an unbelievable amount of experience from the rider’s point of view, and then the riders have to mesh together.”

A celebration for the team’s silver medal was held at the riding park on Aug. 21. Though coaches usually don’t usually get an actual medal, Ridland briefly borrowed the silver medal from Kraut so he could display it back in South Orange County.

“I brought that medal to (the celebration) just so anybody that wanted to see it could see it,” Ridland said. “Kids and adults were lined up. Mostly they wanted to hold the medal.”

Ridland is still enjoying the euphoria that comes with the recent medal win.

“I’m liking where I am,” Ridland said. “It was so exciting. It got huge coverage on NBC. So many people actually got up at 3 in the morning to watch it live. It’s great for our sport.”