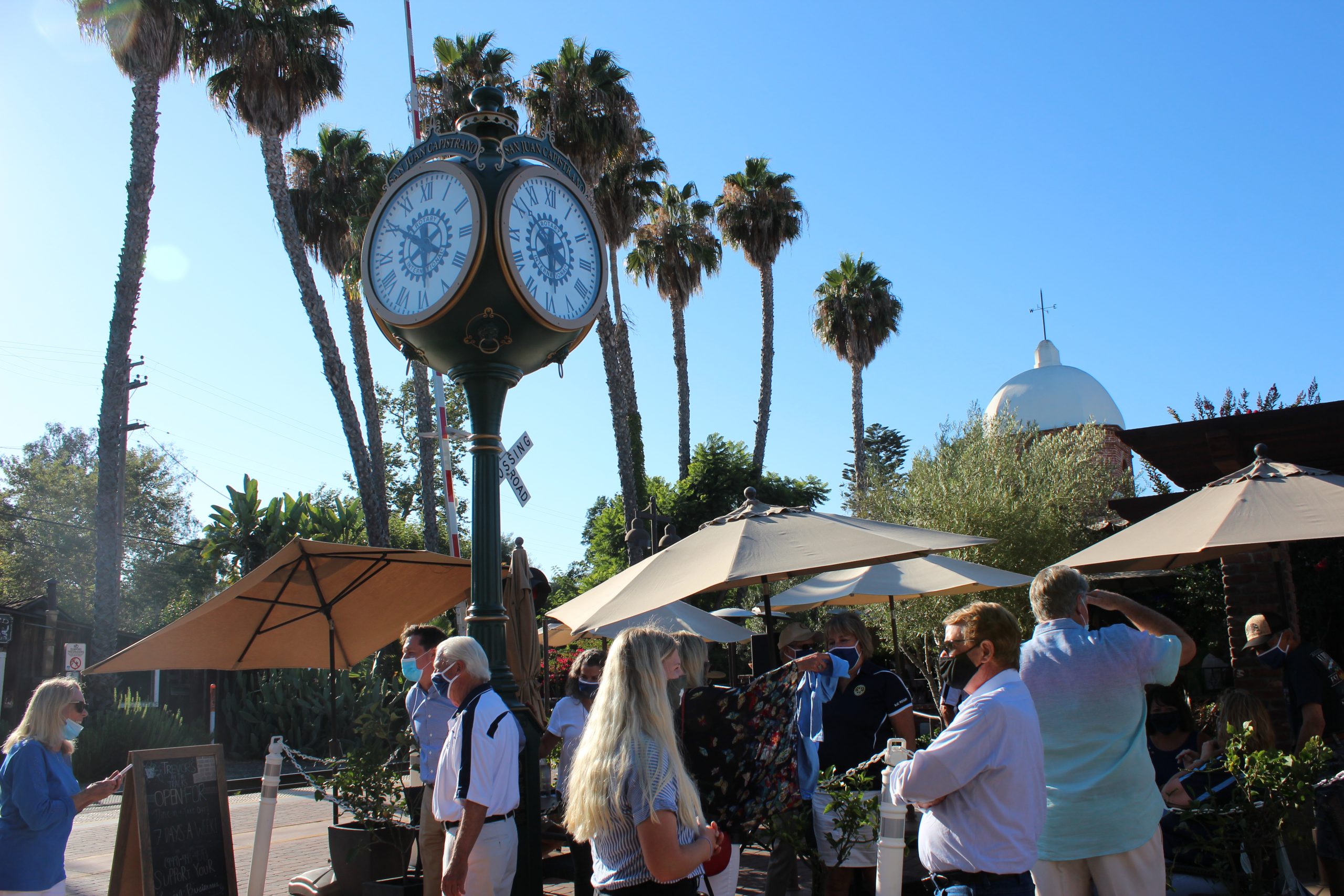 The Rotary Club of San Juan Capistrano held a dedication on Wednesday, July 29, to celebrate a new decorative clock in the downtown area.

The Rotary Club donated the four-faced clock to the city. The clock—which is estimated to be approximately 15 feet, 6 inches tall—is adjacent to the Trevor’s at the Tracks outdoor dining area and near the train plaza.

The clock is a final touch for the Verdugo Street beautification project, which has renovated a portion of downtown. The Rotary Club invested approximately $30,000 for the clock, and the city handled the foundation work and installation.

Rotary Club members, city officials, and other residents attended the dedication. Rotarian and Mayor Pro Tem John Taylor said the idea for the clock partially came about when he saw a similar clock while in Williams, Arizona.

People in Williams helped get Taylor in touch with the clockmaker. The clock can be something visitors and other people remember San Juan by, Taylor said.

“If you’re going to Trevor’s, people will be able to say, ‘I’ll meet you at the clock tower,’ ” Taylor said.

The clock also has a GPS antenna that enables it to take time by the second. Though it looks like an antique, it’s actually new.

Mayor Troy Bourne said that “thousands and thousands” of people will see the clock when they visit San Juan, and its installation is part of improvements being made in the community. Bourne thanked the Rotary Club for the way they bring the community together.

“This is classy and cool,” Bourne said. “It makes downtown attractive.”

Rotary Club President Tom Hoon was given a framed appreciation certificate from the San Juan Capistrano Chamber of Commerce by Board Chairman John Alpay. Alpay said the Chamber wanted to recognize how the clock adds to the value of San Juan.

Hoon said the clock is a pleasing addition to the Verdugo renovations, and is a landmark people can go to.

“This whole area here has been a very positive thing,” Hoon said in reference to the downtown beautification.