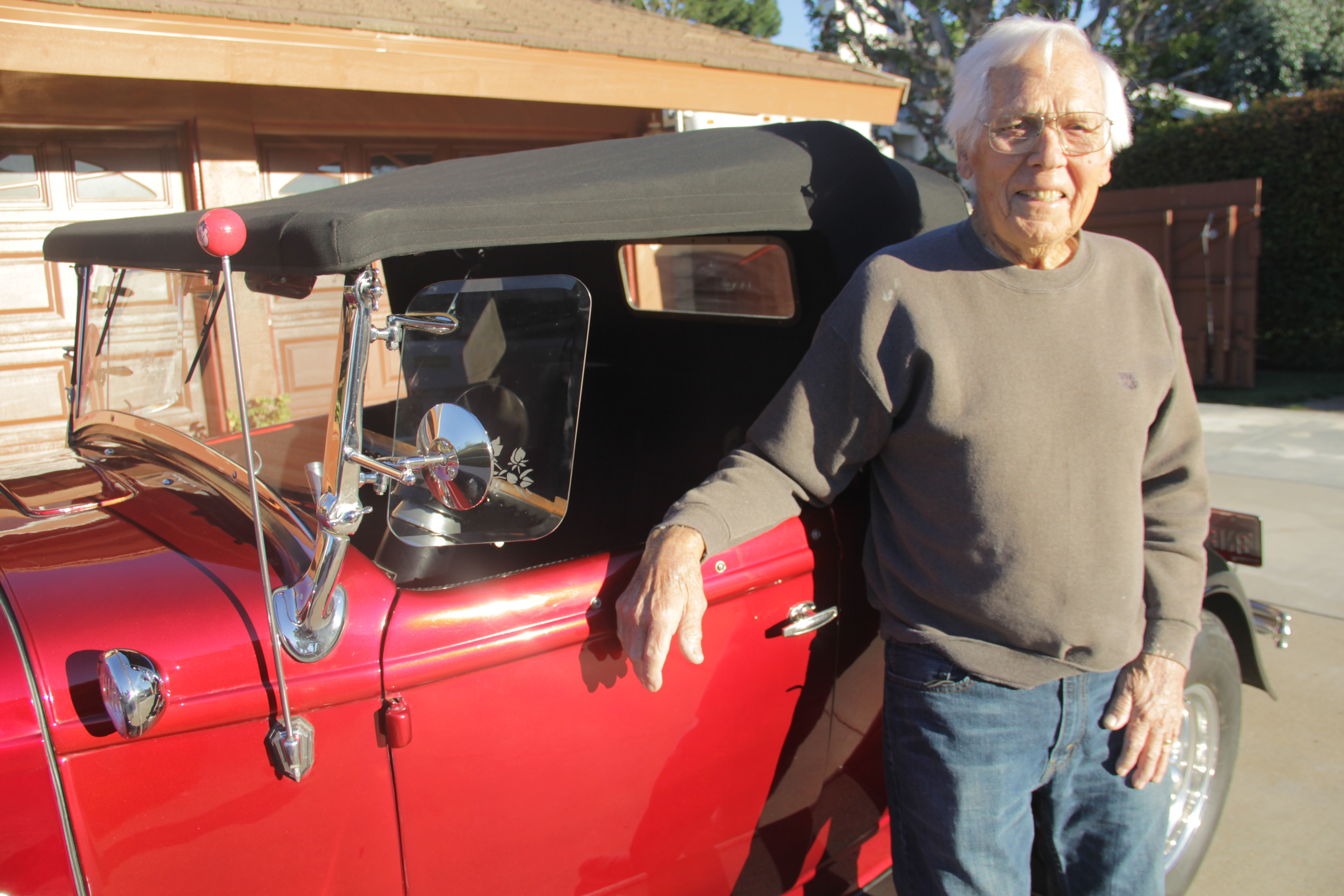 More than 1,000 automotive enthusiasts are expected to gather for the annual fundraising event

“I’d get to a Roadster with fenders and I’d really look at it,” Ellis recalled. “I just loved it.”

The style of the vintage car had really caught his eye. So much so that when Ellis came across a 1932 Ford Roadster for sale 15 years ago, he had to have it.

Built with a 302 Ford engine and a Ford Mustang style front end, Ellis’ Roadster features a Rumble seat in the back while sporting a red coat and black fenders.

Ellis, 89, is no stranger to Ford vehicles. His first car at 16 years old was a 1930 Ford Model A. At the time he bought it, it didn’t even have an engine. He and a friend had to find one and install it.

“I’m really not much of a mechanic, but I was able to do the work on that and got it running,” Ellis said.

In his garage, Ellis also has a 1956 Ford pickup as well as a 1941 John Deere tractor. But Ellis doesn’t consider himself a car enthusiast, rather considering his collection of classic vehicles a hobby.

Ellis’ Roadster will join about 400 other antique show cars and trucks at the Rotary Club of San Juan Capistrano’s annual Car Show on Saturday, Feb. 2. The fundraising event is expected to draw more than 1,000 automotive enthusiasts.

All the proceeds from the show will help support several organizations including the Boys & Girls Club of Capistrano Valley, Marine Corps families, Boy and Girl Scouts, Friends of the Library, J.F. Shea Therapeutic Riding Center, CREER Communidad y Familia and the Capistrano Animal Rescue Effort (CARE), to name a few.

The Rotary typically raises about $120,000 annually for the charities, with about $30,000 coming from the car show, according to rotary member Paul Murai, the car show’s chairman. This year, he said, the Rotary club is hoping to raise $40,000 from the event.

“We’ve had a really good response from all the participants, good sponsorship and our vendors,” Murai said. “So, I’m looking forward to an exciting year with all the people supporting our Rotary Club.”

In addition to the plethora of hot rods, muscle cars, trucks and motorcycles that can be seen at the car show, the Rotary Club will also feature the Chevrolet Camaro SS Nitro Funny Car sponsored by the Auto Club of Southern California.

The Funny Car, which the Auto Club unveiled to the National Hot Rod Association (NHRA) in February 2017, features a special paint design honoring the California Highway Patrol, according to AAA. As part of the NHRA’s 2017 racing season, the program “NHRA Salutes First Responders” was launched to pay tribute to local police, fire, medical and recovery services.

“That should be a big hit,” Murai said. “This is something new to our car show.”

Typically, most of the vehicles that are registered for the show, Murai said, are local to Southern California. But over the years, the event has grown to include more vehicles from other parts of the country such as Arizona, Illinois and Florida.

“Our show is becoming more popular so we’re really getting some nice cars from other areas,” he said.

For the last 15 years, Ellis and his wife, Betty Ellis, have enjoyed driving the Roadster around and showing it off at car shows. But as he gets older, Ellis said, he’s finding it harder to get in and out of the car.

“It’s gotten to a point where I can hardly get in and out of it. It’s kind of a struggle,” said Ellis who will be turning 90 this March. He noted that he has no problem hopping in his ’56 pickup and driving it.

“This is just too compact … a few years ago it was no problem, (but) you’re just not as limber as you used to be at 90,” Ellis said with a laugh, referring to the Roadster.

To help give it some exposure so he can sell it, Ellis has entered the vintage beauty in the upcoming car show.

“I wouldn’t want to take a three-month road trip in it, but other than that it’s been a good little car,” he said.

The Car Show begins at 7:30 a.m. at the San Juan Capistrano Community Center and Sports Park. Tickets for adults are $5 and $2 for children aged 11-17. Kids under 11 get in free.