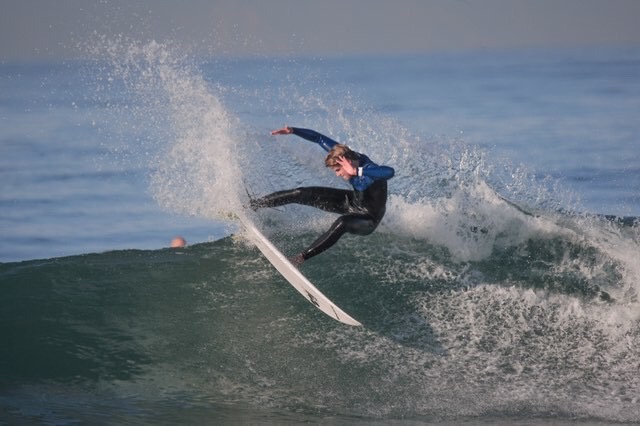 Jake Vandenburg, a St. Margaret’s junior and San Clemente resident, earned the Scholastic Surf Series Orange County High School men’s shortboard title for the 2018-19 season. Vandenburg also took third in the season longboard standings, and on April 15, he finished fourth out of 108 surfers at the SSS State Championships in Oceanside.

There wasn’t a shortage of drama for the San Juan Hills softball team’s regular-season finale.

The Stallions traveled to Mission Viejo on Wednesday, April 24 in a tie with the Diablos for the third and final playoff spot out of the South Coast League. The winner would advance to the postseason.

Mission Viejo got the start it wanted with a two-run first inning and took a 3-0 lead after two innings. San Juan Hills got one run back in the third inning, but the Stallions couldn’t break through in the next three innings.

San Juan Hills was down to its potential final outs of the season in the seventh inning, but the Stallions rallied for two in the frame to tie it and force extra innings. San Juan Hills then made quick work of the extra time with a run in the eighth inning to secure the win and the playoff berth, 4-3.

Phoebe Popplewell pitched all eight innings for San Juan Hills to pick up the win. Ashley Corpuz hit a home run, and Angelica Gonzalez, Leah Carey and Natalie Gleason each collected an RBI.