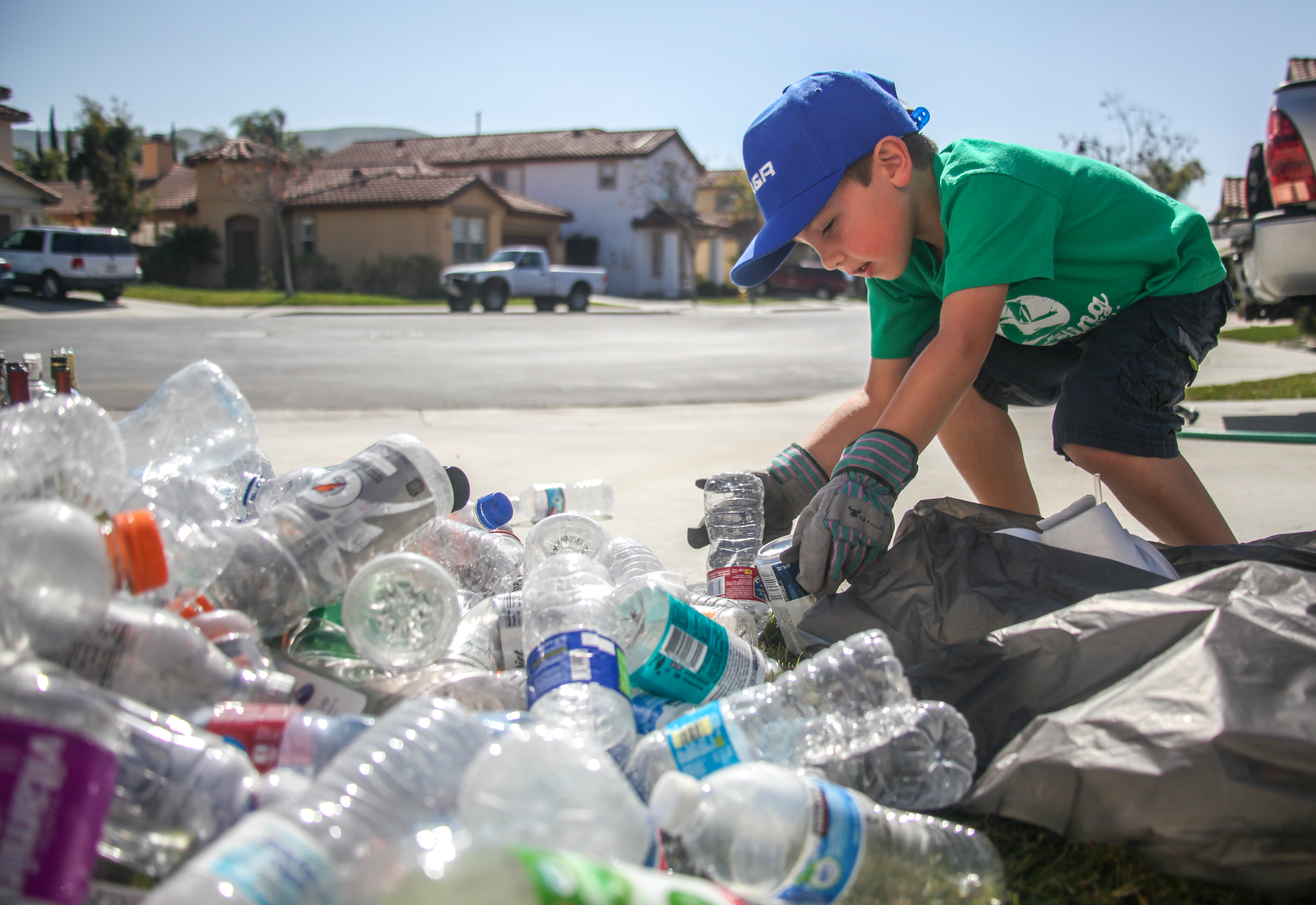 San Juan Capistrano 6-year-old starts his own recycling business, aspires to drive his own garbage truck one day

If there’s one thing 6-year-old Ryan Hickman loves, it’s sorting. So when, at the ripe age of 3, his parents, Damion and Andrea, let him come along to return some water bottles at a recycling center, he was thrilled to help.

“He likes to sort pretty much anything, and he liked putting the bottles in the machine,” Damion, said. “He probably got two or three bucks, and he was so excited about it. And of course then he got to sort his change, so that meant more sorting.”

For an average 3-year-old, that probably would have been the end of the story. But when Damion returned home from work the next day, Ryan was waiting for him in the driveway. He told his dad that he wanted to show him his new business—or “bidness” in toddler talk.

“I asked him what it was, and he kind of waved down the street and goes, ‘tah-dah!’” Damion recalled. “Ryan and Andrea had gone around giving all the neighbors trash bags—he wanted everyone to start saving cans for him.”

That was the beginning of Ryan’s Recycling Company, established in 2012 in the family’s San Juan Capistrano home. A first-grader at Ambuehl Elementary School, Ryan has already earned more than $8,000 by collecting cans and bottles from about 40 “customers” in five different neighborhoods. His biggest client is the El Niguel Country Club.

Of course, being a 6-year-old entrepreneur comes with some hurdles. Ryan’s parents, grandmother and aunt all help drive him around to collect his recyclables and often make multiple trips to pick up a few carloads at a time. The family’s backyard acts as Ryan’s sorting facility, where he has about eight large trash cans that he sorts containers into—bottles and cans, plastics and glass, they all have their place. Ryan’s family visits the recycling center every third Sunday, and on the weekends he can often be seen sorting to prepare for those visits with his work gloves on and sporting a blue CR&R hat.

The young businessman said even though he has to dump the occasional “yucky liquids” from some of the collected containers, it’s all worth it—every nickel goes into a savings account and toward his dream of owning his own garbage truck one day. Since he’s got about 10 more years until he can learn to drive, Ryan figures that gives him at least a decade to earn the $70,000 needed to purchase a used truck, or $120,000 for a brand new one.

“Ryan’s one of those really unique kids who has a passion,” said his first grade teacher Suzanne Devaney. “He just sees things that need to be done and he does them.”

Since the company’s inception, Damion, who does graphic designing, has created business cards for Ryan as well as Ryan’s Recycling T-shirts, which sell for $13 apiece. All the proceeds from the shirts are donated to the Pacific Marine Mammal Center—so far they’ve contributed about $1,000.

In a YouTube video posted last July, Damion asks Ryan if other people should start recycling to help save the earth.

His answer has changed a bit since then. Ryan said he thinks people should start recycling not only to earn some extra cash, but “because it helps the world, too.” He worries that birds at the beach may eat the trash and “get sick or die.”

“He’s very passionate about it, and he likes to get everybody else passionate about it as well,” Andrea said. “I think he’s rubbed off on all of us now. You find yourself walking past a can on the ground and needing to pick it up instead of walking away and leaving it there.”

Ryan’s story is featured in this year’s Green Issue, a special insert packed with information on products, events and practices for a more eco-friendly life. Click below to view the annual guide.