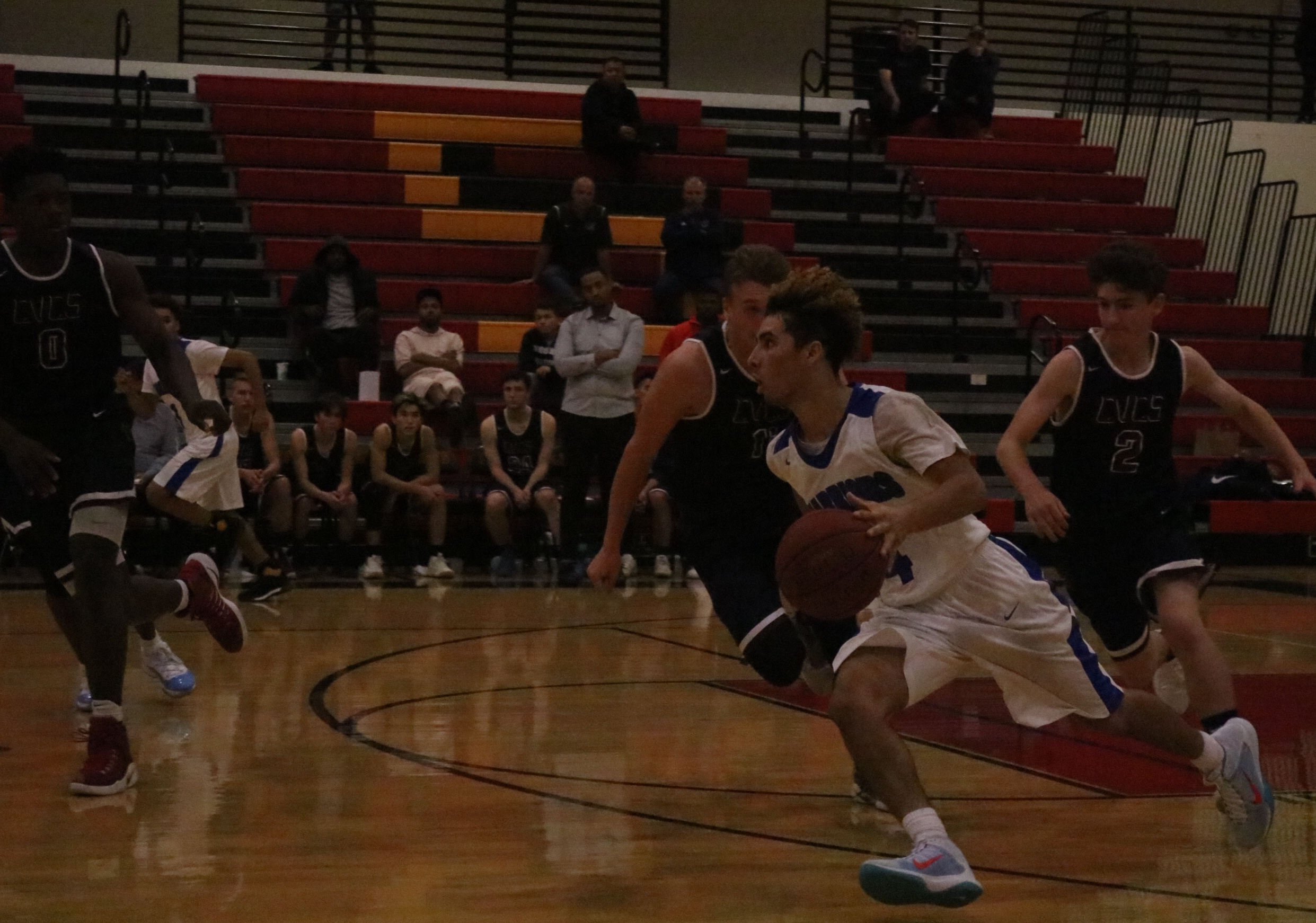 SAN JUAN CAPISTRANO – It’s been a tumultuous few days for the Saddleback Valley Christian boys basketball team, but the Warriors pulled out a positive on Monday night.

SVC took its first league loss in a stunning last-second comeback on Saturday, Feb. 3, and on Monday morning, learned that their head coach would not return to the program.

The Warriors put all that behind them, and in a game where neither team could find separation, SVC’s leader, Jonah Tolmaire, scored his team’s final eight points to take the lead twice and ice the win over Capistrano Valley Christian, 54-48, in a San Joaquin League game at JSerra High.

“We’ve got a gritty group,” SVC assistant coach Josh Markum said. “All of our guys are always locked in. They’re tough kids. They play together. They’re in it together. In close games like these, it always comes down to who plays more together. I’ll take my guys any day.”

SVC (21-5, 5-1) remained in first place in the San Joaquin League by a half-game over Orangewood Academy. The Warriors could clinch the league title with a win when they travel to Orangewood in Garden Grove on Wednesday.

CVC (18-8, 5-3) could have clinched at least a share of the league title with a win. This was the final regular season game for the

Eagles who will hope to hang onto second place.

SVC closes out the regular season with a back-to-back on Wednesday at Orangewood and Thursday at home against the Webb Schools.

The back-to-backs aren’t unusual for SVC with Monday’s win being its fifth game in seven days in this sprint to the finish.

“They’re just exhausted,” Markum said. “Playoffs are coming up. They’ve got their last game on Thursday. Then they’ve got three, four days to rest, and it’s much needed. We’re kind of getting exhausted, but it goes back to toughness.”

The Warriors are dealing with another tough situation as on Monday morning it was confirmed head coach Tom Lewis would not return to the SVC program. Lewis had not been with the team since early January.

“One of the kids came up and showed me a tweet today,” Markum said. “That’s when I knew. Just going with the flow. Trying to win basketball games.”

The Warriors got that much needed win by sticking close to CVC in an energetic and entertaining game.

Both sides student sections showed up and made some noise as the teams traded baskets nearly all night.

CVC possessed the biggest lead of the game, six points, only twice – early in the first quarter and to open the second quarter. The teams batted to nine ties and 11 lead changes.

CVC took a five-point lead into the fourth quarter where the game slowed down and SVC tried to find its moment.

“Offensively, we were pretty stagnant up until the fourth quarter,” Tolmaire said. “We knew we had to grip tight and hold on. We just had to get stops. Our main emphasis was to get stops, lock up and try to get the ball back.”

The Warriors held the Eagles to just three points in the fourth quarter, and Tolmaire grabbed the lead, 48-47.

“Make the best play I can,” Tolmaire said of his mindset late. “Whether that’s scoring or passing to my teammate that’s wide open. Making the best play.”

Tolmaire iced the game with four free throws for a game-high 22 points.

For in-game updates, news and more for all San Juan Capistrano sports programs, follow us on Twitter@SouthOCSports.