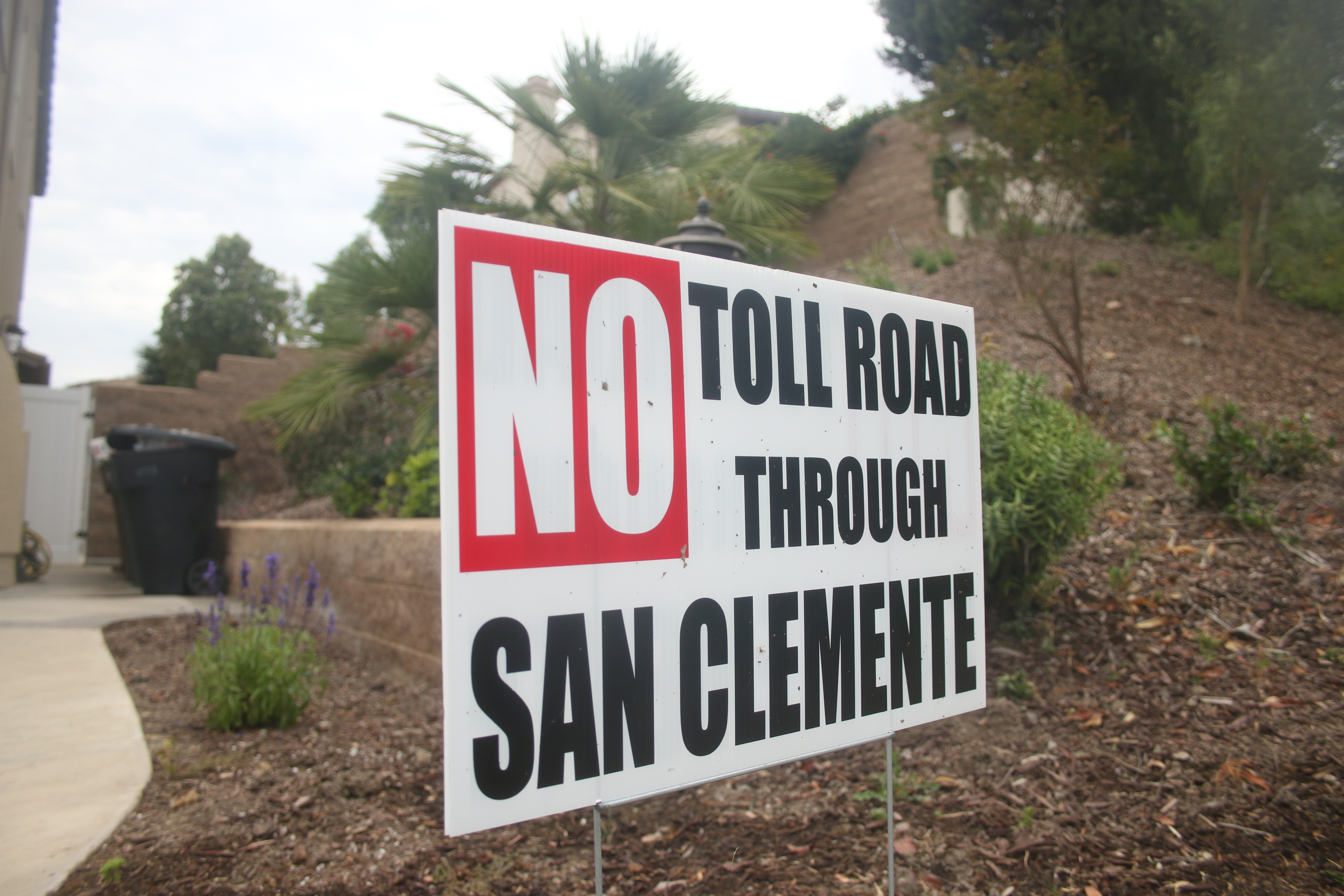 With a giant check for $5,000 behind him, Charles Mann, a San Clemente activist, suggested the city should explore the possibility of putting a ballot initiative opposing toll road proposals and protecting open space on next year’s ballot.

Mann was successful in crafting ballot initiatives in the past that protect open space in San Clemente.

“Once you build on open space, it’s gone forever,” Mann said. “…The residents can actually dictate whether they want to dedicate certain places of open space for development.”

Mann said his donation is to help ensure the city keeps its open space and blocks any toll roads proposed. He also said he wanted the city to adopt an advisory action to see if they would want a toll road through town.

“This will put San Clemente at a point of leadership and leverage to where we could potentially stop the toll roads from coming through San Clemente forever,” Mann said.

Although it’s unclear whether the initiative would create law to prevent such construction, Mann said this would empower the city.

Mark McGuire of the Coalition to Save San Clemente, said he has explored the idea of getting behind a ballot initiative, but would like to see something that would initiate action rather than a consensus of the roads; however, McGuire said a ballot initiative that resulted in a vote against the toll roads would show San Clemente’s position at greater length.

“I’m happy to see Charles involved, and I know that he has a lot of folks that he’s been able to mobilize in the past,” McGuire said. “The measure could be a good way to increase awareness and send an indication of the amount and extent of opposition to these concepts through town.”

The ballot initiative has not been drafted at this time, but former San Clemente mayor Wayne Eggleston said they are looking to move forward on a proposal in the near future. The deadline to gather signatures and submit the initiative would tentatively be July 2018.