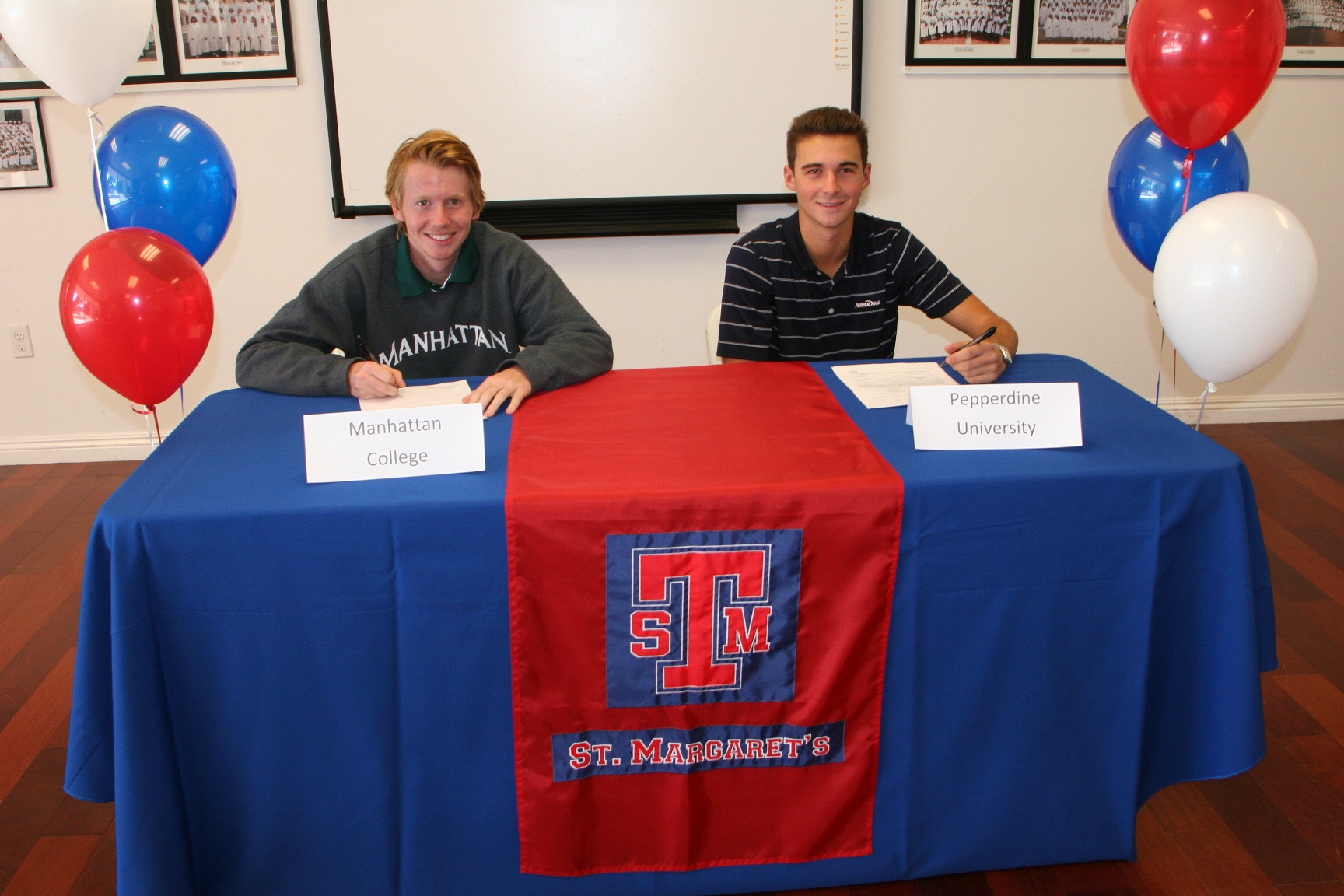 Several San Juan Capistrano high schools held a National Letter of Intent signing day for the fall period on November 13, honoring the athletes who will take their talents to the collegiate level.

Hunter Edington will play lacrosse for Manhattan College next year. Edington was a crucial part of the Tartans run to a US Lacrosse Southern Section Championship last season. In the championship game against Harvard-Westlake, Edington scored five goals in the final 24 minutes of play to help lift St. Margaret’s to a 15-8 win and the top of the southern California high school lacrosse world.

Justine Bowers signed her letter of intent to play volleyball for Gardner-Webb University, North Carolina. Bowers was a three-time team captain for the Stallions. Bowers was named second team All-Sea View League in 2010 and was named to the first team in 2012. She was also a member of the Stallions track and field team, competing in the 100 and 300-meter hurdles.

Abriana Conklin signed to play basketball at the University of California San Diego. The co-captain is a four-year varsity member. As a junior, Conklin averaged 13.4 points, 7.8 rebounds and 2.6 assists per game and was named first team All-Sea View League.

Courtney McKeag signed to play volleyball for the University of South Carolina, Columbia. The varsity team co-captain was a member of USA High Performance Volleyball from 2011-2012 and won the coaches award for the Frosh/Soph team in 2010.

Mikena Werner signed to play volleyball at Claremont McKenna College. Werner was a four-year varsity letterman and team captain for the Stallions. She was named second team All-Sea View League in 2012 and first team in 2013. She has played in the Junior Olympics five times. Werner was named the team MVP in 2012.

Logan Zotovich signed his letter of intent to play volleyball at the University of California Irvine. Zotovich is a two-time captain of the Stallions boys volleyball team and was named first team All-Sea View League in 2013.

Brook Milo signed to play softball at Towson University. Milo is the current single season and career record holder at San Juan Hills in hits, RBIs and home runs. She was named first team All-Sea View League in 2012 and is a two-time team MVP.

Coss and Fajardo are the second and third Eagles players in the last two years to sign to NCAA Division 1 programs.