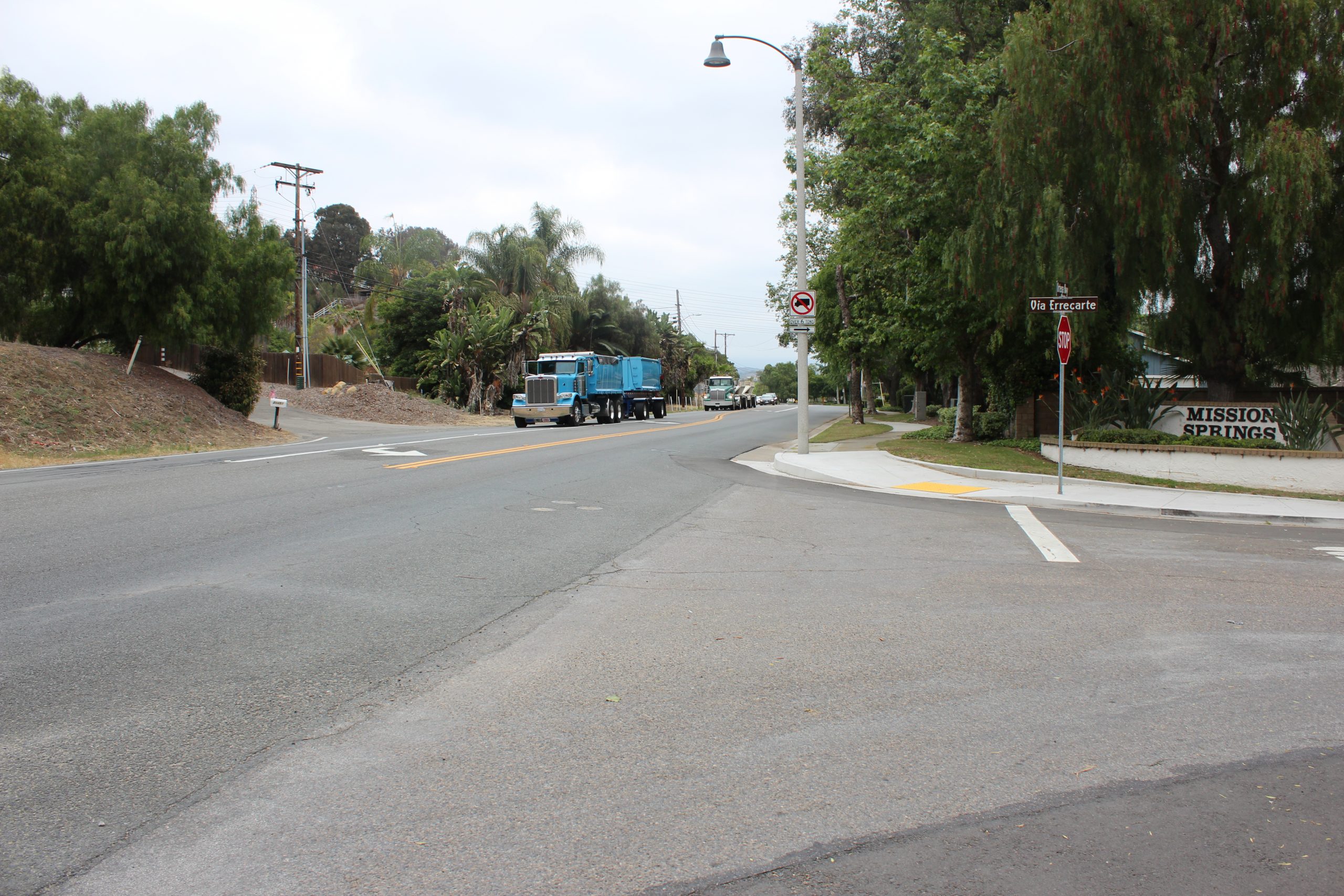 The San Juan Capistrano City Council signed off on funding agreements with the Orange County Transportation Authority and County of Orange that ensure the city doesn’t have to pay for the much-anticipated widening of Ortega Highway.

The council approved the agreements during a meeting on Tuesday, May 18. The project would add a lane in each direction on Ortega Highway on an approximately 1-mile stretch, from Calle Entradero to Reata Road, to ease traffic congestion. The widening has been discussed for at least a decade, and it is currently in the design phase.

OCTA will contribute $5.25 million and the county will provide $1.75 million, with the city acting as a passthrough agent. Those funds are expected to cover the $7 million in Caltrans design costs.

The county’s funds will reportedly come from Rancho Mission Viejo, which will provide $500,000 by July and the remaining $1.25 million by January 2022. The stretch of Ortega Highway passes by RMV. The Orange County Board of Supervisors will consider the agreement with the city during a June 22 meeting.

Mayor Pro Tem Derek Reeve said there was a time when the city was rather split on the widening, but perspectives have shifted as the area has grown.

“Now that we have all that development and we have more people, residents in San Juan really regularly using this location, I would say the residents overwhelmingly want to get this widening (done) as soon as possible,” Reeve said.

Design and right-of-way acquisition could be completed in 2025. The ballpark estimate for the total project costs is about $70 million. State construction funding is reportedly about $50 million short. Councilmember Howard Hart said total costs will likely increase and that the widening will cost more than $1,300 per foot, a number he called “mind-boggling.”

“That $50 million has not been identified,” said Steve May, project manager for the city. “However, with the environmental (work) being completed and design being underway now and to be completed in a couple of years, that project will be and may be now eligible or a good candidate for future infrastructure grants and programs.”

When actual construction begins will depend on funding, and the construction will likely take two to three years.

Provisions of the agreement include there being no project-related liabilities, such as cost overruns or greater-than-expected right-of-way costs, for the city.

A traffic signal will be also added at Hunt Club Drive.

“As a side note, since we’re talking about funding, there is a settlement agreement from 2011 that does commit the city to 50% of the operation and maintenance costs for the Hunt Club traffic signal,” May said. “That will amount to about $5,000 per year.”

About 500 feet on each end of the project area will be mostly just striping, with the rest being the actual widening, according to May.