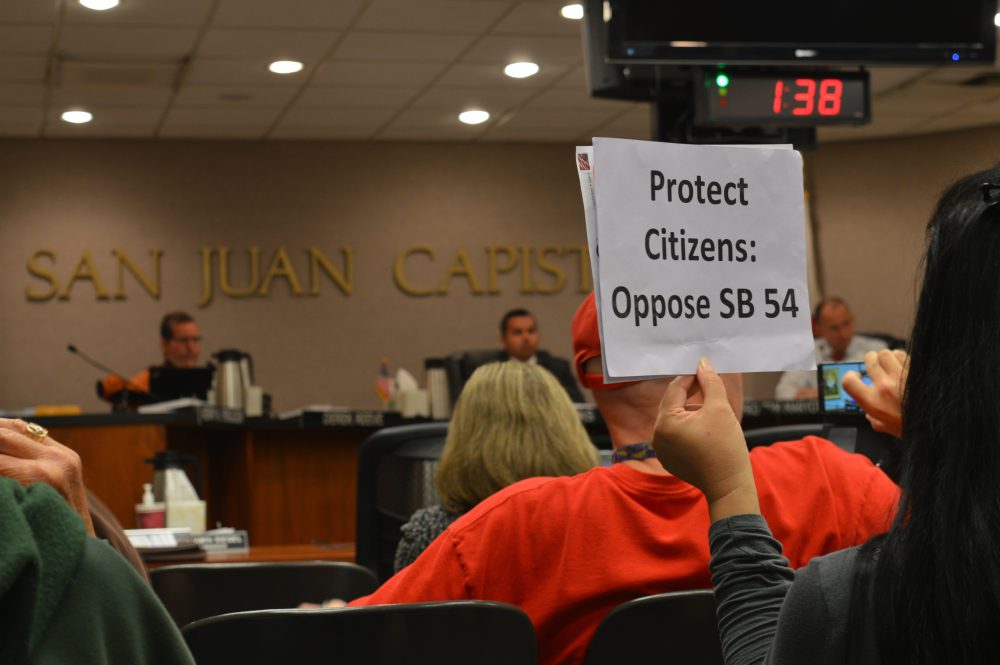 Brought to the City Council’s agenda by Councilwoman Pam Patterson and amended by Councilman Derek Reeve, the resolution condemns SB 54 as a state law that “severely inhibits” law enforcement and brings a “threat” to public safety. SB 54 has been in effect since Jan. 1 and essentially gives state and local law enforcement agencies discretion in whether to use money or personnel to investigate, interrogate, detain or arrest persons for immigrant enforcement purposes.

“We have to send some kind of message (to Sacramento),” Councilman Brian Maryott said.

About 30 people spoke on the resolution during public comments, with about half on each side of SB 54.

Some 15 people, many wearing “Make America Great Again” hats and donning other President Donald Trump garb, sat at the front of the audience supporting the City Council’s resolution to condemn SB 54. The majority of people who spoke in opposition to SB 54 were not from San Juan Capistrano, with some people traveling as far as Torrance to speak in favor of the resolution.

“My daughter was in a (car) accident with an illegal alien; it almost killed her,” McCarthy said. “This isn’t something that’s just happening now. It’s been going on 20 or 30 years.”

The majority of the people in attendance in favor of SB 54 and opposed to the City Council’s resolution were from San Juan Capistrano. Resident Heather Chapman, who said she works for an organization that helps under-sourced residents of San Juan Capistrano, said she felt that the resolution paints her immigrant neighbors as criminals.

“These mixed-status families are not the criminals some think they are, but they are often victims,” Chapman said. “That is exacerbated by (the notion that immigrants) won’t trust police unless police don’t have the power to rip their families apart.”

Farias, a son of Mexican immigrants who was born and raised in San Juan Capistrano, said he sees SB 54 as a short-term political gain to Republicans and that, noting the resolution is symbolic, SB 54 did not directly relate to City Council business. 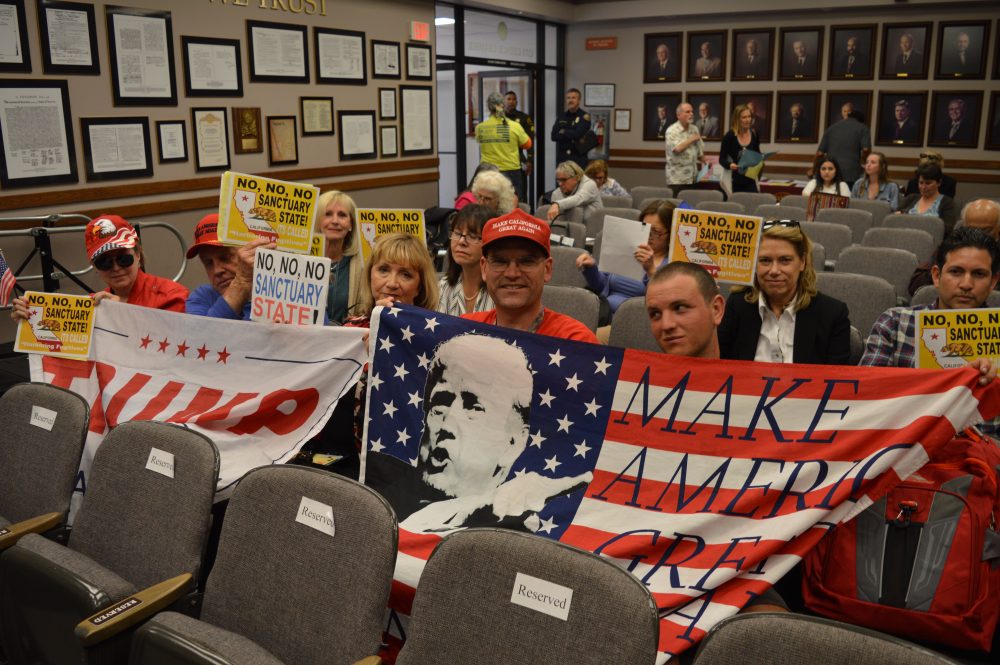 Some 15 people were in favor of the City Council's resolution. 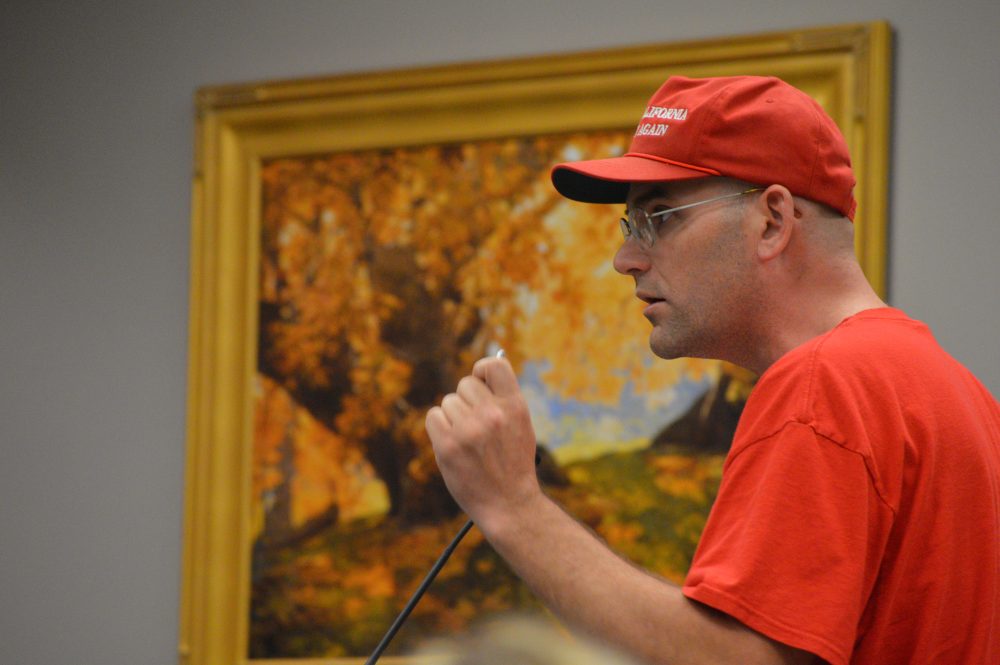 Arthur Schaper of Torrance was in favor of the resolution. 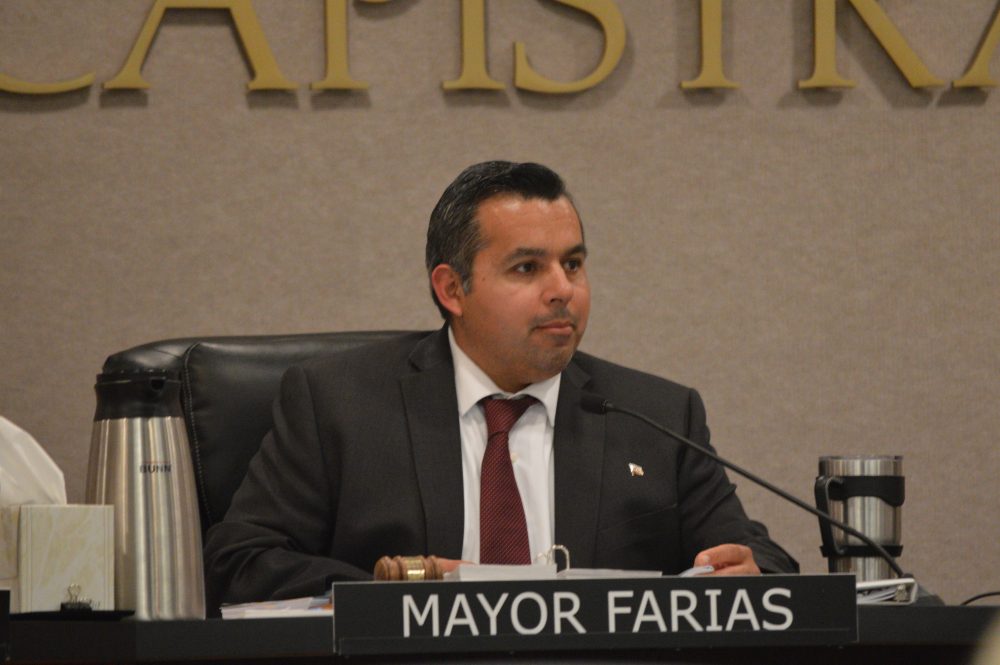 Mayor Sergio Farias was the only dissenting vote to the resolution. 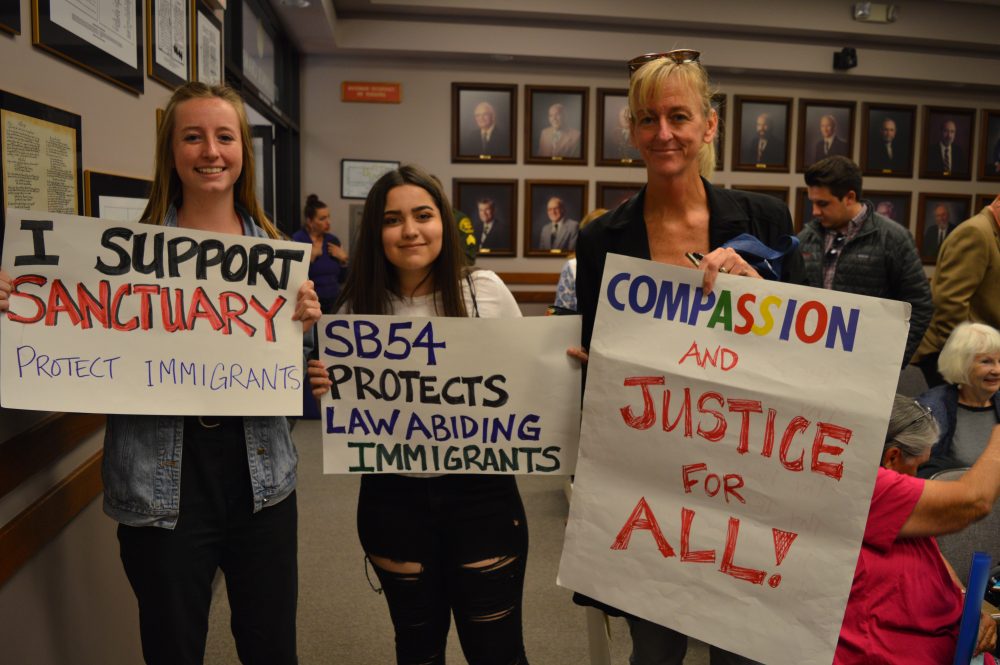 Some 15 people were opposed to the City Council's resolution. 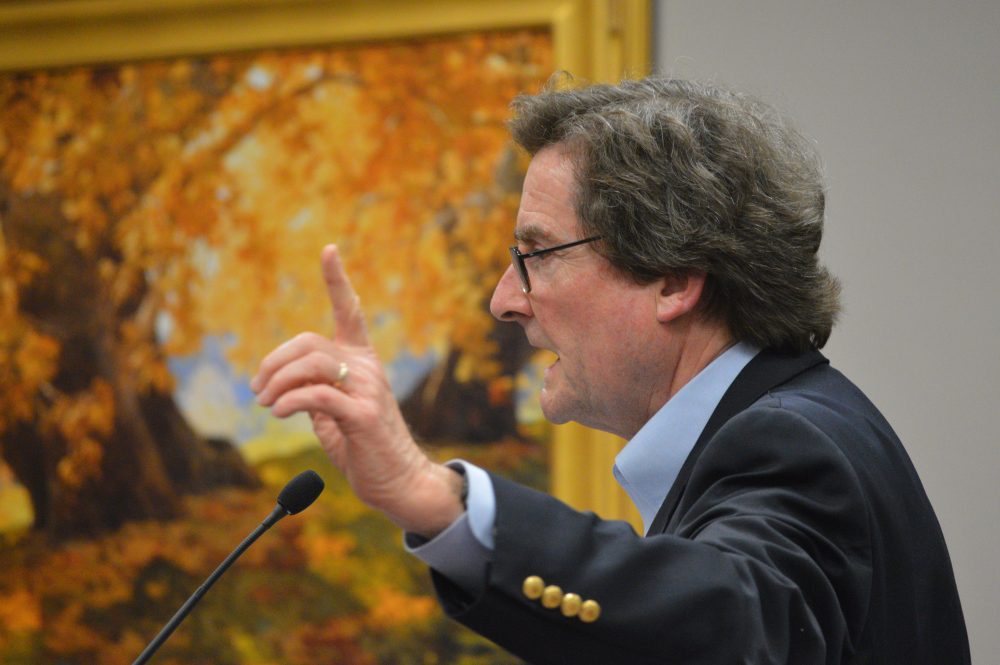 Ed Connor of San Juan Capistrano was opposed to the resolution.

Councilwoman Kerry Ferguson said the resolution is not intended to hurt immigrant communities in San Juan Capistrano, but it’s about public safety.

The vote comes after the Orange County Board of Supervisors condemned SB 54 and voted to take legal action against the state law, in addition to a growing list of other Orange County cities that are taking a variety of anti-SB 54 actions as well.

The San Juan Capistrano resolution asks the City Council to join the Orange County Board of Supervisors’ resolution in condemning SB 54, adopted 4-0 on March 27.

“If they are undocumented and committing crimes, they need to be deported,” 5th District Supervisor Lisa Bartlett, who is San Juan Capistrano’s representative, said at the March 27 meeting.

The OC Board of Supervisors’ resolution also directed the County’s legal counsel to join the lawsuit filed by U.S. Attorney General Jeff Sessions last month against California regarding SB 54, arguing that California has “no authority to enforce laws that obstruct or otherwise conflict with, or discriminate against, federal immigration enforcement efforts,” the lawsuit from Sessions reads.

San Juan Capistrano City Council did not follow suit in joining the Board of Supervisors’ vote to pursue legal action.

“We don’t enforce (immigration). So, in theory, it shouldn’t affect us at all either way,” Bulanek said prior to the City Council meeting. “We don’t do any immigration enforcement.”

Bulanek added that the only danger regarding the sanctuary city laws—whether imposed or not—are the misconceptions and politics surrounding them.

“To us, it doesn’t matter (if you’re an immigrant or not). I don’t know where you’re from, if you’re a citizen or not, if you call (the police) then we’re going to help you,” Bulanek said. “The only dangers are misconceptions—people not calling in crimes because they’re fearful—that shouldn’t happen.”

However, SB 54 has more of an impact on what happens after an undocumented immigrant is arrested and in jail.

Although SB 54 mandates law enforcement cannot investigate immigration status, the bill allows law enforcement agencies the discretion to respond to Immigration Customs and Enforcement (ICE) requests of pending releases of certain inmates. According to an OCSD press statement, since Jan. 1 to March 19, there have been 168 inmates who met provisions of specified serious offenders and were released from OCSD to ICE custody under the TRUST Act, which allows law enforcement to hold undocumented immigrants for more serious crimes, including but not limited to felonies or higher-level misdemeanors.

Also, SB 54 allows inmate information to be made public and, accordingly, OCSD on March 26 made inmate information publicly available via the ‘Who’s in Jail’ online database through their website (www.ocsd.org). OCSD Sheriff Sandra Hutchens and Undersheriff Don Barnes both said they are against SB 54 and encourage legislatures to defeat the bill, according to the press statement.

“SB 54 makes local law enforcement’s job more difficult and requires bureaucratic processes that could allow dangerous individuals to fall through the cracks of our justice system,” Hutchens said in the statement. “My department, however, remains committed to cooperating fully with federal authorities in all areas where I have discretion to remove serious criminals from our community.”