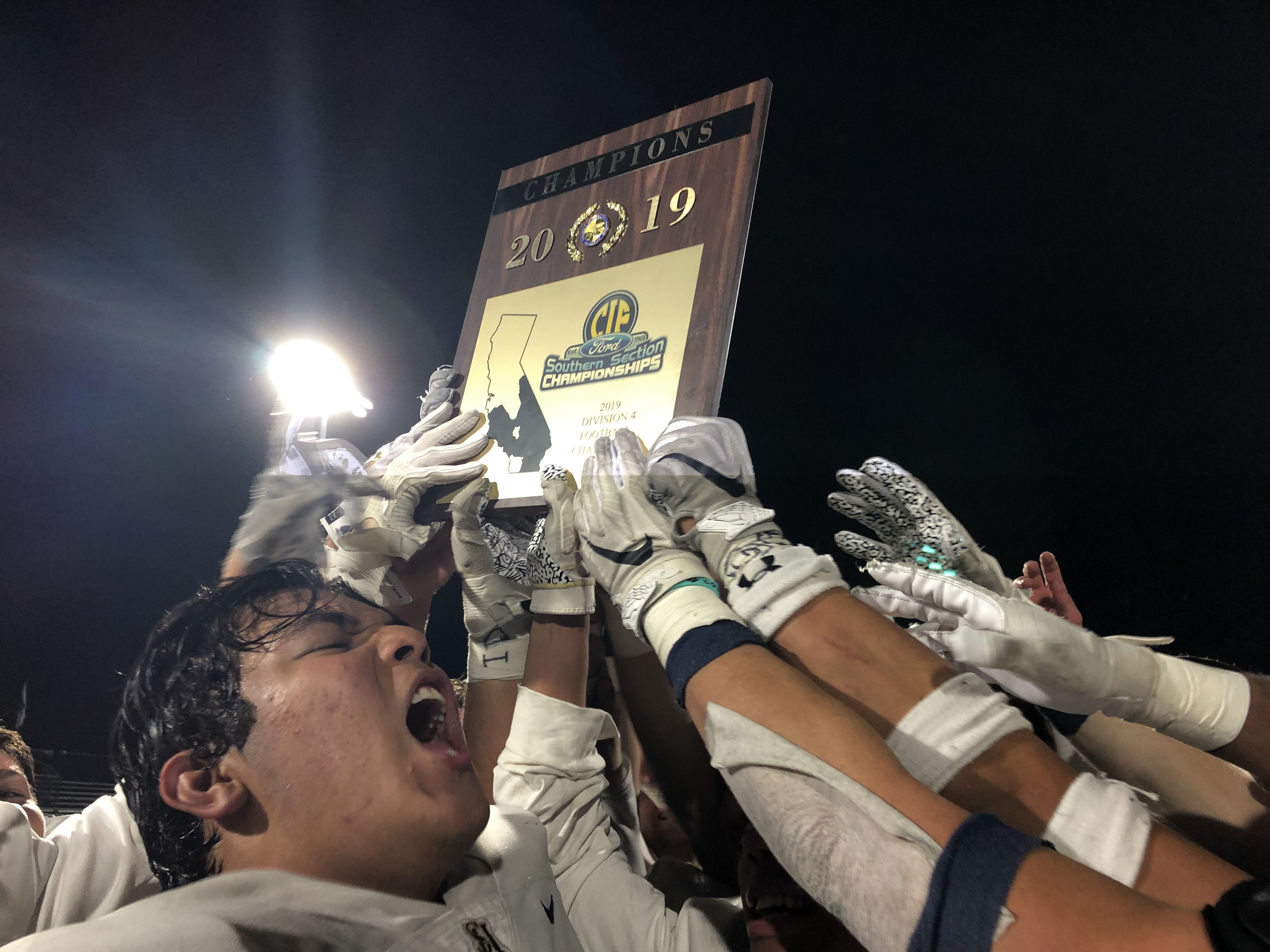 The San Juan Hills High School football team was recognized by the San Juan Capistrano City Council for their CIF-SS Division 4 championship win during a council meeting on Tuesday, Feb. 18.

The San Juan Hills football team won its first CIF-SS championship in a 21-15 win over Loyola of Los Angeles in November 2019. Mayor Troy Bourne read the names of players and coaches during the recognition and even put on a San Juan Hills sweatshirt at the start of the meeting to show his support.

“I’ve been waiting to wear this sweatshirt,” Bourne said. “I got to attend most of the games, and it’s the best season of high school football I’ve ever seen in my entire life. We got to be a part of some really exciting games.”

Recognition certificates were given to the team. The team contributed in a meaningful way to what it means to be proud of the area, Bourne said, eliciting applause from the audience.

Coach Rob Frith said he and the team were honored to receive the recognition.

“Thank you, Mayor Bourne and City Councilmembers for having us,” Frith said. “It is extremely flattering to be the head coach of this football program. For me, personally, it’s a pleasure each and every day to serve this community and work with these young men.”

The players are phenomenal and the family atmosphere created through the football program will be something they remember, Frith said.

“We are honored and humbled to (bring home a championship), and to be here this evening is a dream come true,” Frith said.

In other meeting news, several residents suggested public art installations be put up around town to enhance the appearance of San Juan Capistrano.

The next council meeting is Monday, March 2. The meeting is being moved from the usual Tuesday slot because of the primary elections on March 3.