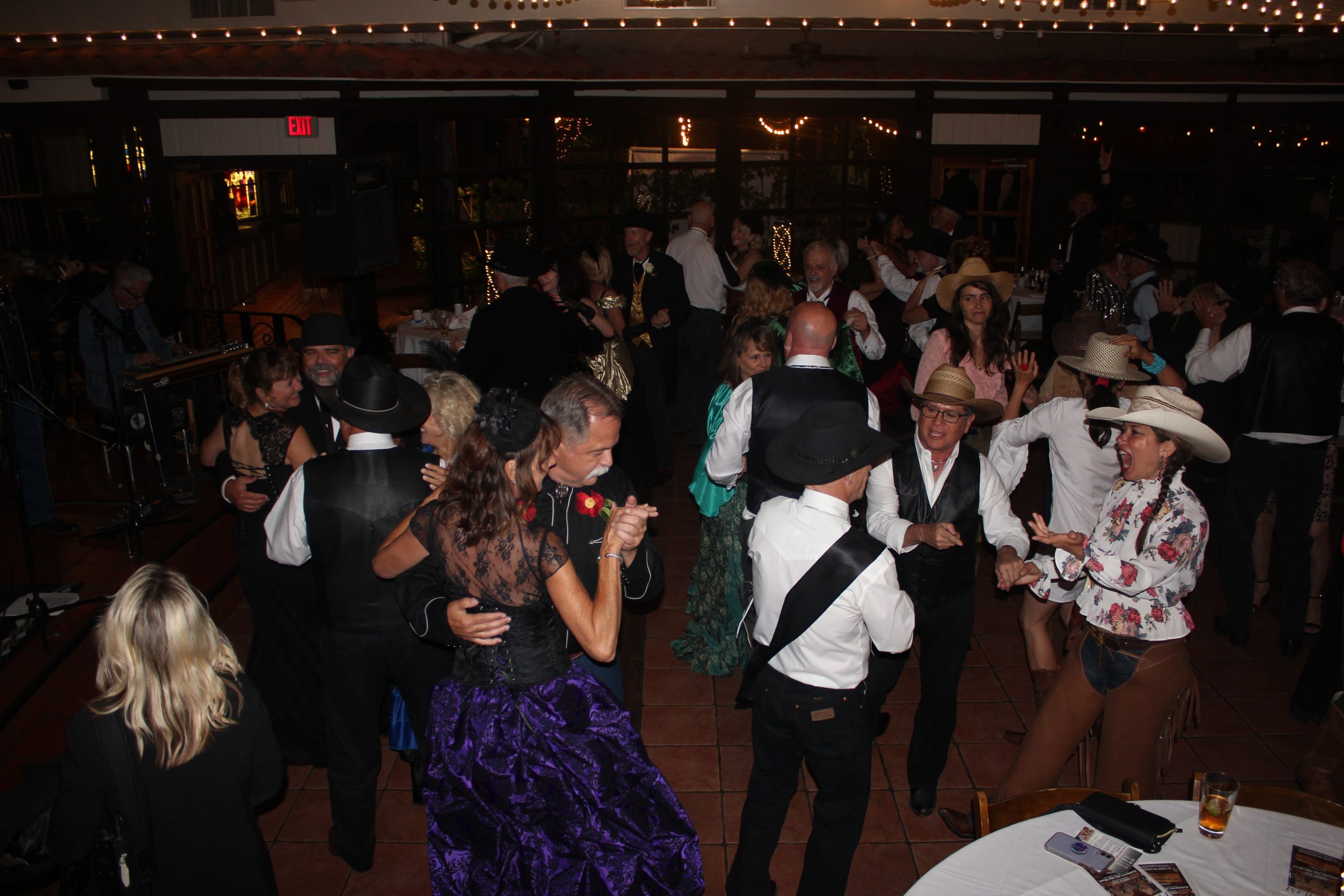 Some people spent their Saturday night dressed in Western attire while dancing and hugging in a crowded room—and without a mask in sight.

You’d be forgiven for thinking that San Juan Capistrano scene was from before the COVID-19 pandemic, but it actually occurred on June 19, 2021—more than a year after coronavirus concerns first became a fixture of daily life.

Since pandemic restrictions were lifted in California days beforehand due to low case numbers and relatively high vaccination rates, the San Juan Capistrano Fiesta Association’s El Presidente Ball and other regular events have returned. The back room was filled for the ball at El Adobe de Capistrano, where community members ate and chatted without having to worry about social distancing or capacity limits.

“It was nice to see we’re taking the steps we need to take to get back to some sense of normalcy,” Fiesta Association President Jim Taylor said. “I wasn’t expecting 177 people to come. The event sold out a while ago. It’s a good thing.”

In another light at the end of the tunnel, the annual Swallow’s Day Parade is scheduled again for March 12, 2022, after being canceled in 2021 and indefinitely postponed in 2020.

“It should be relatively not-so-bumpy planning,” Taylor said. “The lineup’s done, and as long as the majority of the entries re-up for the parade, it’s a parade in a box.”

It is hoped with other mass gatherings scheduled to happen beforehand—including the Rotary Club of San Juan Capistrano’s car show at San Juan Hills Golf Club on July 10 and the Festival of Butterflies at Los Rios Park on Aug. 7—the parade will signify a sure sign of regular life, and not just the end of the pandemic.

“By the time we hit Swallow’s Day, if the variants are under control and the vaccinations are all figured out, then I think it may be the first normal thing that happens,” Taylor said. “That’s what I’m looking forward to—oh, wow, not everybody’s suffering from cabin fever. I’d be real happy if it was just a normal event. This has been a horrifying 10, 15 months.”

The day before the ball, the San Juan Capistrano Coffee Chat forum returned to its traditional, in-person format at Hennessey’s Tavern for the first time since the pandemic, with a full audience inside. The town halls have been held over Zoom during the health crisis.

“It’s been 67 weeks since we met in person,” host Erin Beyer said. “We’re super happy to see this many people back this morning. Obviously, we’ve all been waiting a long time for this opportunity.”

Organizers waited for restrictions to be fully lifted before bringing back the in-person forums. For now, Coffee Chat will still be held over Zoom on the first Friday of each month.

“We’re trying a hybrid. Everything is fluid. Things can change,” Beyer said. “Who would have ever guessed, 68 weeks ago, that we would have ever done a Zoom Coffee Chat? It wasn’t even anywhere in anybody’s brain that it was even a possibility. We’ll just continue to adapt, because one thing we have learned is that Coffee Chat is super important and will never die.”